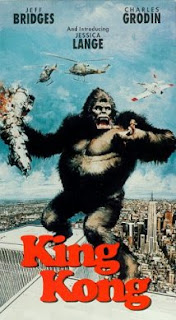 K.overheard the f**got telling some old quen at the bar some nonsense about The Towers.
Why,K.thought didn't
these f*gs go to their own little fa**ot bars that all but infected west Hollywood instead of coming to
"Arnie's Greenery"where NORMAL PEOPLE could drink "like men"
...

The f*ggot was talking loud ,as faggots do.
Faggots ,K. thought loved bringing attention to themselves.
As if,K..thought their Deviant Aberrant natures weren't obvious enough.
according to Neuronautic's and GaryRainy's "Inway to the Enway"
(The ORIGINAL version of "Enways
and the ORIGINAL version of Neuronautics
that now allowed there ABBERANTS"in the club")
Fags,according to Gary Rainy were a minus 7 on the Evolutionary Scale-
and hearing this c*cksucker talk
K. decided to make that a Minus 12,as the fag was going on about 9/11
and how he didn't understand why the "people in charge" didn't blame "it" on some Timothy McVeigh type
so THEY
wouldn't have gotten the "credit-" they "-supposedly" wanted
for "it"
The fag went on how ,"it would have been easy to make "it" spin anyway "THEY" wanted it to..."
K. could barely keep himself from 'spinning the faggot"
-any way HE wanted to
But
K. would .k. decided
SOON ENOUGH
spin the little faggot in ways the little faggot
wouldn't believe possible
Posted by vvvvv at 9:53 PM