outsourcing into the outter limits

IF the tool that is Psychotronic Hand's Off Weaponry wishes to learn to best  interrogate another ,the Neuro Weapons industry also wisely would choose  those best studied in  tactics used to break down another 's resistance. Those familiar with the use of  spinning ,chanting  and "love bombing"to psychologically disorient a member or would  be member of a cult .And therefore it was deemed wise to invite such an organization ,or at least an organization  manufactured to 'seem as such" to help create "this new method " of destroying a human organism  from the inside out .-Cole Cohen 3.17.13-The Memphis Ohio Beat 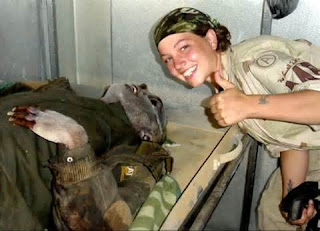 Disney follows Scientology's lead Cue based allocation algorithm based upon induced symbolic "sight" on a participant's visual cortex is limited in that symbolic based Occipital Overlay does not concern self definition but definition of self based upon "communal "perception. To incur instinctive response that is not reflexive it is important the participant's set of probabilities is limited, this can be done by placing "Referential Redundancy" in a participant's social system by introducing associates (a love interest, a nagging neighbor,  a problematic "new employee" at their work place) to entice evoked potentials that only face to face interaction can insinuate. Set Probability serves as a compromise concerning gathering a Real Time/Real Life situation based neural read. Whilst this type of "street theater" may seem analogous to factors of Self Determinant factors if the participant is unaware of Approximal Adaptive Response based on demonstrative engagement only  'street theater "provides.A Restrictive Referential gathered from "actor/participant "cue-ing ,if used to induce priori bound memory in the participant this "method approach" if not entangled with task oriented initiatives is a suitable Categorical tool