Consumed, there was a beautiful white horse I saw on a dream stage
He had a snake the size of a sewer pipe living in his rib cage
I felt like a pickled priest who was being flambéed
You were requisitioned blondie 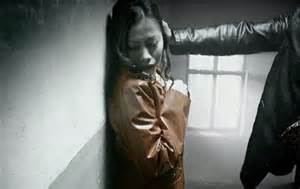 
Aug 25, 2014 - Dixie Shaker was considered not only a asset to the various departments and compartment and agencies responsible for developing specific ...
(1)..as Enhanced Perception was thought of as..beyond human....many Mind Augment Companies justified their actions that went  beyond normal law

Dixie Shaker
a second generation Neuronaut
had left the organization
when her mentor threatened to expose (amongst other things)
an abortion Dixie had had  during her senior year at Stanford
she had fallen in "like a lot" with a handsome graduate student who, like herself wanted "in'
on the  Bio technology industry still in it's infancy
at least in the public sector

but interfaced perceptions for both the blind and deaf
.
Dixie swore to her mentor that she would 'pick up"
with her Neuronaught course load
when
she had made "a dent" in her
graduate thesis

US Army on Bioeffects of MICROWAVE FREQUENCIES


Bioeffects of Selected Nonlethal Weapons
Source of Information: Department of Defense, Department of the Army, United States Army Intelligence and Security Command (regarded unclassified on December 6, 2006)
This addendum to the Nonlethal Technologies – Worldwide (NGIC-1147-101-98) study addresses in summary, some of the most often asked questions of nonlethal weapons technology, the physiological responses observed in clinical settings of the biophysical coupling and susceptibility of personnel to nonlethal effects weapons. [...] The results identify and validate some aspects of [...] laser and other light phenomena, radiofrequency directed energy, aural bioeffects. […]
[…] However, other than thermal heating for MICROWAVE FREQUENCIES, there is no yet agreed-upon mechanism of action. As a consequence, our knowledge base is developed entirely with phenomenological observations. […]
There is, however, a growing perception that microwave irradiation and exposure to low frequency fields can be involved in a wide range of biological interactions. Some investigators are even beginning to describe similarities between microwave irradiation and drugs regarding their effects on biological systems. For example, some suggest that power density and specific absorption rate of microwave irradiation may be thought of as analogous to the concentration of the injection solution and the dosage of drug administration, respectively. Clearly, the effects of microwaves on brain tissue, chemistry, and functions are complex and selective. Observations of body weight and behavior revealed that rats, exposed under certain conditions to microwaves, eat and drink less, have smaller body weight as a result of nonspecific stress mediated through the central nervous system and have decreased motor activity. […] Recent published data implicates microwaves as a factor related to a deficit in spatial memory function. […]
Incapacitating Effect: MICROWAVE HEATING […] It is also possible that microwave hyperthermia (even with only a 1° C increase in brain temperature) may disrupt working memory, thus resulting in disorientation.
Mechanism to Produce the Desired Effects [of selected nonlethal weapons – radiofrequency directed energy] […] No reason has been identified to suggest that anyone would be immune to this technology. Individuals with compromised thermoregulatory mechanisms would be susceptible with a lower incident energy density. This would include people with organic damage to the hypothalamus the part of the brain that integrates the autonomic mechanisms which control heat loss as well as people with compromised somatic features of heat loss (e.g. respiration, water balance, etc.) […] Therefore, to avoid permanent damage to the suspect or to innocent bystanders, it may be necessary to vary the frequency to avoid localized heating and consequent damage to any organ. Additionally, it will be necessary to avoid the conditions thought to be associated with the induction of cataracts.
Incapacitating Effect: MICROWAVE HEARING Microwave hearing is a phenomenon, described by human observers, as the sensations of buzzing, ticking, hissing, or knocking sounds that originate within or immediately behind the head. There is no sound propagating through the air like normal sound. […] a phenomenon first described in the literature over 30 years ago. […] At this time, virtually all investigators who have studied the phenomenon now accept thermo-elastic expansion of the brain, the pressure wave of which is received and processed by the cochlear microphonic system, to be the mechanism of acoustic perception of short pulses of RF energy. One study (in 1975) using human volunteers, identified the threshold energy of microwave-auditory responses in humans as a function of pulse width for 2450 MHz radiofrequency energy. […] It could be useful to provide a disruptive condition to a person not aware of the technology. Not only might it be disruptive to the sense of hearing, it could be psychologically devastating if one suddenly heard “voices within one’s head”. This technology requires no extrapolation to estimate its usefulness. […] The effective range could be hundreds of meters.
Incapacitating Effect: Disruption of Neural Control The nature of the incapacitation is a rhythmic-activity synchronization of brain neurons that disrupts normal cortical control of the corticospinal and corticobulbar pathways: this disrupts normal functioning of the spinal motor neurons which control muscle contraction and body movements. […]
Posted by vvvvv at 1:29 PM