Something so damn comforting about knowing I am at stage three...Something so secondary modern about  a slight  intermission in the nonsense...that is the essence of any psychological op-tion to drive a rid- i-zen like me-self dag six ways to sunday "sicko"...Not ,mind you dear reader that I was ever fully" well" at least by bro-society standards anyway..Dear reader ...Raised literally in a woodhouse skinner /thinner/oooooh you dirty sinner BOX..as I twas '..as this twas' the condition of my faux family's  "giving something back to the grand old flag"...namely their kidinski..which is me..
I have gone into much of that I reckon through the endless threats I receive fact to face voice to skull electromagnotecho to das base of me neck ...
oh how I do hate that I cannot be so keen on modern weapons research and neruolinguistic Mind fuck..which can if I am ..not vaguely centered nor taking care of the sh*t shower and shave of being at least a version of polite  anxiety..an intermission in the narrative structure of bone conductive bone-ing another via "story' ..every damn story under the sun been entranced into my noggin..brother..and all that radiation-ie rendition radio pique-ancy..sure  causes a  deluge of damage to one's nervous system..and das noddle itself ...brain shrinkage it 's called...and get this dear reader...whilst thy noodle doth shrink..one's face swells not so swellagantly ..with edema moon face mongrosity!..of such mongrosity doth my once simple ,often fuckable face puffs up like a blowfish....my moonface..2 times it's natural size..often makes me unrecognizable to myself...yet ..yet..the odd sense of neurological nembulousness caused by pressure on the brain that creates this effect...makes one rather not be too effected..emotionally..for one truly feels little at this times of rectification and  experimentation by my research teams.who operate the various electrical mitigation  a wretch such as I deserve.. actually at times such as this one ..feels restive...as this type of unique remotely wielded kabob-oty for some reason ...gets one out of one's directed delusions ...and for a brief time back to a reality ...or what is left of a non person ,made human research "piece' for the better good...and the better BAD we may inflict upon alllllllls our enemies real and pre packaged..ooooh boy how it does strike thee however..that this type of weapontry that can literally make you see things..hear things..and feel like every blink of one's eye is a establishing shot close shot tight shot sometimes deliberately out of order and bbbbbackvard tooooo..how odd that every single developed .undeveloped and all that land mass owned by kings and men with beams and teams and teams ..ONLY uses this technospectro on it's own populace...it's own dissidents an derelicts and debbies and daniels either rborn to such fodder..for zzzzzzzzzzingularity and social control...so no unwatched ,unbotched minds  .. cannot fall taway from the glory that is the Cold Standard of Security ..during my intermissions from being Dosed with this mechanized MK Ultra  vulture of Time ,Space and Continuity of Conscious construct ...that can  make me believe I have touched the face of G-d ..or been diddled with by the devil...lauched upward to the Entities and angel,angel down we go  "illuminatti tall tails chemtrail chic.sheeeesh....what a comfort to sometimes just be smite down enough to not quite feel broken but just punchdrunk enough to feel not nothing .but amused ...and in a way grateful------- talk of Neuronautics and big biz  aside-----knowing  aaaahhhh tis only   my own government doing this to me . to "learn how to take care of people like me" without outright turning on no gas....there's  something mini -movie -esque and warm fire Siberian gulag tender  about knowing I am just human vermin..what else is  a Guinea pig human or otherwise to be called I am losing what ever Hz I had been riding the wave of ...or moreso whatever wave be in mico or mazar was riding me..or what is left of me.
ahhhh I can almost hear the pop of my brain cells snapping...Hear the tiny tiny tiny sound of RNA chains breaking..with each tingle of techotortureUSA!USA!USA! hurls through me  invisibly ..covertly..and soooo efficiently...that One must have due respect for it's very existence..as it ends mine ......so loudly and quietly at the same time...so visble it is and so invisible at the same time....
.At the start I believed I simply had a movement disorder that appeared out of nowhere...I blamed it on a car accident...but the timing didn't make much sense..and the neurologist agreed "something particular was going on" The neurologist could not have assumed I was pill seeking..for there really "ain't no cure for Dystonia"a tight ness of muscles..as if they were constantly being zipped and zapped with electric current...yeah when you're zipped or zapped with such business...whether you see the energy ..the electric or not (as one only tend s to -in Warner Brother's cartoons and what not 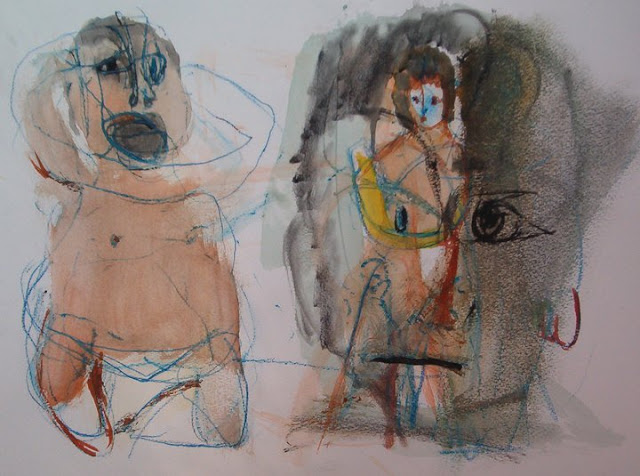 *semi-paralysis  in the area of the beginning of the spinal column
* irregular sleeping, heart-beating
* numbness of the hands; at night, cramping of the legs,dystonia,myclonus
* pressure, coolness of the skin
* feelings of non-specific fear and panic ] tremors,
* changes in the blood (early signs)

* prickly sensations, tremors to the muscles of the feet

* auditory tones of various frequencies
* sharp pain in the internal ear
* dull pains in the area behind the ears
* internal trembling, vibrations
* head pain in the temple and a warmness in that area, pain in the eye-sockets

* "radio-sound" effect (before this is long-conducted the resonance-loosening of spinal and brain fluids at the frequency of 2-10 Hz. for maintaining the fluids of the skull and brain in stimulation
* steady reactions to all aspects of coding
* lowering of energy (observed with irradiation at the frequency carrying frequencies of ~780 Hz.and amplitude modulation ~71 Hz.)
* aggravation of dermatosis
* eye pains (cataracts, asymmetry in lenses of the eyes, puffiness the retinas )
* aggravation of the course of chronic illnesses
* destruction of the functions of the kidneys, liver, organs of digestion, circulatory system, bleeding in gingival, gums, periodontal and others
* gauntness
* "sand" in the eyes, burning sensation, loss of hair, brittleness of nails
* compression pain in the heart fits of coughing
* changes of the color of the face (bronze shading of the skin)
* asymmetrical puffiness of the face
* disfiguration of the face, the intentional emaciation of separate muscles, cartilage
* syndromes of destruction to the external nerves of the thighs
* impotence

* destruction of the brain, irreversible changes to the structure of the brain (academician V.P. Vekhtereva)
* irreversible processes in the muscle material, in the bones of the skull, and in the structures of neurons "..minimization of life" --external reaction to EMP appears as an illness, up to heavy, sharp, chronic, organic pathological processes (academician V.P. Kaznacheev)

* functioning of the hormonal system
* [....] Parkinsonian symptoms disease (trembling of the hands)
* allergies
* epilepsy (especially caused by the multiple-rapid stimulation by a weak, low frequency waves)


Damage in the mental sphere
Stage I.

* steady depression
* lowering of abilities for analytical thinking, some worsening of the memory
* symptoms of chronic fatigue
* superficial nature of sleep
* higher incidents of conflicts

* confusion in the accounting of events in real life
* loss of ability for analytical thinking
* lowering and a loss of memory
* feelings of the lack of sleep
* indifference to personal external appearance [...]
* lowering of self-control
* suicide (as the experimenters "practice" provocation techniques)
* "...their ignoring that they are carrying with them a deadly danger"... "...people simply start going crazy and nobody understands why..." (academician V.P. Kaznacheev)

(in the book by Ju. Vorob'evskii" Knock at the Golden Gate, Moscow, 1999.
Manipulation with the memory.

* a shifting of the effective frequency up to 100 Hz. or a lowering to 5 Hz., with memory loss


Control of Stimulation in the brain.

* by states of consciousness (up to the loss of these)
* in sleep
* emotions
* intellectual capabilities
* attention
* speech
* activeness
* muscle tone
* stimulation of one and the same zone with stimulations of:
o 30 -40 mV- activation of attention, memory, movement;
o 60-70 mV- "emotiono-genic" effects
Posted by vvvvv at 2:07 PM