brought home by the cop

(1)XXXX says he didn't call the cop...he would never do that..and I believe him
my hands are still black and red from where XXXX pushed and pushed the lap top down and down
so I could say he began the fight...but that's not the reason..it's just not a XXXX move is all..

"every thing is just connected "the cops,the lawyers who refused to take my case ,the reporter who said at first she wanted to do a report on TIs for Atlantic Monthly but than said it was a"blackout  " something

regarding the media.the reporter who really at first seemed like thrilled to the gills with my" case"
and all the little files I have ..from the courts...in LA...
and all the strange photos
and all the police reports
and all the disclosed information I have about synthetic telepathy testing..
I worked years finding in university libraries through ex *** workers..and stuff that kept me going for years..
thinking ..I would get some justice for not just me ..but all of those being used like this for these sick sick tests..
but according to the reporter who I will not name.who will remain nameless cause she is worried "she told me" she even began getting involved in what
I must know is a
Homeland Security Issue..

Yeah? is it..making people into human drones ..quite literally?
a homeland security issue ?
how bout I take YOUR kid and"app" him up with biotech so I can read his mind and write all over ..and you tell me Louis Lane..
whether you give a good fuck about no Homeland security..

this type of testing is within the "bounds of the law" somehow ...the reporter was nice enough...referring to the city of Minnesota trying to sue the government for deliberately releasing germ warfare over their town for "just in case"data .. 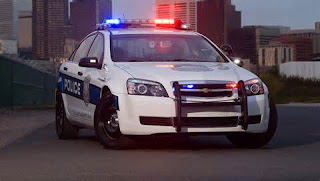 so this type of testing will never come out
the reporter said I must be very careful and realize consequences for writing about it..
in any way that sways too far from my having a mental disorder..

thanks a lot Atlantic Monthly...
thanks for the advice..
and thank oh so much every agency I had written to..who know damn well this all is going on..
so long as they get their "just in case" data huh..
fuck you.
I am not so scared as I should be ..why? because trust me dear reader (a_ nnnnoooobody lives that long being irradiated noon to night ..

I read the TIs typing their nonsense that soon this will all come out..why would it.
it's the easiest weapon to hide ever created..

"you're staring straight ahead again not moving an inch like a fuckin hebephrenic schizophrenic ....spooooky..."XXXX says,making me move a little ..what were you thinking about that could possibly be that intriguing..sex?

"I don't remember," I say...and XXXX shows me a video he took on his phone of me standing perfectly still,like a statue..

"That's what you can never do ," XXXX says,"They can lock you up for that shit"

"really asshole,?" I say having been locked up about 8 times for goin' Starry Eyed Surprise ' on the street.

I ask XXXX to erase the video

the sole  reason for  my tether to the machine
and or to my Mandlers  seems to be about taking me apart.
not putting me back together.
there never really was a 'back together" in fact at all.
maybe that's what got me the most.
maybe that's why I lost it with XXXX


XXXX has told me over and over 'my job" was never to be about understanding...any of this..
and that the  RUINERS have gotten to me...online ...those people who call themselves TIs
and that a Ruiners job is to try to tear things down
and worse is the other ones
the WHINER RUINERS who write
th t things like  Operational Conditioned Childhoods ..are in some way bad..and not progressive

XXXX says some spiel about early man being put through ritual after ritual become more and more of what they were intended to be..

"this,' I say pointing at my ears and than my eyes," is never what Man is or was intended to be.."

"says everyone I come across online ...who is a Targeted Individuals. That this is Psycho tronic torture with direct energy weapons on human beings...NOT some great study to make Singularity OR   enhanced men....torture all of them..every single one saying the same thing...did you know they can produce pain upon another. Intense horrible pain with this technology .remember how I told you how for a solid year all I felt was ."

"you felt your self being activated! not targeted...you were made for this ..you were developed for this.."

"I need it to stop," I says,"it never goes anywhere...it's like a I have a giant rock tied around my senses and thinking"

'if that's the way you choose to think about it
that's the way it works...if you could somehow be more inviting to it ..it will probably invite you back into yourself.."XXXX says

" Back into myself?...IT has the right to invite ME back into my own mind with some degree of comfort.or privacy??do you realize how insane that sounds ..if it really wants  to take me over let it ..I am no longer myself..anyway..who could be after all this..did you know that people who go through mainstream torture.  and hand's on psychological torture .and hand's on ...fist to face torture never recover psychologically?


"Now do you see why I have to regulate what you look up on the computer?
or why your Mandlers get all Nightmare on Gumtree? you putting these sick sick thoughts into their heads.." XXXX says

"If there was a way to trade sides here.and it was you they placed Merge in...you wouldn't be saying the same thing"

"What did they tell you to think of this as?when they began...as an adventure...some people would give their right arm to be able to be pioneers of Artificial Intelligence and Immersive Reality" XXXX says

I raise my fist to punch XXXX again for he knows damn well I refuse anymore to be fooled.
or be so gullible XXXX holds my hand in mid punch

"SHUT UP XXXX...go call my mother...and your buddies at Parasol Pictures.and  Proxy Cyber  and say Dumbo is ruining everything again. And saying things he shouldn't...go call them so they can run me down with a car again..,,or spike my drink with something.."

"it's those pills making you like this. and you talk about someone spiking you with drugs"XXXXsays ".....does the Seroquel or Risperdal make the voices better or worse.?"XXXX asks
"Worse" I say

"because my 'team" needs to understand everything I am thinking...with clarity.'I say sarcastically

"and every time you mess with those pills you were instructed never to take.. the shrink they asked you not to see.. every see a psychiatrist...what are giving back to Neuronautics?

XXXX lets me arm go.
I go up to my room surprised to see the computer is still there.
I take a Risperdal

the pills make me physically sick...they make me anxious and depressed...I rarely want to even leave the house when I am on the pills..they make me sleep a lot but I am always tired.
I began using them ..to try to remove myself from the experiment...to make myself worthless..
un usable. But every month I do this. And they know that I am doing this the entire tether gets only worse and worse......
when this all first began they asked me to check myself into a mental hospital to provide cover...for the interface.
and I went along. They also asked that I take neuroleptics used for people who heard and saw things ..just for a while ..so I would have alibi..
I went along with it..
they told me different stuff at the beginning ...that after a while I would have control over it..what I was learning...how the interface made me feel..
there would be boundaries and they would work with me to find a way of being off -line Mind to Mind for long enough periods I would not regress and be "put off" by "some" of the invasiveness" this Pioneeeeeerrrrrring requires.
thinking this ..I feel a sharp burning pain down my arm and feel a zip go through my funny bone
Posted by vvvvv at 7:06 PM