xxxx won't speak to me.
and has this way about him
that sets the tone for the other roommates
all affiliated with Neuronautics
but not attempting to "be in the organization proper"
.....
I have my morning coffee in my room.
the last thing I need is feel shunned in my house
but at the same time I cannot imagine living alone.
as I've stated before
I am always haunted. Possessed in  a way few can understand
unless they as well were "app-ed" up for a never ending 24/7 "Open Mind"
to "rectifying. Saved changed ,challenged, titillated  ,befriended amused ,horrified...Petrified..
all because some Tele-operator is "Trying New Things'
trying to figure "out how IT works"
it doesn't take genius to recognize that very few organizations
besides Neuronautics
was all but created to find New Ways to interrogate ,supplicate and eventually
correlate another's mind ...toward a ONE WAY collective
that ONLY is geared to the teachings of it's founder Gary Rainy.
months ago in this bog of a blog
---------------------------------------------------------------------------------------------------------------------
I had written about certain information I had come across....as people in the Targeted Individual community
and  certain brave men and women previously associated with certain  agencies that have been developing ways to influence another's mind
via electronic or electromagnetic means of some kind since the early 1950's
sent me documents that more than insinuated that" Gary Rainy" founder of what I refer to as only as  a Science -ideologically based Philosophy
was  induced with Silent Sound (often called the Frey Effect...or simply Voice to Skull technology) so he might become a "pawn" a tool to "open up" certain Mind and Sociological studies based on tactics that "needed to be conducted on 'subjects" outside of research centers focusing on Coercive Methodologies of making another mind "Clear and Reset" enough that New Input could be induced willingly on one who sought "instant" results that could not be acquired by expensive and stigmatic means of psychotherapy...nor the psychiatric medications (barbiturate and/or  Dexedrine) distributed for "quick fix" alleviation of the symptoms of psychiatric "ills" and not the root cause. In the late 1940's means of electrodes being introduce invasively into not just monkeys but human's skulls was being "practiced ' Off Grid...and "out of country"(Canada ,most famously by Dr. Delgado and Dr. Ewan Cameron)...and induced stimulation by electronics showed rather amazing results...However a less invasive method of instigating emotional and cognitive alterations in another by radio frequency was not invasive ...in fact was so minimal in it's unseen influence it could be "practiced " upon another without his or her knowledge .
...at the time when Neuronautics was established and Gary Rainy wrote wrote "Inway to the Enways"
(an almost unreadable but quite technical book....that a man who who never even finished High School...could not have written without outside influence...technological or otherwise)
I began reading literature that dealt with "Neuronautics..." I was "born into the Church /Religion" and had turned against it..when "The Church" turned against me...claiming I had come back to LA ..not "find my way back" but was sent to them as some version of  "Jimmy Olsen' ..

I am not quite sure if Mr. Rainy "suffers" from Delusions of Grandeur so much as "buffers" himself  with it," "Dr.*** 1958,"he is strangely charismatic ...and may be quite useful  if "purposed "correctly*"

****
(3)
The Dr. encouraged me  to write about my " visitations' and unlike my  publisher, unlike my  wife and unlike the my so called "friends" who had first been with me  in my  "Journey toward Living Emanations "seemed utterly  convinced I was not only onto something but that SOMETHING had latched onto me.. 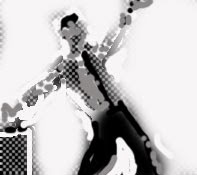 The white room.Which at first seemed stifling
Now seemed the perfect blank slate..The Locked Doors
in this Locked ward.At First seemed stifling.
The hospital seemed worse than any prison ...but one day
I was visited by The Great Entity that would  change my life..and subsequently the lives of others.
The locked ward.The locked doors ..only made the Open Door to a New Perception-G.Rainy

(4) "Inway to the Enway"
it is not so unusual
though it is
if one thinks about it.
that since perhaps the beginning
man has wanted to not only own ....the seas,the lands,the plants.the animals
and the men and women
who dwelt upon the land
after all we are animals
that simply do not taste good
cooked.

if we tasted better .
there would be quite less of us
around ,
however if one can own another man
and make another his Sheppard.his forager, his domain
the man owned by another
will be induced to
to feed his owner
to dance for his owner
and even bow down to his owner
he will learn to smile albeit -too widely
but this false-ity of broad smile and the "yes sir..yes master" that goes with
forced
abdication
in fact pleases
his owner
more than the "real " smile of his wife,
his sons
and daughters offer him
often
of course he
distrusts these liars more than
his servants---
who this type /
I am
..and  I am proud to be
for this acceptance of my TRUE BEING
has forced me to forego
all the lies
I have told myself
about my TRUE NATURE
and more so the nature of others
who can gain from
searchings
and the ENTITY
that saw fit to
share with me
it's KNOWINGNESS
the MAN can only
EVOLVE
if MAN accepts his FORMAT
these niceties----these civilities we coat ourselves with
daily
are for the weak willed
and weak minded
Those placed here to be eaten alive
by one's Bettors
Superiors
.men and women who place a cage upon not only their outer Visage
but also
their very own mind
deserve what destiny awaits them
ONLY my own acceptance of my own beastliness...
has
caught the attention of the GRAND ENTITIES
that only come to
men of grandiosity
this man who rules us..
this JFK
is a man made of falsity
a presence
of nice.
of "good"
that HE KNOWS
the populace of this once great and mighty nation
has been taught to find
in themselves
through television
through movies
and pop songs
is it any wonder
the
nations truer to their innate natures
will take us over
....

why
anyone not chained
not  bound to another
might
"make the repairs "to their BEINGSHIP
is only because one such as this
has childlike perceptions and perspective of a puff of wind with a beard
certain aspects of cleric
has rammed down our collective throats
....man
most men
NEED to be lead
as all Leaders NEED to LEAD
_Gary Rainy 1961


(2)
*
The microwave auditory effect, also known as the microwave hearing effect or the Frey effect, consists of audible clicks (or, with speech modulation, spoken words) induced by pulsed/modulated microwave frequencies. The clicks are generated directly inside the human head without the need of any receiving electronic device. The effect was first reported by persons working in the vicinity of radar transponders during World War II These induced sounds are not audible to other people nearby. The microwave auditory effect was later discovered to be inducible with shorter-wavelength portions of the electromagnetic spectrum. During the Cold War era, the American neuroscientist Allan H. Frey studied this phenomenon and was the first to publish[ information on the nature of the microwave auditory effect.
The first American to publish on the microwave hearing effect was Allan H. Frey, in 1961
Posted by vvvvv at 10:14 AM