i call my baby lollipop,tell you why

Los Angeles is where this all began.
when my mother moved out there to become and actress
and had little idea what
strange deals needed to be "brokered" to become such "a thing"
She had joined Neuronautics...as the "service provider" that was this peculiar self help movement /church/ 'movement...had helped many a musician ,artist   and 'go -getter" GET what they needed
by "re-teaching" ..actually quite literally "re-programming" one's mind
in such a way
that ONLY purposed
and not "idle thinking...meaning Self Monologue mattered..
to Gary Rainy leader of the "Group" self referential thought/ unbridled "self talk" was
only a hindrance . A Mental barrier....
in fact Gary Wrote that "self talk and "the inner monologue " that one has been taught IS oneself
was in fact 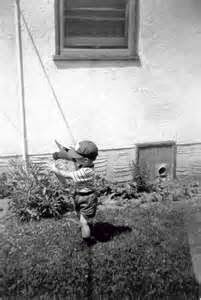 a literal infection of one's "soul"by hundreds of invisible Emanations....(spirits)
whose only function was to "veer one's cogs AWAY from action "
never mind that anyone who became part of the "org" main action
was to essentially give the "church" every penny their reattentuated "purposed" existence
could now attain...
My Mother indeed became an actress..
but one who "does what is necessary to be larger than life "
often
has little ide of "who and what " type of agencies
far removed from William Morris
dictate the shit and shine that enters out collective Minds and thus Souls.
Gary Rainy ,leader of the Neuronautics movement ....who 's main agenda was to
clear
one's mind from foreign "bodies and emanations' of "other's "take " on Selfhood
early on "set up shop" in Hollywood....
the makers of imagery and sound and vision that FILL UP out Collective Senses..
and had by this time begun making films (mainly "In The Beginning ...as they say...in other "orgs" that in the last decades have all but been
rendered obsolete and branded as "ludicrous as The Church of Neuronautics")
"training films that dealt with what Gary referred to as Concrete-isms....rather than the
modification of  the Concrete-isms of Neuronautics to narratives that did not "seem on the surface" to preach any of the Science -ideological philosophies of what Gary called Mindfullness
rather than what Gary called Fanciful-isms into the collective consciousness.
Gary Rainy thought of the human mind as a computer...not as a "organ in one's biological system" meant to be bombarded with
Input that did not fit "in" with Computational unsentimental Functionality
by this time Neuronatuics was getting "bad press" and hence began the Organizations
commitment to finding other names and other dummy companies to introduce Gary Rainy's
sensibilities upon the world.
Parasol Pictures was Rainy's first foray into "the motion picture industry" Gary felt was deliberately
placing false sentiments and Aberrational Emanations into  Group Consciousness.
Gary Rainy believed that only certain ideology should be introduced into the Populace..
and a good many social scientists agreed that "The Foundations of Modern Society began and ended with Sound and Vision"
I was raised a second generation Neuronaut...
I know of no other "Thought Style"
and quite soon neither shall you.
Posted by vvvvv at 8:14 AM