memo-proxy cy
CONCERNING- discrediting so called Target Individuals typing of their experiences being made"so called Human Guinea  Pigs" for AI and BCI experiments. In my opinion because you yourselves are "too close" to the rendition upon these "subjects" I feel that you over estimate "the power of the social media"being any kind of threat to your work. In fact these individuals who "share" their experiences only further discredit their claims...billions and billions of people post so much information 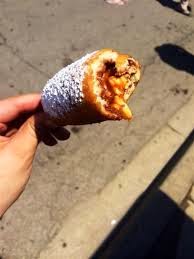 ..i.e". Denise and I just ate a deep fried Snickers Bar...I thought  it would be "ewwwwww" but it was AWESOME!!!!!!{accompanied by the now ubiquitous JPEG if Denise and Asley eating a deep fried Snicker's bar..}..concerning facebook's format of "the scrolling and thus disappearance" of ALL posted information...any TI who whines about being rendered "Human Guinea Pig/Human Test Subject...really becomes "as important and as threatening to Human Research" well-as a Deep Fried Snicker's bar.

Concerning various websites,blogs and URLS that deal with matters relating to Directed Energy Extreme Low Frequencies(ELF) Unsolicited Human Testing- are not the types of sites anyone BUT a Targeted Individual seeks.

.(unless the subject is "brought up" by a motion picture or a Tv program .

The rash of visits to
sites that mentioned the word - HAARP( High Frequency Active Auroral Research System)- in late 2013 and early 2014 concerned director  Scott Stewart's "Dark Skies which
offered  HAARP as an alternative  explanation for  the "un-natural occurrences"beset upon the characters in the film...Editor Peter Gvodas has since deleted the reference from the film although some copies of the film still include the term.
.In my "guess-I-mation" this is the ONLY reason that so many typed the word  "HAARP" into various search engines between 2013 and early 2014.

I believe we should "keep tabs" on  Scott Stewart (the screenwriter and director of "Dark Skies" as I believe the placement of the word "HAARP" was not used to "move the story forward" but to incite an audience )."
"Dark Skies" did rather poorly domestically in terms of box office (24 million dollars) and as I have mentioned Gvordas has already been requested to
remove the word (the sequence) from the re-edited motion picture.
Posted by vvvvv at 12:06 PM