before I can even get a thought in

I am awakened by the sight of flying unicorn leaping over a rainbow.

before I can even ...think ..."how  generic this "wake up occipital over lay' is

how standardized my so called Perceptory  so called 'enhancements" seem to be getting
not even Time and Temperature today
so I have to turn on the Tv -like anybody else to know how to dress..

a flying unicorn? a rainbow?
and this thought is 'answered via ' my Brain Link-
...
"you get what you give Dumbo"
didactic imagery for didactic interface...
....
You don't try very hard...why should we.
...try very hard at what I don't know...
as it is quite "trying"enough" sometimes being in never ending Co Conscious with my mentor and Tele-Operators at Proxy Cybernetics...

and Evan imbues upon me "you can't have it both ways'.....
you can't "hate the interface" and next expect  us to
go out of our way toward the Vividousity
you now seem to "demand" from us...

Holographically I see the time and temperature appear
and interface a groggy ,'thank you"
and push button off the Tv.
I wait....
and my Mandlers know what I am waiting for
and with hold...
the signal that
"makes me want to rise and 'shine".
I sense the
vaguely  robotic
manipulation of my
emotions and senses toward a disposition
not my own....

one in fact manaufactured especially for me ...so I might be "more agree-able,likable" during interface
in spite of myself I am appreciative of this synthetic sense of happiness
but ProxyCy doesn't want me to "get too used to Demonstrative Emotion on demand
as
Mood Enhancement is according to my Mandlers "something on earns"
for organic Self Autonomous Singualarity

(you who grouses constantly about this venture being "inhuman" of all people should appreciate the nature of "one "tagged" with biotech
being ,in part responsible for their "daily web'--------)
although my mood is "upgraded" in Hz

I part of me retains aspects of sarcastm that 'go" with this ever growing  and ever shrinking sense of beholden-ness
to my tether.
and I think ,thus graph "what would like EvAN?  me to get on my knees and pray to you
for
My Splendor in the "Apps"

"no Dumbo...but a wee bit of gratitude ....seems apropos...and you have gotten on your knees for much less than what Proxy Cy offers...."

'no way," Evan says...we have a gal from Westinghouse here on headset and the last think Beverly needs is a headful of Dumbo sucking cock.

I glean from Evan -WHO fights such offerings?
why do you fight as well the Mood Modifications
we provide to help you Understand ------------ Evan goes on to explain
that besides "the Imprints"
making
little
clapboard ...like easily identifiable
markers
for the difficult challenges foreseen decades before
Reverse Brain Engineering
techniques
a lot of the intentional "parenting' patternings to
stifle "aspects of your emotional growth"
were to
make you "be childlike" in your persona
so you'd be "easier to work with and less resistant" to unwanted interface

and every now and than I should consider and appreciate this 'childlike"
quality ...and how much of my life was indeed set up
so I would never ,ever have to take care of myself
and there would always be some type of Handler...or Guardian
to manage my affairs

Evan asks,Evan graphs,"How were we to know that this desire for some kind of autonomy
would be some kind of issue
and that all Dumbo
would want was to be " a real live Boy"

"it's really getting in the way of the various enactments we are trying to examine here ..and that I should appreciate the Immersive Reality benefits that very few experience and begin thinking of this more of AN ADVENTURE!"

every few weeks ..or every few months NEW things are Imbued upon my senses
and according to my Mandlers I regress ....with every new "test drive" concerning
Altered States..
in the past few days the "Altered States" include providing backround
that is exactly similar to what I see
when Telemetric
techniques are used
so ,for instance my seeing "an actor"
won't just be the actor "standing" out ONLY in my limited point of View concerning "SETTING"
but something
more formatted to place me entirely in another setting...

My mandlers say we have done everything to your sense INCREMENTALLY
so I won't have a psychotic break
concerning Immersive Reality
and that
thanks to my participation...in the near future consumers will be able to literally
"live' in 2 worlds...
without feeling they are losing their minds

"it's up to you Dumbo.you want this to be Tuskeegee by Starlight or "My Blue Heaven"

I have been told never to reread my posts
but I am not very adept at following orders from
a tele -Presence ,,,,setting my Mindfulness on the right track..
I reread certain postings I have made on line ...concerning others being "made lab rats" for
Open Minded thinking concerning Brain Computer Interface and Adventures in Augmented Reality
unsolicited....Human Experimentation going on unsolicited "round the world"
by people who "can't take the intrusiveness ' of 'The New Way"
while we all might wish for "a living G-d"to
talk back to us
and "keep us on some path"
we desire this "communion" ONLY if this "living G-d" is a true G-d"
and not one based upon the one or two percent who have already shown how
'The Right Type of One Way or the Highway" Thought has all but destroyed the oceans ,rivers and very air we breathe in name of progress...
and fighting ...a Third World so backward in it's "Thought Stle " it doesn't even wrapevery item it consumes in layers and layers of plastic..
IF
the mighty satellites....electric...computers etc WENT DOWN
what is peculiar to me is that ONLY those in this "3rd world" would have the no how to survive
because they have not been taught  to for instance rely on air conditioning....and so many comforts we
in this super power.
rely upon..
but EVAN distracts my "childlike thinking"
....he feels I regressing ...and turning further and further from "the wonderful world of Neuronautics"
while he allows me to type "my frustrations" of adjusting to A.I. and Perceptionary Assuagement ..
via Merge
there is a strange Neural Spiking or some such signal that after reading of my serious concerns
posted in Targeted Individuals Europe that is so incongruous
with the "mood adjustment" provided by Evan,my "service provider" in terms of "mood"and the signals that can alter one's mood in seconds....
that causes a rage in me ...that not only Evan but myself didn't see coming
as I notice
how just minutes after my "what Evan calls tirades against "the machine"
are only moment after ....
switched to some signal based appreciation of being modified to receive
and indeed be re-attenuated
to all the conditional benefits my "brain link" provides
My thoughts and opinions mean nothing....with simply a flick of "some switch" at Proxy Cyber
and Evan explains.. 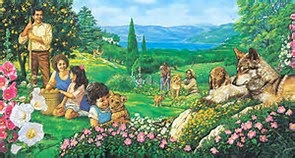 how miraculous and wonderful I must consider Proxycyber "Sublime Intervention" to help me
"snap out of my Luddite type thoughts concerning A.I. and all the Joy of being maneuvered
"back and back again to a state of grace and euphoria "in spite of my "Ruiner like conceits ' that I know better than a system which only grows more and more Intelligent in it's capcity
Evan explains that in the 1970's the term used for Luddite Thinking was "Future Shock"
and it never ceases to amaze "my Team" at proxyCy how very much I return to what he calls "Jew-ie" thinking
concerning Standardized Resolution Conflict Solving based entirely on my Bio tech riddled mind
attempting to resist....
Paradise