In 1997 Physicist Freeman Dyson, who has conducted classified research  stated ,"once the organization of the central nervous system has been explored and understood will be open to develop and use the technology of electromagnetic brain signals much more efficiently  ."


...The chief barrier to progress in neurophysiology is the lack of observational tools yet nanotechnology has "caught up" with the "smallness" of the neuron right on schedule. To understand in depth what is going on in the brain, we need tools that can fit inside or between the neurons and transmit reports of neural events to receivers outside. ...observing instruments...with rapid response, high band-width and high spacial resolution.We know that high-frequency electromagnetic signals can be propagated through brain tissue for distances of the order of centimeters. We know that microscopic generators and receivers of electromagnetic radiation are possible yet previously much of the acquisition of signal had to do with bypassing the thickness of skull and the limitations of wearable biosensors not being where the initiation of signal begins but modern digital data-handling technology is now  capable of recording and analyzing the signals emerging from millions of tiny transmitters simultaneously. All that is lacking in order to pursue effective observational tools is not the  technology that allows us to build and deploy large arrays of small transmitters inside a living brain but some world event of some kind that acts as catalysts to allow  less regulation and not holds barred human testing .

I wake up and see the words 'SEASON FOUR "seemingly floating in mid air...followed by the sound of tones that remind me of the old
ding DING -ding NBC once used in tandem with their display of the Peacock logo.
quickly the Ding -DING -ding is replaced by the Ding Ding DING ding that accompanies Parasol Picture's logo I usually just see in "my" dreams- 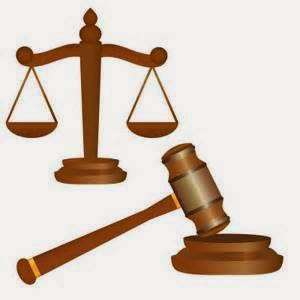 "Yo ' Bitch -we are trying to SPARE YOU...wakey ..wakey little Dumbo Darko Damien ," Evan Rainy graphs,"and type exactly what I say...Tis in Thy best interest if one stays on point Lest thy by placed in four point restraints in some trailer....in a Malady Far ,Far Away...


“The fourth season of "Operation Dumbo Drop" takes place three years after " Dumbo" has  returned from Van Nuys ,Ca California, an enhanced man thanks to a joint venture ,often  referred to as The Armature Group concerning Deep Learning, Immersive Reality and A.I .The Armature Group, comprised of  many corporations  interested in testing Straight to Cortex TV  and A.I. (Parasol Pictures ,Proxy Cybernetics and Neuronautics ,a Self Help Movement /”Church” known for it’s successes concerning a Mentor /Mentee based means Mind Augment “audits” ,based on Founder of the Church/ Political Movement  Gary Rainy ,author of Neuronautic’s “bible” –“Inway to the Enways’ . Under Cybernetic and Immersive Reality Electronic based nano-bio –tech “inner surveillance “systems  (Merge brand biosensors) have  bonded to ‘Dumbo’s neurons (which “Dumbo’ was warned not to discuss in no uncertain means ) .Season Four  opens with “Dumbo”who seems to have intentionally not “moved on with his life” to spite his so called affliction rather than enhancement via Merge Bio Sensors. Dumbo believes “cannot be lived” wholesomely when one has been modified for Brain Computer Interface and complains incessantly about this “fact” and uses “this fact”, his upgraded neurology  that enables him to “share ‘his perceptions  to destroy the Project  .


“Dumbo’s “ unwise decision to waste his Mentors time and money by using crack “to deal” with the necessary intrusiveness(he understood) “ required to test 5 Sense  “virtual reality” Transhumanism .”Dumbo” conveniently forgets the  Bio Nano Tech placed in Dumbo’s bloodstream was  “terms” of “Dumbo’s” (ROR)- Release upon  one’s own recognizance, as Dumbo was accused and found guilty of  intent to distribute methamphetamine.


While “Dumbo” insists he was not informed of just how intense and difficult ‘it might be” dealing with Co –Conscious “rendition”   the papers he signed  to avoid a 20 month sentence in prison implies otherwise ,therefore” “Dumbo” reneged on his contractual obligations which meant according to this signed contract  that ‘Dumbo” could therefore be outsourced to “other less understanding”  agencies, that will remain nameless- also interested in testing both the benefits and “horrors” A.I. could instill in another by “remote means”


Dumbo”’s  deal with the California Corrections Dept. (also invested in studying the biotech as an alternative to the costs of Parole Programs and as assuage concerning  Prison Recidivism, “the means of corrections” relied heavily on Gary Rainy’s philosophy ‘s concerning Mentored “re-parenting”via Input  based neural modification, based upon the client’s own Emanations (brain signals) .Unwisely Dumbo chose to write about Neuronautics in an unfavorable light, ignoring the  suggestion that-“what happens during Dumbo’s Brain Computer Interface  STAY’s in Dumbo” .But as the Ingrate ,as usual CHOOSES to ignore  all sage advice -”Dumbo’s” Direct Neural Interface became more and more based on the use of A.I. as punitive “entity” .


Season Four of “Project Dumbo Drops” begins with “Dumbo “considering legal measures to “expose “ and perhaps “halt his enhancement “ but Dumbo soon finds the various members familiar with the  “Kill-ary” –“Industrial Complex” concerning testing of Advanced Technologies in the legal field   will not  touch this subject (nor create a defense for a client seeking so called  ‘justice”) with a ten foot pole. “Dumbo”,unwisely begins his own investigation and discovers he in fact was conceived ONLY for Human Testing. More so than “Dumbo’ not be allowed to speak nor write about A.I. Testing “Dumbo” is informed he is not allowed to speak nor write about what  HE refers to as “The Monarch Program”. “Dumbo” soon discovers that many ,if not all of the “chance meetings, friendships and “coincidence ” that made ‘Dumbo” the piece of Human Trash that he was and in my opinion still is was “part of” a deal his Mother made (also under the influence of less Hi-Fi means of electronic persuasion ) to become an actress. Surprising  to the  Armature Group,an attorney working for a rather prominent legal firm , decides to take on Dumbo’s case. The attorney is unaware ,at first  that he as well was brought up “Monarch Style” and that “the Powers that Seize” are and will be  quite interested in how far the attorney will go to seek justice .we discover in Season Four that The Armature Group not only wants to study “human scum” such as “Dumbo” who  ,although he will not admit it had  free will concerning “the various mazes” and “scripted situations” that might have altered ‘Dumbo’s” standing in society, a society Dumbo discovers might use Mind Transcription Technology to ,perhaps thin out the population, of types who perhaps “Trugenically” are incapable ,even with BCI based Mentorship to “be resolved” . Season Four of “Operation Dumbo Drop” focuses primarily on the issues and conscious quandaries concerning a case all “players and venture capitalist” who have stake in keeping  Human Experimentation out of the traditional  media’s sights and intrepid means this Group might take against “Dumbo”and any law firm or lawyer that takes his case