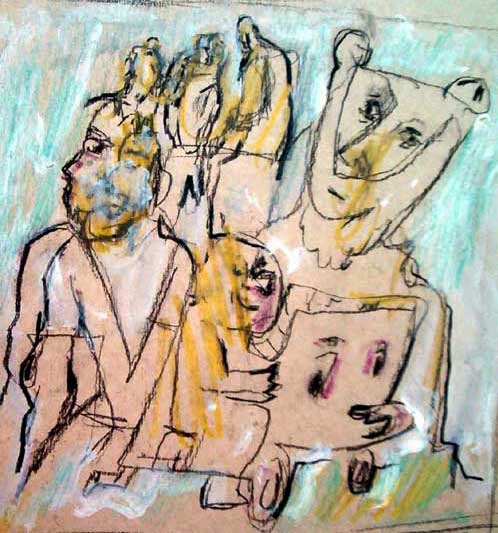 Gary rainy spent days watching on super 8 this strangfe "man of man "who seemed to not "be a man " at all...but a Freak...Gary wondered what recipe was required to "cook" a child to become...a Weirdo..Rainy studied ****s 1957 paper "The Adjustment of the Male Overt Homosexual" in which researchers  administered several psychological tests to groups of self-identified male homosexuals and heterosexuals and asked experts to identify the homosexuals and rate their mental health. Next Rainy decide to tell the hetero sexual boys they were homosexuals and  the homosexuals they were experiencing a lapse" in Resolvability. Stemming from various Entities that had attached their female organs and desires on the male child .
My name was Sue
and because the scientist was convinced although I was Male
and had all the physiological aspects of malehood
that in reality
I was a girl
that The Entities,,,had so entered absolutely all mechanisms of my bodily fluids,glands muscles

DON'T ASSUME MY LINK...MY "MENTORS" EMPATHIZE WITH ME..

A HOMELY ,UNCORRDINATED CHILD
WHO DIDN'T KNOW WHAT TO DO WITH HIS HANDS
I was not allowed to use a mirror as I had tendency to "get stuck" in the mirror..not preening but simply looking
I was not allowed to brush my hair.
my foster parents demand it be grown long...
I never wore new clothes.
my pants were what one calls "floods"
my
HOMELINESS ,MY APPEARNACE BECAME AN OBSESSEION
I WAS TEASED MAINLY BECAUSE
I DIDN'T LOOK RIGHT
it was a"look " on me face

a look of being   HURT  afraid
rather than this look causing empathy at home it just
brought on HATE..
How Dare I.(I understood this even at age 4 or 5 ...have the right to Parade" my troubles and woes
..you wan twoe
..
and kick kick kick
now
you can look woeful


I HAD A HARD TIME SLEEPING
I WAS ALWAYS IN A STATE OF PANIC.

AND SO IT WENT
EACH YEAR.
DIFFERENT

ONE YEAR DRESSED IN A PINK PINKY AND STOCKINGS
THE NEXT AT A NEW SCHOOL IN bROKS bROTHERS BLUE.

AND THAN BACK TO BOWL CUTS AND SNEAKERS BOUGHT AT A YARD SALE
MEIDCATIONS GIVEN TOME TO CAUSE RIGIDITY,,hALDO,tHORAZONE

AND THAN GIVEN PHENOBARBITOL AND GIRLS OVER SIZED SWEATSHIRTS WITH BRIGHT UNICORNS AND SUNSETS
IN PURPLES AND PINKS...iNSULIN FOR MY SUPPOSED FITS
AND THAN ESTROGEN INJECTIONS AGAIN
Posted by vvvvv at 12:13 PM