all quient on the social media. front

the video I begin watching on unit 731 is horrific...I go to find another 'version" of a video depicted what was done in the name of
what
exactly
I cannot take in....
but I leave it.
.....................it somehow 'fits" into what I have been trying so very hard not to say.
certainly to be sent imagery...or dreams for instance based on the short video I
forced myself to watch...and when I could not watch ...at least listen to...
some thing cannot nor should not  be rendered palatable.

and that I am afraid is A,I, and what it is being developed first and for most for
terror. 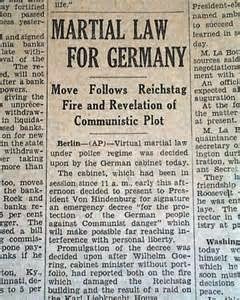 for now my explaining that indeed dreams can be manipulated to include
imagery induced upon one specifically to scare that person .
and crush that person's self bit by bit year by year..(if one decides for whatever reason not do the humane thing FOR oneself and ....
off themselves...

"that IS what THIS is FOR is it not?"


I read other accounts of Targeted individuals searching for
evidence if anyone is indeed being enhanced by their procurement..
but instead I read that more and more young women in their 20's are being "taken"
literally put in a situation so bizarre...
so cruel and unusual that I can barely read their accounts...
what is disturbing is that the various Fortune 500 companies involved in perfecting this technology no longer seem to even care that much about going through" protocol" to provide 'alibi" to victim
no Keystone Cops renditions to provoke documentation based on Neurotronic v enactments so profound and unsettling that hospitalization becomes a required "waylay station"
to cover "the bases"
I have been "in the program" for years....
I had to go through" protocol"....involving creating a paper trail that emphasized or rather de-emphasized my "mental " status...therefore credibility
now ..it seems this type of protocol is deemed un-necessary....that self satisfied are they now that "who would believe em' anyway"
in a way
all of us targeted individuals have provided proof positive that those "practicing A.I. and Psychotronic Torture can feel relieved that NOBODY HEARS US but ourselves we have "done their work for them"....simply by posting and posting about our situation
to no avail whatsoever...
I believe we were used for this purpose to discover IF the use of the internet to speak out ...would cause any ripples
as discovery to see " if hundreds of thousands of "human subjects" posting about their "captivity" in cages unseen
would 'make a dent" or "instigate some kind of intervention from government officials or those in academia or the sciences..

we have proved "they " can " do anything they like ...and that the internet is a tantalizingly ineffective tool
for this alone TI deserve a paycheck for making sure "the coast is clear" and nobody gives a good G-d damn...

Targeted Individuals -
Austramia  H.C.
(3 days before H.C. fatally shot himself in the skull leaving a wife and 2 children behind)
Posted by vvvvv at 3:29 PM