Bethany was hesitant about sending her daughter Lisa to Edgemont, the exclusive private school  although Bethany had put Lisa being on Edgemont Elementary's  waiting list since before Lisa  was even conceived. Bethany however was concerned. Lisa's teacher was male.
Bethany asked if the male kindergarten teacher had been scanned.and if his transcribed interior monologue  indicated Aberrations of any kind..

'Of course he's been  scanned" ,the school administrator said., astonished that "this woman" who sat across from her assumed Edgemont Elementary did not use mind translation technology on all of it's employees.
"May I have a listen," Bethany asked.

The the school administrator told her" the male kindergarten teacher" 's
neural reads had been studied and categorized by professional "readers" who have e been trained to sort out the bad apples from the good and Edgemont didn't just keep an employee's" Mind Readings "around the office" for the sake of the teacher's privacy if nothing else.


"I would simply feel more comfortable if I could "get a sense" of "this male kindergarten  teacher"'s Thinking Style is all ," Bethany said
.
The school administrator certainly got a sense of "this woman's Thinking Style " that did not require the use of .biosensor speckled headset or any Brain Map.

Did this idiot,the school administrator thought, assume Edgemont Elementary's  faculty had not had their thought recorded?
First  via a head set in a lab so a clinician could gage the applicant's evoked response to broadcast visual stimuli  .
The school administrator explained to Bethany that an outside agency had next placed
as was customary , a temporary tattoo "chip"   behind the applicant's ear  to supplement the Neural Reads studied "in house".
"The point of the epidermal "chip" removed after a week,"the school administrator told Bethany,"is to gage the applicant's non verbalized thoughts  to' several enacted "Street Theater "scenario's " scripted and played out" in such a manner that the applicant would not   nor could not assume the  "staged scenes" were to ascertain if the applicant to Edgemont Elementary had any un-natural neural responses to   girls in white dresses with blue satin sashes 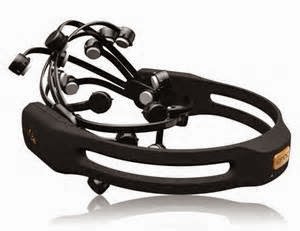