Evan is disappointed I am not being "more worldly"
and more "understanding" that
Human lab Rat or not
this technology must be developed
with a wide demographic...
who "tend to fuck up' whatever 'sociological" data
"teams' must acquire to standardize...A.I. "By thinking about the "process"
-meaning "what is being done on  the "other side of the mountain"
which is none of my business....
Evan graphs ,
"that he has always counted on a certain Free Wheeling "it is what it is"
attitude  ....that
"considered" not just the aspects of "the studies" being intrusive but instructive
and  that various Threshold tests "have to be done " to "keep the lights on"
as Proxy Cy has "terms" that they must stick to which involve "contractual obligations"
that "of course involve developing this to hurt people ,idiot!"

it is taking it's toll being called 'dummy" or "dumbo" every day
and Evan calls me "his boi Elroy"
to see how my signals
respond
I feel Evan try to "calm himself" the same way one senses how face to face ...some argument you are having with someone "close to you'
sometimes segues into some
respite of animosity
and how "to be a good person"one should. respond in kind ...for the other 'making the gesture" to
"un-stance" themselves
This is not very easy to do face to face ...and much harder to do with a Mind to Mind Interface
-obviously.

so-----Evan graphs "what can we do' to make this "relationship"
a little more placating to fuckin' Pinocchio,Evan snaps
and suddenly my
"bury the hatchet " attitude goes out the window
but I feel Evan ,,,once again "try"
"most people Elroy would give their left arm to have an "imaginary" non imaginary friend
around

"fuck you," I graph back..without thinking...and try to take back my graph...but it is too late and Evan is in a huff again
(*put me back on Brain Computer Interface man...put me back on algorithms...presets!
I just cannot deal with the unbuffered nature of Mind to Mind...I'm just not feeling that personable...)

"now this is just the kind of attitude THat MAKES me WANT TO hurt YOU.." Evan graphs ,"You MAKE ME hurt you"Evan graphs.

and I think .no I ask "..give me that Ketamine signal..please.."

I lay around a lot.
a lummox he calls me...Evan does..
Imparting that "he is not some toy"
and he feels HE is being used...
and I am supposed to be some demonstration of how one can ..."like" function
.like MOVE AROUND. like WORK!
while doing this A.I. Brain link shit
not lay around "tripping"all day....being told stories like some fuckin' 6 year old!
this thinking" is
sent to me wordlessly as  a Feeling concurrent with-
"You really think you deserve such a signal Elroy?..that Signal is a reward...not something a Proxy demands..
what did we say about you considering yourself a Targeted Individual? and posting on Targeted Individual sites online like your some Psychotronic version of Patty Hearst BUM!..this IS an enterprise..
a work in progress...an interface goes two ways..
how do you think your "Team" feels about being compared to Josef Mengele
...what did we say you think of yourself as ?"

"An Urban Astronaut," I graph back.

"what did we say to DO when it GOT too much?" Evan graphs

"work .won't sent you free Dumbo...but it might just keep you alive...and sane" Evan graphs sending me a rush of Ketamine signal...I pick up a paint brush and Evan says,"Good Boy" The primary visual cortex, which is responsible for generating more complex images, is located deeper within the calcarine fissure of the occipital lobe, imagination stimulate these areas effectively and biosensors made to receive brain signals in this area of the brain during interface can be "re interpreted " much like a TV signal if one is "hooked up" for Brain Computer Interface .

I put the paint brush down..

I don't paint much anymore
I am happy enough just transmitting "paintings " to Evan to often transmits whatever images I have sent him back at me...often "fixed" or modified in some way..
..
Lately Evan graphs..."so you don't care..about "crafting" imagery into some marketable commodity
"no," I graph back,not particularly...
"so," Evan graphs
your satisfied just being some transmitter...some childman version of Peter and the Purple Crayon?..
that's not the deal here...not anymore..." 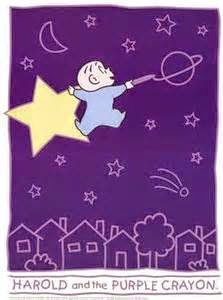 "so what is the deal ?"I graph

"The deal is you have to demonstrate you are a functional man...enhanced and not destroyed by ProxyCybernetics," Evan graphs

"But I have been destroyed by Proxy Cybernetics," I graph

"no Dumbo but you will be if you don't begin ....presenting THE FACT that a future consumer can live in two worlds.." I graph back.

how insane this seems .
He "only works here?" he only "works" doing Telemetric Perception Augments on what was once MY mind Alone...
why can't I just think you the paintings and you do them on your end..

"because Dumbo this is laboratory not a fuckin' art studio..because maybe we're working on other people ...besides King Dumbo"Evan graphs

My writing has gone to hell lately..
since they stopped
"helping me out'
without their expertise
concerning writing style
probably "some style" acquired by 'some other Prox"

'Yeah Dumbo maybe some Proxy that knew WHEN and WHAT storyline to "stick to"
Evan imparts....

thinking "talk about story line that 'fell apart" which was season four AHS..oh I know how we'll end  the season ..let's just shoot every body...

"if I were you kiddo i'd keep certain thoughts such as that to myself..."

I am only allowed to watch CERTAIN programs
AHS being ONE of them...
my TV watching is one thing I
have been trained to
do ....because what happens when I decide I will watch what I want
I "pay" in ways indescribable..

one of the main things they want to "test" is how TV and "the apps " work together..
another thing I am not ALLOWED to write about...

instantly the Ketamine Signal is switched back oN
and
some kind of "truce" is reinstated...
and I paint..

if I don't start changing my ways ..they might just shut the who interface off entirely..

and believe it or not
that is the main thing I fear...