مرحبا الفضاء الصبي
I hear a voice say ...but than "the voice seems to correct itself..
"Hello Spaceboy," Evan graphs
"Hello Evan ," I graph back,what was that all about
" Just a glitch Kiddo...just a glitch," Evan graphs.. 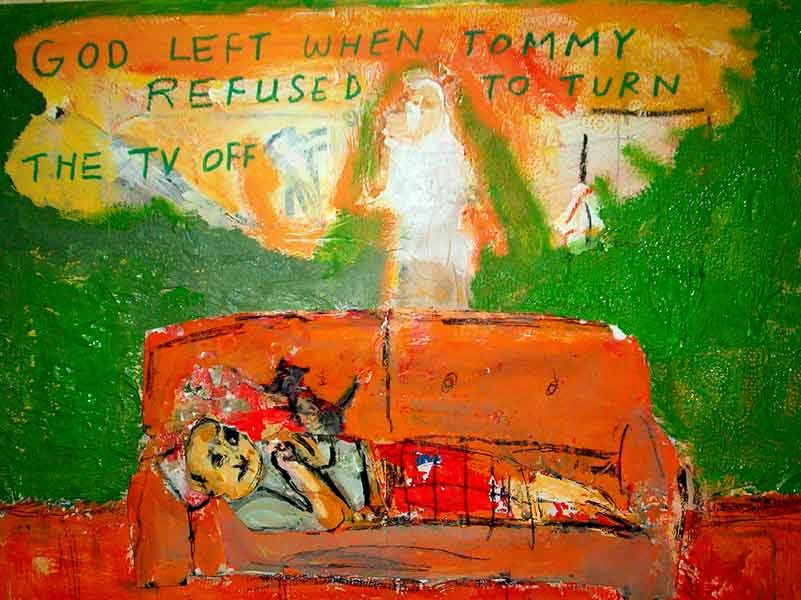 "mainly ,,,we did this "for you" so nobody might steal any wearable computing ....and to be honest ...you'd look kinda' stupid walkin' round wearing a head sets we use rather than being lucky enough to have more invasive tech that has literally become part of my nervous system...

nobody wants to "Play a Game" when there is not a True Sense ...or Synthesized  Sensory Over-ride that does not
Pump of The Volume
of storyboarding...
upon certain "themes"
ProxyCy wants to "see" in Real Time
might get a Proxy
in genuine trouble...

so "this feeling you sometimes get" that ,'uh maybe I shouldn't be writing about some of this...it's all your head..."
and someone
must be the
'Bad Guy/Culprit /"Man Who Knows too Much"
or we really couldn't get a "look see"
of just how far some of plottings can go...

without someone perhaps
getting Hurt in Real Life...

"which would Be Me ...of course"I graph.

'so what's the name of this Game we're working on ?" I graph


(2)
I
work
on
the
8th
floor
of Proxy cyber.
and for this reason I can remain nameless.
when I place a headset upon my pate
to monitor one of our  many subject's thoughts and actions
I use I program that's main purpose
is to buffer my own thoughts...and thus my own name..
when I must do a quick review of an especially complicated
set of signals ,often both task related and emotional in context..
when I see or read one spiked for  remote Monitor's Brain mapping  and /or  Brain Signal Transcribe and Analysis ..
either a loud beep beep beep similar to a heart monitor indicator STAT -like intervention
as some anomaly of some kind has occurred bio and physiologically indicating "something is amiss"
When such "red flags" go up concerning a subject's Brain Signals
it is my job to quickly switch a subject's Brain Computer Interface used primarily to collect data
and re-enunciate certain Brain Patterning Entrainments
to a Direct Neural Interface
which means I must go Mind to Mind with a subject to do some interrogational work
to seek and perhaps destroy certain neural pathways regressions
that created that instigated 'RED FLAG' -"calling all cars"
intervention
Usually this occurs with subjects who were not just picked up and spiked with Merge biotech in some flophouse,homeless shelter or mental institution
but with those  grandfathered into a quite special ,unique Child Rearing  Program
that 's main function was to pre-program a subject's Mindfulness
in facets.
Often out of seemingly nowhere
their entire bracketed initiated "don't let this cerebral hemisphere know what the other cerebral hemisphere "is doing"
breaks down into some organic Mental health Issue that basically integrates
aspects of decades of work
that were invested
to :make sure " such integration never occurred.

In an instance....the type raised only to be segmented into  compartments that can be
"brought to reflexive response" by CUE-ing ...
becomes
a liability
rather than an asset.
Decades and Decades spent working on subjects "born to be had"
down the drain.

I take night school lessons at the Neuronautic's Annex in Koreatown
so one day I might be able ....and licensed to
go Mind to Mind with whatever Human trash
we picked "picked up and Mickey-Up"
to test our unique brand of Bio -Chip
that allows Proxy Cyber to
test our Brand.of Mind Augment ....Mind Adjustment techno...
recently we have a bid with the state's Corrections  Department
to place
various Pre-recorded Variance s of this subject or that subject's
Acquired Brain signals
a signal based equivalent of Lobotomy
but our main concern is with "those born to be Purposed"
due to their upbringing that allowed or moreso forced their minds to shattered in such a way
that bits of information or "character" could placed in their Windmills of A Mind
that might be retained but not quite  accessed by the supplicant
without
the proper set of "key phrases" or "triggers" that could "open up" previously vaulted
persona' based safety deposit like
fragments of retentive ,retained information
that could be accessed only by those familiar with a Man or Woman raised in such a ruinous fashion
the necessary "splintering " of Self might allow
for convenient storage of information
a Man or Woman raised to dissociate "on demand"
might carry in them
unbeknownst to them..

what I find a pity is that when some spark ,some CUE not issued  from a Handler familiar with
the  a Multi faceted Manchurian type
somehow causes those raised ONLY for this 'service"occurs
The Subject presumes inevitably some type of
"Awakening " has occurred that might both explain and therefore be the first step
in "this kind"who often .live and exist in some type of netherworld of "beingship",.a side effect of the nature of some of the Ritualized Abuses
inducted upon them to help male them purposely unwhole
assumed they have stumbled upon some turnkey to
a type of sanity ...based upon this 'rush of Wholeness" of mind
when it reality
all it means to a subject raised to be broken
is that they're usefulness...and thus their lives...for all essential purposes are kaput.

a true shame .
as "this type" raised to be un integrated often does quite well with other aspects of
Proxy Cybernetics..
concerning their threshold for induced Perceptory Alterations
and Symbosis  Augment via Merge BioNano Visual "Hallucination" like "seeing
that the Tv and Film Industry has shown much interest and Venture Capital in
exploring concerning more mundane aspects of Mind Augment concerning
Brand Loyalty and Pavlovian Response to straight to  cortex  Persuasive Techniques via this New and Exciting Technology.

With those born solely to have their minds made manifold
my job
is to introduce askew and adversity to their Algorithm Based Brain link to introduce  aspects of disorganized thinking and electronic based
synthesized simulations of "true" and not "Conjure Based" insanity to their Merge riddled Minds meant to incrementally add  subtle aspects of
genuine not "sublime "thought disorder
upon a subject deemed
Unresolvable
and therefore expendable..

What a waste ,I cannot help but think
such complex and brutal ,scripted Child Rearing Techniques to shatter a this asset now liability's  mind..
so he or she's Mindscape could  serve as the cerebral equivalent of a carry-on bag
so much expense ....so much time  inducing
Trauma based Imprints
to contain separate their mind into compartments
Luggage
so during their  bumpy flight the  toothpaste we placed in one
persona
might not burst into the compartment we  kept our
under gear in.