WHY CHOSE PROXY CYBER MIND AUGMENT INDUSTRIES AS YOUR BCI PROVIDER? (2009)
One must first carefully consider which brand of  brain signal transcription equipment best suits one's lifestyle as  the bio sensing ,brain signal transcription software and provider you chose has been formatted  to work only with one specific brand of bio sensor product . Because nanotechnology allows biosensors to bypass the blood brain barrier and therefore position itself between actually neurons the use of the P300 wave is no longer the primary means of Brain Signal Transcription nor the bulky headgear that went with such primitive means of BCI. ProxyCyber nanotubes (nanochips) are created on a molecular scale and  are specifically  crafted to  bond and  or position themselves with pre-assumed macroscopic alterations of the carbon nanotube component tandem to a wide array of Neural function , for instance a neuron  that produced signals for sight is different than a neuron that transmits neural information concerning smell or touch. ProxyCybernetics biochips have a 77% brain signal classification and transcribe rate ProxyCyber and only Proxycyber has patent rights to  programs that can negotiate the 13% of low amplitude brain signals into variables that actuate a "read rate" to near 100% .  Once Proxy Nano Tube Carbons are  positioned within the temporal lobe  the signals of all five senses can now be transmitted to a  storage location that is compatible with Proxy Cy's unique biosensor brand. Most corporations  in the  Mind Augment Field  go to extreme lengths to add extraneous signal (white noise or “hot noise” to configure  brain signal transmission into a “language” that can both ride upon or mimic currently acceptable wireless “cross talk (I.e. Bluetooth)most Mind Augment “studios” do not use the WMTS (Medical Service Radio Communication Service )specified and licensed by the FCC for other devices that allow a  Brain Computer Interface ,A.I. or Immersive Reality 5 sense overlay 'over-ride” .Approximately one in 10 biosensors included in the initial “swarm’ of  Proxy Cyber nano “bots” (between 150,000 to 250,00) serve no brain signal monitoring ,sensing or receiver function as unlike most Mind Augment Companies our dedication to "privacy of thought" is one of our main goals. The 1 in 10 factor makes Proxy Cyber  a natural choice in BCI , A.I. and Immersive Reality "courtship" as the one in ten factor "purposely  convolutes and thus mask the brain computer or mind to mind” interface(Tele-Presence ) by providing white Gaussian noise which can later be “subtracted” by support vector machine  at the BCI IP  location. The 1 in 10 bio chips meant to interfere with neural and sensory data signal transmission and inception also are formulated to use biological functions that in no way are meant to transcribe brain signal into “language’ but only to re-attribute the imparted brain signals around the industrial radio spectrum as Mind Augment and A’I’ conducting “off grid” Human Testing with BCI often do not wish for  transparency and thus provincial legislations to compromise  our research of this exciting New Way of  communicating by being forced into using WMTS (medical device radio communication services licensed and often scrutinized by the FCC

"Gary Rainy claimed all that we had invented was his.."former CEO of ProxyCyber said,"Gary Rainy could have convinced you he had created oxygen...that's how good Gary Rainy was...

It began when Gary  claimed that Experience Imparting Frequencies
used to induce  SIGHT upon another's visual field  was his idea and Proxy Cy had stole
his Intellectual Property. Gary Rainy said many involved in Proxy Cy had once been Neuronauts...and this was true...but as far as any of THEM knew Gary Rainy was not spending his days creating macroprocessors....but sitting on his but writing Gobblydeegook about Mind Walking with Green Men or something..
Gary's indignation that we stole Experience Imparting Frequencies from his "org" mind you was based on a short story he wrote, you see.... and because he had written about "Holographic like Sight " in one his   "Long Shorts for Boys"(1954) ,science fiction anthologies (half of which no publisher ever  saw fit to publish )he had a case...somehow."

ProxyCy' and our lawyer gave proof that many,many Mind Augment Groups had created apparatus AND programs that directed frequencies upon a person visual cortex to produce Inner Vision perceived by the brain as holographic in nature .*

*The hallucinatory phenomenon  thought to arise because the frequency of the external magnetic waves is similar to that used internally by the brain for cognition. By stimulating this particular brain activity, through a process called neural entrainment, one  confuses the brain into producing hallucinations

Length of exposure to EIFs Over 20 minutes [if static] 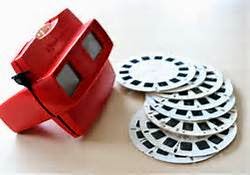 Gary Rainy,the CEO of Proxy Cyber claims ,"May well have brought a shopping cart to these trials...no need for him to stop at a cash register ..no.no..just take it...please just take everything we spent decades working on..."

According to Proxy Cy nearly every case Mr.Rainy brought against us was ONLY to get access to our research...as well as OUR documents, data and even technologies barely "off the blueprint AND all THIS we were  forced by the courts to make give Gary's lawyers as part of the "discovery "phase of the trials...

According to ProxyCyber's than CEO,"The Aggrieved Party was always Gary Rainy who could cry at the sight of an illegible zero ("My eyes are going,"he would say tearing up ,"...Judge...the stress  this has caused me...all my work...now there's...all my money...all the money I  spent ...none...all stolen...).

Instead of the courts settling anything
inevitable there would be filed complaints based primarily on "findings" found in the previous case that Gary's lawyers used to file endless cross claims based on admissible documents found during  ' discovery
"manly about" research that made Gary Rainy see red flags,I tell you all that man ever saw were  Green Flags.MONEY
The judge ,who in hindsight must have been a Neuronaut himself
found according to some new form of law neither my laywers or myself ever heard of " curious-SIMLIARLY  ASSUMED applications toward A.I. and Immersive Reality" Intentions...

By the end of the trials everyone was talking in  GARY RAINY wordspittle..
.SIMILIAR-LY? is that even a word..? Proxy's CEO asked
...Nonetheless Proxy Cy was forced to hand delivery to Gary's numerous attorneys research and development data that only added to both Gary Rainy's schooling and MORE cross claims...

During one hearing  Gary audibly fell to the floor ,getting up he asked for a private sit down with the judge- which was denied...Gary ,crying told the court that he apologized for his previous outburst, still rubbing his head he claimed that according to "this prospectus "in my hands ,which are still shaking.. Proxy has also stolen my  other method of Occipital Imbue ,,,namely Infrasound.

When Gary was asked on the stand by the "accused" attorney ,"What Mr.Rainy is Infrasound induced Neurotronic SIGHT?

Gary claimed,,"That the fall," had made his brain a bog of PAST INGRAINS..that had taken him a lifetime to Expel from himself ...

and low and behold the next week Proxycybernetics was sued for "Aggravated Psychological Assault on Gary Rainy's Re-Emergence of Past INGRAINS"
Posted by vvvvv at 2:08 PM