The Blob(cont.)-"The War on Aberrants"

"E-Merge" was a private surveillance firm created by the science-ideological based  Neuronautic's Group to protect  the group's own physical and Intellectual Properties .

With the procurement of ProxyCyber's  A,I.. and BCI  Technology  now streamlined towards Neuronautic's Soliciting Techniques, created by Neuronautic's  founder Gary Rainy . The self  "police-ing" skills of Neuronautics in finding and removing "Aberrants "from  it's own flock  soon  became the envy of  less privatized agencies also involved in law enforcement and  novel"surveillance ".

Word had it that" Nobody Does it Better "than Neuronautics" .

Perhaps nobody in California jones
for the Town or city to burn the annexes to the ground
as some in the town
believed rightly or wrongly that this group held almost as much clout as the motion picture studios
had "previously(?)
in terms of "self patrolling"
it had even been suggested that certain federations
might have been made with certain agencies...who ..took interest in the intelligence that went into creating props and
gander for our collective eyes and ears to partake of..

In many ways "The New Way" of "Neuronautics' operated as might the "Old Guard" of Hollywood did
in leasing it's personal services to many who desired FILM and Narrative and the psychological influence such operations inspired in a human being's Mind both consciously an unconsciously
to "get more:"experimental " in it's
undertakings to mimic reality and altered states "of play"

Neuronautic's ...free to thrive without much GENUINE limits

which IS one's inner monologue ..
after all..

as the times changed...
the country seemed to Grow Up Neuronautic's founder would say and mimic

Neuronautics  - no apologies /no  holds barred brand of "with us or against us " once the punchline of late night comics "now mirrored "the times".Neuronautics was no longer on "the fringe" but "towards the future" especially since  it's acquisition of Proxy Cyber Brain Computer Interface technology.

Both Neuronautic's  Surveillance Force and the Operating Tele-Presence "officers'  were often "leased " to other agencies who also had rational concerns about  Dissents,Aggitators and Abberants "hidden" Amongst Us.

..There was talk ,but the talk was in whispers ,of Neuronatics becoming "The New Way" for "The New Times" that required a heavier hand than many were once accustomed to.  According to Gary rainy Neuronautics did not catch up with times but the Times have finally caught UP with US. There was  a presumption(and an unspoken assumption) that in Gary Rainy's lifetime a Neuronaut "might" be elected to higher and higher offices of Persuasion.

Certainly Neuronautics had  enough money to elicit  favors  from  people  within the system that openly Gary Rainy scorned but privately wanted "a say in" perhaps not directly but through representation and who better represented Neuronautics than actor Adam Parker . Unlike many Neuronauts who glossed over Neuronautic's "war on Aberrants, Parker stated that ,"he  was proud of the strength of a system mandated "a cohesion of form and structure...those without a sense of One-ness of Consciousness ,"Parker explained," are usually about "me-ness"of Conscious that cares nothing for the current  social structure and the benefits this structure offers,people who can "put up" house like to tear other people's houses  down.

Although Adam Parker  was not  involved with Neuronautic's Private Police-ing Practices(or E-Merge) he is quoted as saying that-,""he was all for Them...and Whatever They had to do to Protect the  Movement , had to be done  .

.The Policing element of Neuronautics had been called before the courts many times (in the past) for it's "cohesion"/ compliance tactics ,one judge referred to Neuronautic's practice of malighning  an ex -member of "the church" or one who "mis-spoke} of "The Movement" as Mobbing or Gang Stalking  .The job of" self police-ing " the organization  was often about preventing one deemed   Aberrant or Dissident "to the cause"  from living any semblance of a normal life.If  indeed these "Ruiners" were found  guilty of some form of ‘subversion’, the" Self Police-ing" elements of Neuronautics aimed to  encourage the Deviant  to further implicate and discredit themselves.

Often the "game plan" was  to undermine  their targets’ self-confidence and peace of mind, rather than physically beating them. Although physical coercion sometimes" had" to be  employed  more ‘subtle’  means of  psychological decomposition became easier to and easier to use and "do" with accesss to "Psychotronic  Technology that could literally , .remotely  interface technology  sounds and visions,sleep deprivation, disorientation, humiliation,  ominous threats against the subject and their families combined with promises of leniency if they ‘confessed’ via interface "their Aberrations." 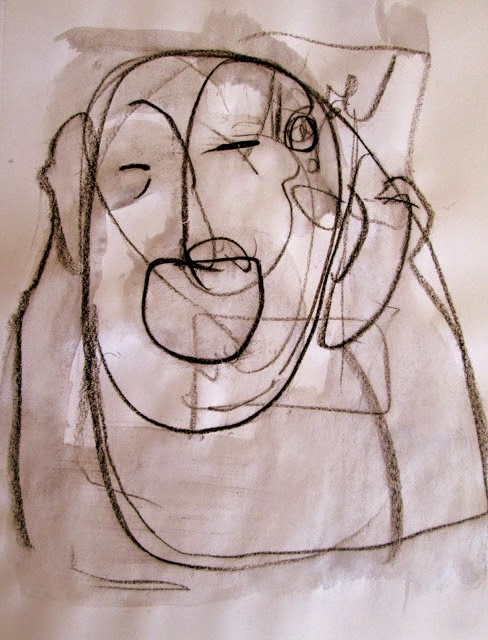