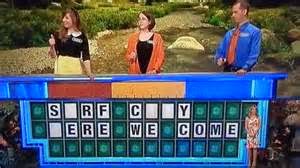 The ethics related to brain-computer  interfaces get murky when you turn to the matter of input created to specifically to induce engagement of one's emotions, namely television which can  function as an endless form of Rorschach Test*  if one has been augmented** with Mind Transcription intra-neural prosthetics .Perhaps more frightening than  TV as Rorschach Test are the cues one willing invites  into one's senses and perceptions when one turns on a TV being introduced in a manner that purposely  coerces automatic responses based upon both individual and demographic based data received by a gathered " Neural Read" .

*
The P300 (P3) wave is an event related potential (ERP) component elicited in the process of decision making. It is considered to be an endogenous potential, as its occurrence links not to the physical attributes of a stimulus, but to a person's reaction to it. More specifically, the P300 is thought to reflect processes involved in stimulus evaluation or categorization. It is usually elicited using the oddball paradigm, in which low-probability target items are mixed with high-probability non-target (or "standard") items.
Event Related Potentials can be  recorded by electroencephalography (EEG) or other means of brain signal transcription, primarily of the parietal lobe. The presence, magnitude, topography and timing of this signal are often used as metrics of cognitive function in decision making processes.


*Many scientists at The  Institute for Ethics and Emerging Technologies, minimize the dangers of broadcast stories working in consort with Mind Reading(brain signal transcription)Technology ,Telemetrics (Virtual Reality imbued upon Neural Prosthetics so one can share 5 Sense Tele-Presence based interface)
Charles Rubin, a political scientist at Duquesne University however is quite concerned stating that,
"The more seamless the union between man and machine the less I am a user of the ‘machine’ and the more I become the machine."
"The dedicated woodworker may feel lost and out of sorts without his tools at hand, but can still function in the world," said Rubin. "How true will that be of brains that have been modified or modified themselves to entirely new inputs and outputs?"
Citation: "Man, machine and in between." By Jens Clausen. Nature, Vol. 457 No. 7233, Feb. 25, 2009.
Posted by vvvvv at 11:00 PM