The night of Cole's crime...Ethel and Julius went to bed early....
they held each other
not in comfort but in complicity 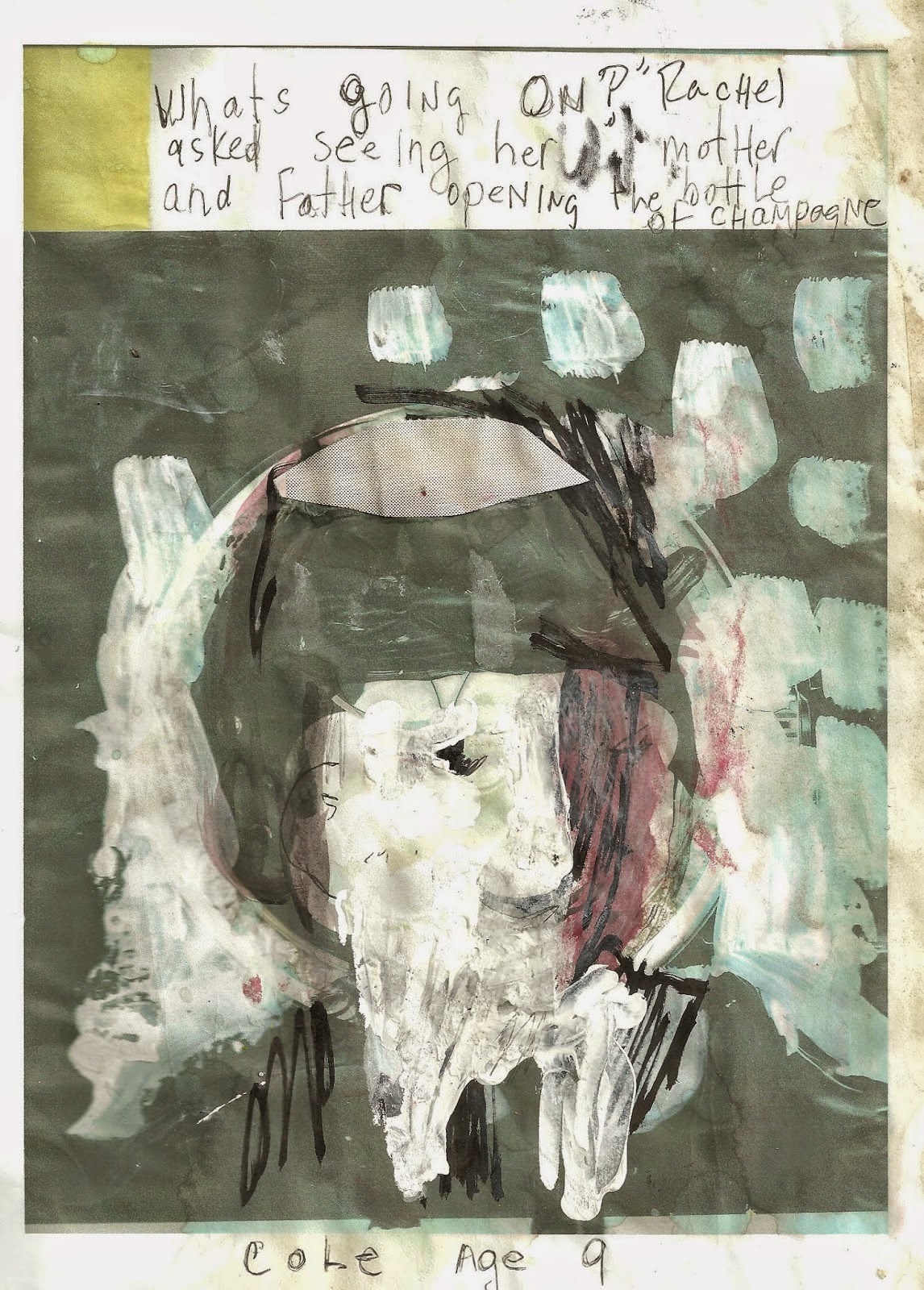 " To The Children of the Evolution!"Ethel whispered, kissing Julius..careful not to wake up RACHEL
Julius turned to face his wife ,a wife he would not have chosen-if he had a choice
But all those years before.
They both wanted in....wanted "it"
Julisus and Ethel Cohen even agreed to pretend they were Jewish.
To the world they were Ethel and Julius Cohen
but alone
together
on a winning night such as this
they forgot about their parts. and their scripts...
and were
once more Julius Cohen ,as played by Sherman Oberlon
and Ethel Cohen as played by Harriet Krulig

"It will be just like having a little concentration camp in your house ," the "phone man" the "electronics" expert technician  said rigging the nursery  with all sorts of cameras ,recorders  special quiet hidden projectors.*
Ethel found the technician base. Knowing that concentration camps were not a place to "get kicks"but get busy disposing of  vermin..
The technician ignored her body language and her "Glower and Glare" that won her the job as passive aggressive ,cold though smothering MOTHER in the piece Opposite Sherman as Julius -who would play "deer in the headlights ,hang wringing" FATHER all through ACTS one ,two and three
upon
the new born "king's" from the Jewish adoptive Services ...which had no idea what "service's "
THEY had planned for the yid.


"it worked is all that matters," Sherman said

*In 1903 Ives patented the parallax stereogram, the first "no glasses" autostereoscopic 3-D display technology. A compound image consisting of fine interlaced vertical slivers of a stereoscopic pair of images was seen in 3-D when viewed through a slightly separated fine grid of correctly spaced alternating opaque and transparent vertical lines, now known as a parallax barrier. The grid allowed each eye to see only the slivers of the image intended for it. Ives first exhibited such an image in 1901, at which time he stated that the basic concept had occurred to him about sixteen years earlier while working with line screens for the halftone process.