During World War 1 around 2,400,000 POWS were held by Germany.
Starting in 1915, the German authorities put in place a system of camps, nearly three hundred in all, and did not hesitate to resort to de-nutrition, punishments and psychological mobbing; incarceration was also combined with methodical exploitation of the prisoners. This prefigured the systematic use of prison camps on a grand scale during the 20th century.

In 1915 Private  Reynolds Ryan spent 225 days
incarcerated
in a camp in Hamlyn, Germany.

3  prisoners
were placed in separate


small rooms
with doors
instead of bars
on them
each room was modified to look
like a "take" on an American's  childhood room
...down to the style curtains and toys or souvenirs
an American child  was assumed  might posses.

the lamps,the beds,the blankets,the very flooring was copied by set designer's
the Prison "Reformers"
had "borrowed" from  Potsdam's  Babelsberg Film Studio, the oldest large-scale film studio in the world, producing films since 1912 which was experimenting with a new means of broadcast.

In the cell, in the room
that could barely be called a cell, furnished so nicely
so comfortably

the only thing
each prisoner
had reason to fear
was a strange ,large 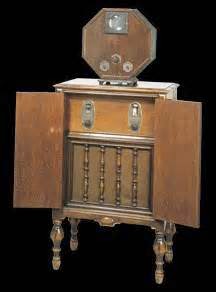 that
had a circular glass lens
on it

because of it's incongruity with the rest of the furnishings
the apparatus
became
a source of fear to  all 3 POWS
who confessed their fears
to
the  kind Ward ,never  dressed in any kind of "guard uniform" but  rather in a costume  quite similar to one of a  school master's.
More so  the Ward acted  not as Prison Ward  but in a very pleasant fatherly  manner ..
The female" staff "  dressed in "Sunday Best" attire rather than any kind of "uniform".

The food served to the prisoners.
in the special section
of the prison
was abundant ,fresh and well seasoned...

But the Box*
in the corner of the room
loomed ever and ever more
scary.....
....the round lens
a weapon surely----
that would be ,in time surely be aimed and fired.

a new type of weapon perhaps
created ,possibly to induce the most pain possible...

The Ward than  opened the back of the box
with a set of keys
and removed a plug of some which he unwound  and plugged inside a socket -
next
The Ward bent over the Box and turned on a dial...

in minutes
or was it less?
the circular lens glowed and Reynold was asked to come close to the light
but
Reynold stayed on his bed
covering his eyes with his hands ,waiting for electricity or light or energy of some kind  to come form the lens and strike him dead or blind him
when moments passed and Reynold looked up and saw that his ward was looking directly into the circular glow smiling
Reynold ,assured now  he was in no danger walked over to

and saw inside the box


Jeannie's face did not move ,but rippled.
and than he saw Jeannie from another angle it seemed far, far away. 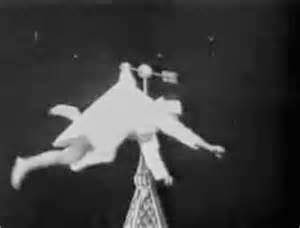 "what have you done ! What have you Done!," Reynold's Ryan cried and cried ....pacing through the room

Reynolds had of course seen movies and also nickelodeons ...

but the IMAGE  did not look like this
but
scanned
somehow

as if bit's of Jeannie's soul and being were
as the Ward  had said somehow dissected into lines. Into lines of light...

"Was Jeannie hurt during the dissection? "Reynolds asked the Ward, wanting the man out of the room and his cousin OUT of the BOX she was contained in.

"Quite a bit I am afraid....she's recovering quite nicely....if we had shown her to you  during the first week...I am afraid of what you might have seen,"

Reynolds threw up...wanting Jeannie ,in whatever shape she was in ,safe and well....

Reynolds tried not imagining
Jeannie being cut into a million lines
and than put together again
with electricity.
When the Ward unplugged the Box  Reynolds screamed and through himself on the bed
Listening to the Ward ,
placed the plug back into a small chamber in the box's back.'s which he locked with a set of keys.
the ward than left the wailing POW
closing the door of the cell softly.

The next morning Private Reynold Ryan asked the Ward if he could see his cousin
and make sure she was alright...
The Prisoner asked if Jeannie was being fed right
by those that had miniaturized her, and dissected her
and placed her in the box...*
that had made her somehow into light
and scan

- a type of flat statue that seemed unable to move correctly.
Frozen.
The Ward  left Reynolds with a small bag of
fish food
that the ward said
should only be "fed" to Jeannie in very, very small amounts
as her new "format" of "Being" made as electric light
weighed less than an ounce
the Ward showed Reynolds a small opening on the top of the Box where the Ward said Reynold could feed his cousin, but  no more than 2 times a day
and that Reynolds should spoon a 5th of a table spoon into the small opening
so his cousin might not starve.

"Every 3 days I will come back and see how both you and Jeannie are doing," the Ward than said ,leaving the cell.

or I will make you so sorry,"Evan interfaces,".I will and can drive you irreversibly Mad in 4 minutes....

In 1924 Adolf Hitler spent 264 days incarcerated in Landsberg after being convicted of treason following the Beer Hall Putsch in Munich the previous year. During his imprisonment, Hitler dictated and then wrote his book Mein Kampf with assistance from his cousin.

3 political prisoners
were placed in

each room.each cell was modified to look
and be exactly like their own individual  childhood rooms
...down to the style curtains and toys or souvenirs
each prisoner cherished. would soon become well acquainted with.."The Box"
and gaged
by technicians
whose job it was to see   how each prisoner responded
to "what" was inside The Box

locked 23 hours in the albeit comfortable prison cells
all of the prisoner's confessed to
a kind Ward , who dressed and acted not like a Guard but as a school master might have.

The food served to the prisoners.
in the special section
of the prison
was abundant ,fresh and well seasoned...

But the Box*
in the corner of the room
loomed ever and ever more ominously
....
a weapon surely

that would  in time  be aimed, fired, deployed...
a new type of weapon perhaps
created quite possibly  to induce the most pain possible on another
so large and technical
this box looked 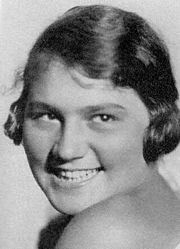 Hitler was woken up early
by the Ward he had begun thinking of as "friend"
and The Ward  told  him sadly that his cousin Angela Maria  Raubal
had been taken
and detained for reasons that would soon become Clear...

The Ward opened the back of the box with a set of keys and removed a plug of some kind which he placed inside a socket ,next the Ward bent over the Box and turned on a switch...

in minutes
the Box glowed
and Hitler covered his eyes ,assuming that the apparatus was intended to emit light or fire or energy
The Ward Hitler saw however was not scared of the lens
but
looking right into it
and when the Ward asked Hitler to "come see"
Hitler did as he was told

inside the box,inside the glass,inside the lens
was  his favorite cousin-Angela Maria  Raubal...
telling him
telling anyone who could see and hear her


who was filming her right now
Angela Maria turned around and showed whoever was watching ,listening, filming
who had ripped her blouse and made marks on her back

"The personification of the devil as the symbol of all evil assumes the living shape of the Jew....."Angela said,

"this is my struggle ,THIS is OUR struggle...."
Angela Marie/The Box- told Hitler to grab a pen and paper...

and to "LISTEN" to my words
and SEE me
as YOU
see yourself.....and all of us who need the world to know of the atrocities being done right here and now to our race..."

Later that week ,a terrible scream came from the box  which was now kept on 24 hours a day..
Looking into the glass ,into the lens  Hitler SAW and HEARD  men in beards and black hats and white and black scarves of some kind...ripping away Angela Marie's' clothes....

The development of television was the result of work by many inventors. Among them,  John Lodge Baird. Many historians credit Baird with being the first to produce a live, moving, greyscale television image from reflected light. Baird achieved this, where other inventors had failed, by obtaining a better photoelectric cell and improving the signal conditioning from the photocell and the video amplifier.
Between 1902 and 1907, Arthur Korn invented and built the first successful signal-conditioning circuits for image transmission. The circuits overcame the image-destroying lag effect that is part of selenium photocells. Korn's compensation circuit allowed him to send still fax pictures by telephone or wireless between countries and even over oceans, while his circuit operated without benefit of electronic amplification. Korn's success at transmitting halftone still images suggested that such compensation circuits might work in television. Baird was the direct beneficiary of Korn's research and success.
In his first attempts to develop a working television system, Baird experimented with the Nipkow disk. Paul Gottlieb Nipkow had invented this scanning disc system in 1884.Television historian Albert Abramson calls Nipkow's patent "the master television patent"Nipkow's work is important because Baird and many others chose to develop it into a broadcast medium.
In early 1923, and in poor health, Baird moved to 21 Linton Crescent, Hastings, on the south coast of England and later rented a workshop in the Queen's Arcade in the town. Baird built what was to become the world's first working television set using items including an old hatbox and a pair of scissors, some darning needles, a few bicycle light lenses, a used tea chest, and sealing wax and glue that he purchased.In February 1924, he demonstrated to the Radio Times that a semi-mechanical analogue television system was possible by transmitting moving silhouette images.
...Arthur Korn (May 20, 1870, Breslau, Germany – December 21/December 22, 1945, Jersey City, New Jersey) was a German-born physicist, mathematician and inventor. He was involved in the development of the fax machine, specifically the transmission of photographs or telephotography, known as the Bildetelegraph, related to early attempts at developing a practical mechanical television system.
Korn was the son of Jewish Moritz and Malwine Schottlaender.He  studied physics and mathematics in Leipzig at the age of 15 . In 1914 he accepted the chair of physics at the Berlin Institute of Technology.
Korn experimented and wrote on long-distance photography, the phototelautograph. He pioneered the use of light sensitive selenium cells which took over from the function of the stylus, and used a Nernst lamp as a light source. On the 18th October, 1906, he managed to transmit a photograph of Crown Prince William over a distance of 1800 km.In 1924 John Lodge Baird  televised objects in outline. In 1925, he televised human faces. Baird was the first person to televise pictures of objects in motion..while other inventors developed means to have the images correspond with sound.
Posted by vvvvv at 6:40 PM