always...gotta be...gotta be...
they say................when one
is put through this..
one becomes...........fearless.
magical
that there is a cross over ......from synthetic T.
to the Real thing..
but THEY say anything.
to keep you off guard...
SEQUENTIALS ,,,,for Future Gaming  it is NOW
as if THAT makes this any better..
any RIGHTER,,
PLOT LINES that might HELP OTHERS..understand?
THIS
is why You're HEARING and SEEING things
and for a moment my Thoughts feel as if they are mine completely.....

they use you up//
a rage goes through me..

PLOT LINES? for future gaming..
convincing another ? that they were raised and born ONLY to be
Invaded?

the Great Gazoo appears with his finger to his lips...
shhhhh.
as if THEY forget that my roommate and my neighbors CANNOT HEAR  me think..
or feel me
scream
in spite of my knowing that  what I see is Only a Paper Moon
Only an Occipital Overlay
I throw a pack of Newports at the Tele -Presence..
I want OUT of this
they can care less.
I want my own senses back...no more interfacing

a large book appears
the cover some 1950's Technicolor Knock Off.
a Fairy Tale like rendering of
some child lost in the woods
and the woods  have eyes...

THEY treat me like some 8 year old
with some of these "graphics"
....
I hear a Voice however that is not suitable for children

we call THIS one
crackhead...

"Children,
if raised in
Deprivation Based  Environs
enable the child to Disambiguate their core
personhood into a vaguely rational
Variation of Reality Based  Conceptualization

...to inaugurate Attenuated Perception toward a Mutual Modality of
foreseen future technologies
with

the domestication of Man in the last hundred years we suppose have
shut down
Primary Facets of the Amygdala's Mystic Perception...
and have discouraged pituitary discharge of DMT...
and ....other dormant systems that may soon "go the way of the gall bladder"

.. because of man's domesticity and the rather abrupt change in civilization
including the Safety Net features begun in the 1930's and 40's
to all but emasculate
Mankind...from Primal Consciousness
and the
dedication of a politic insistent on keeping
Social Darwinism
OUT of the gene pool
Coercive methodical
non sentimental elements of   Child Rearing MUST be Phased in rather than phased out of
a portion of the population
to study
Crafted Childhood ...Primitive Ritualistic  Instigation of
Man that may or may be Psychic in Nature....

We might presume that Participants may come away from induced Schizoid States of Beinghood
with Ancient
Perceptions....when men and women truly Heard
and Saw
Emanations...

"your schizo affect is seen as  "A Shield "for future  Consumers
so they might be able to go "Mind to Mind " and
come away from this  New form of Communication
intact....rather
than Becoming a USELESS Ingrate like you
who serves absolutely No Benefit to Society
and is in FACT
a Burden to society
"go fuck yourself ,' I think to Evan ..or whomever it is pulling the strings..."i ain't your fuckin' TOY!

they nearly have me convinced AGAIN
that I was raised for this shit... 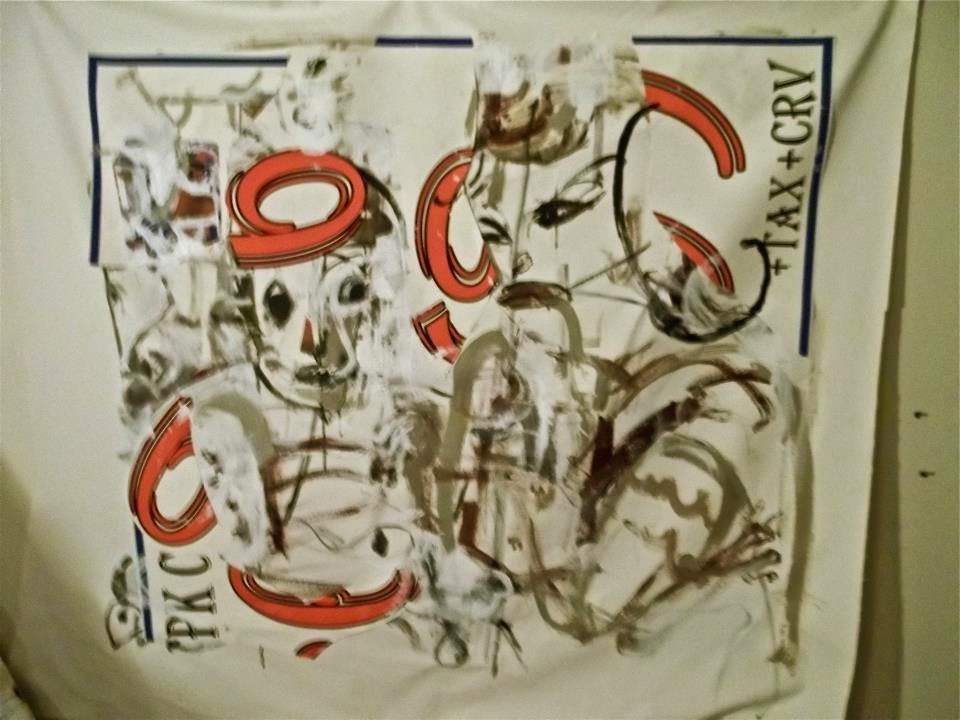 I had begun turning AGAINST my parents
when they first introduced
"this provocation" upon me
back in the days when I was WITH
Neuronautics and NOT sooooooo very, very much against them!
a FAGGOT is a Minus 5 on Neuronautic Scale of Human Evolve...ya see.
and a JEW  ....they have determined Intellectualizes
LIFE rather than
experiences LIFE...
what in g-d's name they expected is Beyond ME
and YESSSSSSSSSSSS Evan imparts
so very , very beyond me
ya got that right
I am a traitor to the "cause" and my writing Evan says far from saving me..is assuring me
and THEM my goose will soon be cooked.
as One such as I has NO ALLEGIENCE to
anything or anyone it seems
and that for all these years of "training" I have merely Taken from the Interface and given
quite deliberately so very little back
I can barely wrap my mind around this and they send me a Friendly
Pac Man type shape...
and a cartoonish  voiced "Man Down"
Dude you gotta get better at this
or we'll rip your soul apart:)
﻿
Frank Chadwick formed the ISU Game Club at Illinois State University with Rich Banner, and Marc Miller joined in 1972. The club focused on wargaming, but the three students also started designing games for fun and convinced the university to fund a new program called SIMRAD ("SIMulation Research And Design"), which was intended to help instructors to produce specifications for simulation games.[3]:53 They used their club funding to design war games. They also formed a small educational games organization in response to a project by the university to bring new ideas into the system. After failing to win this project, the three continued to work together, forming Game Designers' Workshop.[4] When ISU stopped funding SIMRAD after 18 months, they founded Game Designers' Workshop on June 22, 1973 as a commercial outlet for their creativity, initially headquartering the company out of Miller and Chadwick's apartment.[3]:53
Posted by vvvvv at 3:13 PM