my 3 rd stepmother calls
oh
what fun she would have with a headset,a hairnet ,a helmet filled with bio sensors
for the cerebral intrusion she accomplishes
through only my ears (I refuse to Skype with her....as all I hear about is how "Homeless-ie" I look...or Druggie I look....or about my nicotine teeth)
is Mandler-esque
in nature... 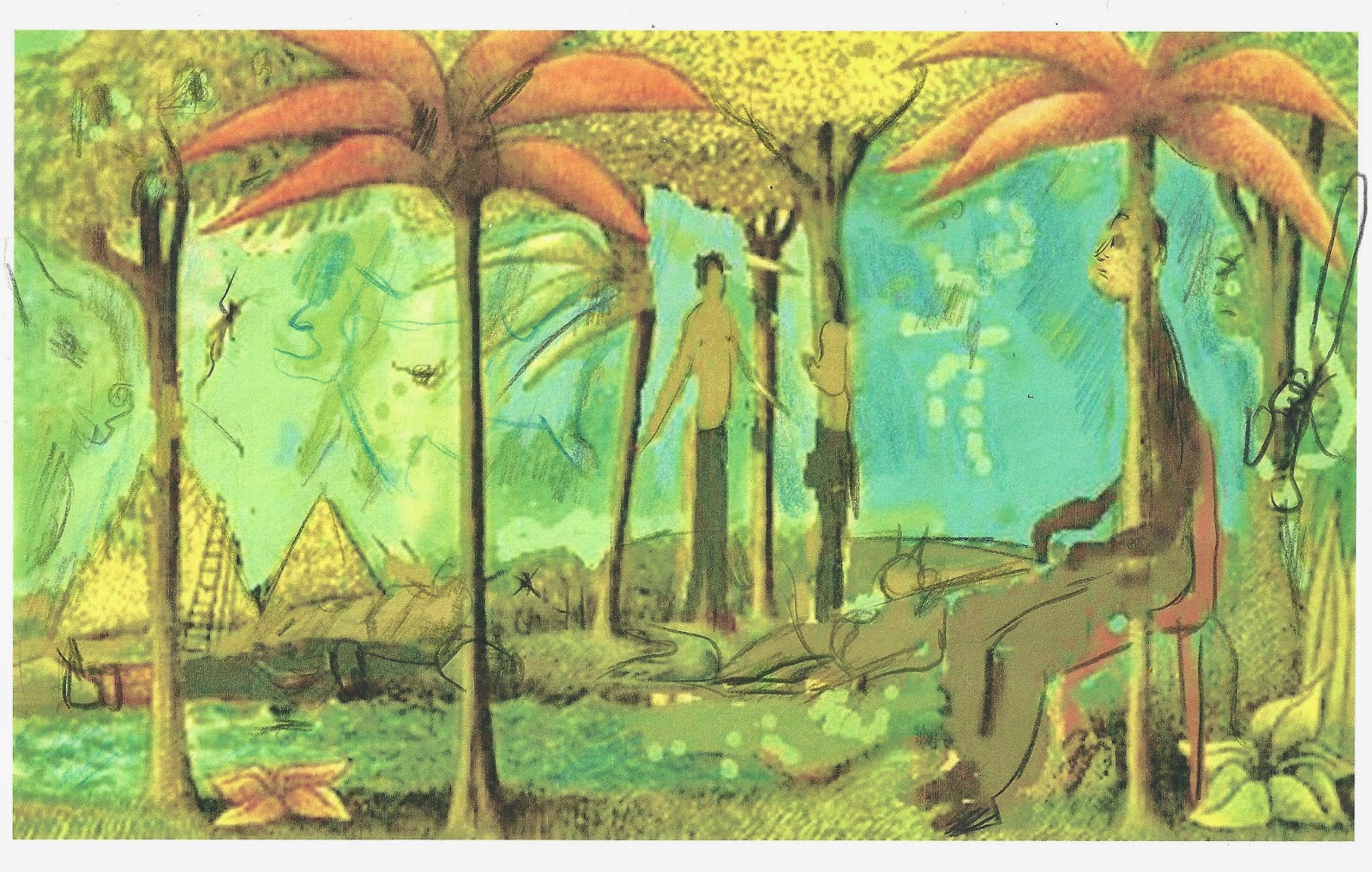 she tells me that my Adobe Doodlings,quite obviously done over Maurice Sendak's "Where the Wild Things Are" MIGHT have been somewhat appealing to the eye IF I had bothered to take the time to first print out
than modify the print with a dash of watercolor pencil
it's sort of sad enough to resort to using another's artistic
vision to begin with in

she said "I suppose is you attempting to explain visually your version of an Occipital Over Ride..."

She says that my rush to post every half baked notion that comes to mind clearly is what your Mentors are baiting you to do...and that ,"For someone so concerned about self will
you seem to have absolutely none of it worth defending in yourself...
in fact you seem to be a poster boy for the type of misguided jackass that needs remote neural monitoring via "apps"

"You're ON something aren't you...you sound Hospitalized...Seroquel? am I right?
KNOWING
THEY can't do any useful Intra -Neural Auditing till THAT poison leaves your system."

"Good ," she screams.
(A.)-psychiatric drugs destroy whatever mind you might have left crackhead
(B.) this Venture costs THEM quite a bit of money and requires a Type of Continuity of Thought Process .

"Would you go to a psychic half in the bag?"she asks ,than ."Or would you get your palms read if they were wrapped in gauze ."

I can't even think this way.I can barely move when I'm on Seroquel let alone "Mind's Eye" some concept of gauzed palm Palm Reading.

Mt 3rd step mom changes the subject, telling me about a fascinating biography she saw about Tom Hanks and how arduous it was for him filming "Bosom Buddies" ...How for years Tom Hanks had to show up both on set and in dressing room to play dual roles.....well it certainly paid off in the end didn't it? Charlie Sheen was too lazy to even wear pants!
Tom Hanks ," she says,"is a man who paid his dues....I want you to think of Tom Hanks from time to time...I think it might help you..."

My 3rd stepmom talks about movie stars as a devout Catholic might talk about saints.For years she focused her rather extraordinary embroidery skills on fabricating icons into fiber art she felt worthy of intentional gaze-
Van Johnson
Clark Gable
and ....for a time
Meg Ryan.

Her embroidered version of Meg Ryan however she unweaved literally strand by strand when Jane Campion's "In the Cut" was released.

For reasons of her own my 3rd stepmother kept the un-weaved twine-ings
of Meg in a small Lucite box she bought
that she calligraphied
"Meg Ryan"
with an oil based marker
upon.

next to this Lucite box of yarn she placed a photograph she must have taken before unweaving the actress of
Meg Ryan ,by way of looming needle.

A few Thanksgivings ago she told me that "Miss Ryan"had a choice -
as to which script to follow
and had made the wrong decision....and that ALL LIFE
ALL MIND and thus SOUL is scripts that either run through our heads.Stories often of our own creation to have "Point of View"of our essence -our real or  imagined Branding of our natures .

Taking me by the arm
to the small box of undone Meg Ryan wall-hangings
she continued on, telling me,"Just as often the scripts ,scenarios
and alternative Points of View might be introduced upon us
as they were to Jesus on the Mount
to test or provoke our integrity


"NOT this Neuronautics Mumble  Jumble!," I said .

"Let Us Hope that Mista" Know -It -All doesn't get UNWOVEN himself by "this Mumble Jumble."