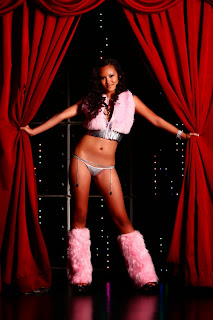 "It's interesting "Valerie said to Gary Rainy in the "control room" ,"interesting how they respond ,"Valerie said ,her attentions now "Attenuated "towards the oversized screens of social media content flittering before them than being inside Vegas .It was a tad jarring removing Vegas from her mind and herself from Vegas's nervous system. Hard to have sex with your ex -husband "as his newlywed " via the"apps",the Merge she had 'asked" the caterer to spike the wedding cake with for the wedding .Amazing how many people will turn their heads way from certain situations if they see the right head on a piece of paper money....
the subject ...she was thinking about
while feeling
her ex do" his tongue thing to Vegas" (and thus her via headset)concurrently
was symbols and the Evoked Potentials and Automatic Neural response to certain symbols
in this case -
an image of the
The Washington Capital....

It was hard deflecting her concurrent thoughts
from Vegas's Valley Girl "Grrl Power" fake oooohs and aaahs...
Valerie removed her headset
(thank g-d The Girl was "not as dumb as she looked,
according to a quick Neural Read beyond the "tongue. I wanna love you so bad" renditions of her new husband,,
The new bride was already thinking
of 50 ways to Bleed your Lover Financially
"the tongue thing" Valerie's ex and Vegas's" Now "did
somehow missed and friction-ed all the wrong
nerve endings...
(beyond the SEE)
Valerie had been multi-tasking ...feeling through Vegas her new "find's "old standby" -the tongue thing(what type of mother names their daughter Vegas?and expects this "ill named" child to end up with anything but
a scumbag husband?)and also reading various ingrate Ruiners ...input concerning "the Project" and the "unsolicited "Mentorship Tel- Presence A,I, and BCI testing "gifted to them"


Both Valerie Prentis and Gary Rainy
often checked in on Dumbo's brain signals...
concerning" Jew-ie "Intellectualisms
so tedious considering the "I want to get to Know you aspects" of Direct Neural Interface
Placing her headset on sgsin but this time "channeling"
little Dumbo,little Tommy Walker Valerie slipped the Ingrate an Ingrain that might induce him to graph his views on
symbolic Referentialism
Scumbo
TheRuiner
was a cross of several demographics at once...

but Ruiner was watching TV....ehich ,somehow little Scumbo even manged to do poorly poorly-
always comparing angles...and facial structures
to other stars both in the program and off. or to his own dumblittle face
a waste if there ever was one of the space between one's ears
Sans headset
Valerie thought her thoughts and her's alone
Looking again at facebook and "another petition "to stop "the Singularity" or whatever THEY called it ....these days
"Notice how they safe writing under the image of the capital dome....to type or text in whatever they want....
I mean they're aware that whatever they write
is seen...
and by whom
I find it kind of charming and quite reassuring that
the symbol of Justice still conjures up the notion of JUSTICE
"Odd ,that a capital building STILL evokes in
our "Human Lab Rats " a sense of safety and civil rights
don't you agree Gary? "Valerie asked .
.unaware that Gary Rainy was now headset Interfacing ,she supposed with that junkie in Des Moines...
the dazed look on Gary's half stupor-ed eyes said it all
it was ,good speed "the kid" had snorted
-as Good as Being There..

Although it could be riveting to "snap "someone out of a Merge Experience ..
.Valerie,not used to being ignored while speaking or "graphing" for that matter flicked Gary Rainy's headset off his temples and skull
and spoke again about how strangely endearing it was that even Human Traffic felt free to just rant about their "Mentors" online ,in plain sight -presuming there would or could be no consequences for their tawdry whining about ,"Oh ////the intrusiveness of it all"


* We are writing you concerning state funded organized stalking and electronic harassment and torture and requesting an investigation and an end to these unconstitutional human rights violations. There are thousands of victims complaining world-wide, the vast majority being American, of being targeted with methods of electronic warfare and psychological operations carried out by *****, ******, local police and civilians. Many are reporting that they are being stalked and hit with weapons which create various painful and annoying sensations in the human body as well as having voices projected in to their heads for years on end. ***** has already admitted to having these capabilities, it has advanced significantly since then and has been deployed against an innocent population. In
the 1970's there was a congressional investigation in to mind control techniques in use by the *** at the time and all such experiments were ordered to end, this did not happen however and they are now worse than ever.
Perusal of the materials provided here as well as a quick search across the internet will verify just how widespread this program is. It isn't coincidence and now with professionals and ******personnel coming forward it is deniable only by those who utterly disregard the Constitution, laws and the safety of this nation and its people. Since the murder of ******shooting it is now obvious that this program is more than dangerous, it is deadly, and if something isn't done all that can be expected is more suffering. We want our freedom back and we refuse to accept a society which is complicit in such murderous atrocities.


(2)
The previous night Valerie had asked master muralist to Tru Christie to premix an Neural algorithm "that might" introduce her ex-husband to much of the gaming in Vegas.
...Valerie asked Tru to first Imbue in Vegas a soft ,tenderness that involved Vegas foregoing her own needs and focusing her heart and her hands upon Valerie's ex,....a massage, a long relaxing massage........and Vegas (as Man-ed by me )and you "on bass "the thought of touching that scumbag..even with another's hands...but I want to see his eyes...I want Vegas to also see something "of me" in the little whore's eyes....just before Vegas disappears into the bathroom...or Is this a bit too straight to video?"Valerie asked Tru, suddenly self conscious about her Shining" skills.
"A bit phoned in Valerie,"Tru said
Valerie put on her headset...and tried to brain link with some pot head they"apped" in Carson City but Val was sort sweet on Jessica a poor housewife the Compo Cola group had finished with....they sold the lot of them (60 some people) for $127,000 to Neuronautics ...Valerie didn't didn't want to put any "big ideas "into Jessica's head as she was in the midst of persuading Jesse to go back to Community College so she might have something to fall back on WHEN Val decided it would be time for Jessica to leave her husband ,a nice but boring man who seemed to only stilt Jess's brain waves to beta when ever he "Hi Honey-ed I'm home ,she decided instead to tune into a woman named Darla whose husband had paid them in advance to drive certifiable to glean a bit of Skelter from a Woman (already )Under the influence...An instantaneous pack" came to Darlene about what she might do to the husband who "apped" her ,Removing the headset Valerie told Tru she Inner Visioned " a smooth transition something of a DISSOLVE,,,where upon Vegas takes a nail file and...."

Tru Christie,nodded,getting the jist,he still found a little too amateurish especially from a "player" such as Valerie ,."Consider it already "in the can ,babe"