i can't help but wonder who owns the rights
to The Great Gazoo..the Estate of Hanna -Barbara I assume
in my Mind's Eye
I picture a rather handsome woman in her 50's
for whatever reason she resembles Alfred Hitchcock's daughter .Patricia

this woman
I decide
is the heir  to the proceeds of the use of  character .The Great Gazoo"(on T -shirts....in posters...and G-d forbid another attempt to make The Flintstones into another movie)
and would not be very happy to know that
"My Team" is using this copywitten charater ...for their own Tele -Presence needs

In my mind's eye I visualize me writing a  detailed  letter to "Patricia Hanna Barbara "
informing her that
My Mandlers are using
her father's Intellectual Property
on me
in ways I am quite sure
Hanna and Barbara ...or whatever would not like one bit


"no Kiddo...you SEE! like the Suppressive Ruiner Type..
Smoke some more crack why dontcha?'''" The green cartoon space man says in his effeminate though brutal manner...
,,,
without words
the inference is that
my favorite past time
is making me dumb as a dog....

and that  dear reader
is the point....

the crack is my tin foil hat and only means of "OFF"
concerning
these rundowns
they appoint and accord upon my 5 senses
based
of course
on my
un solicited interface...

I wake up admittedly Hazy ...Lazy

The pills I am prescribed for my so called Hallucinations
the pills to make me
"un crazy"
actually make me
crazier
than I have ever been...

the Sights and Sounds are indeed augmented to my every mood and mode
and the Seroquel
sets the tone of the Tele-Presence
towards more restrained ,cerebral parlay of Group Think
boring but
hostile
like a Ingmar Bergman movie..

I began taking the Seroquel when I began smoking crack again...
IF one believes
or more so  KNOWS
that one is being used as a monkey to test drive A.I. and 5 Sense Overlay (Immersive Reality)
I assure you that smoking crack is genuinely
THE LEAST of one's problems
at least
until IT  becomes more problematic
than the Trigger that made
made throwing caution to the wind
(and one's health ,social obligations, career)
if not necessary than at least
inevitable...to some degree...

fuck you dear reader if you do not understand...
it is YOU dear reader
who does not believe my "tale of Tow"
(of being in tow,being imbued by Psychotronic Technology)
who has
created
the caustic causation
....of not Being Believed..
the time I have wasted attempting to
present
to you my predicament
wasted.
wasted on you dear reader.....YOU fool
who assume I am looney or WORSE writing some
"comic book"
about
The New Way

oh I despise you sometimes dear reader who only believes ,selfishly ....
what one sees .or reads or hears about on the tv...

you dear reader.
who has not "called all cars"
or at the very least corresponded sympathy and perhaps a bit of money
to I,Human Test Subject
I  ,Avatar
and Mind to Mind "meal ticket" for Mandlers
....spinning Brain Computer Interface 'round the block ,round the clock
on me
an INNOCENT VICTIM
and of COURSE HERO
of this ,granted- a wee bit convoluted "tale of today's tomorrow"

spare me your sympathies
send cash
and gift cards
to
I ,Pinocchio!
for every penny I have now goes toward blocking the "op"s
with the primary drug
that stops nearly all brain activity
especially in the case of rather low functioning Autistics
like
my previous self..

while some get amped on cocaine. Or amphetamine..
I become as still as a vegetable

Briefly the Great Gazoo turns into a carrot than a radish
I am not impressed
nor are they
-as the Mundane-ness of the imagery all but yawns ," we give up...you deserve the very least of effort
concerning Occipital Overlay...

{Evan knows why I reveal too much today....
Evan knows if I  do not remind YOU dear reader
that perhaps
I am more the unreliable narrator than even you,YOU FOOL believe
I might get my
little body tossed into a ravine...}

I needed Brain Computer Interface and Altered States like I needed a fuckin' hole in the head...

"A Whole in The Head" is what Evan graphs back
...
A wholeness,an integrity .....that Neuronautic's had offered BEFORE
I was deemed Mutinous
Problematic
a Squealer.
and a Squawk...

Evan sends me a pack of ideas of "Singularity of Soul" the sublimation of
ego being
the
Survival of a Species gone amuck
with
narcissistic aims
not geared to ONENESS of purpose but ONENESS of "Me,me,me" ism

The Crack is simply further Proof to the "Group"
that
types such as I
are anti social
anti-authoritarian
contrarians "placed here " by some Emminance that
desires
The end of Man...

I can sense them shut OFF when I think "ill"of the "foundation's Founder"
EVAN
presents as a bust of the figure head Gary Rainy...
all seeing
all knowing..

the marble ..or is it plaster? bust/statue
GOLLLLLDEN CALLLLLF!!!!!!'s mouth
moving
like some first year
film student's .....

I Pain and a sound reel through me....

as EVAN continues
my Come-uppance  Come-down-ance 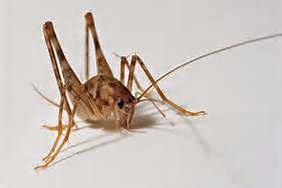 of the daythe baby laxative smell of crack cocaine  is what Neuronauts/call-a
REVERT
(a REVERT or REVERTANT is any "trigger"...that bring's one's mind Back to early childhood IMPRINT...a plush toy ,a sound one heard in childhood or even IN WOMB...a smell (baby laxative) that both consciously and unconsciously swerves one's neural; junctions back to "That")


and "that" is usually
a Self Referential Quantifier that pulls one away and not toward a spirit of Group Referential that "is in the spirit" of ONE
IDEA
Of MAN
that by definition is against selfish self delegation...that is and will be according to Gary Rainy the undoing of Mankind

Evan flits around now as Jiminy Cricket...
and  inserts a
variance of my Predictive Response to the imagery

in a mocking way
that assimilates my "inner voice"

I wonder if THEY would be happy to know that THIS FOUNDATION is using their Intellectual Property...

...for a moment the Jiminy Cricket grows large toooooooo large...
and is uncharacterized but a REAL 6 ft cricket
.....
stop stop stop
I think...
and the Occiptial Overlay once again is friendly
Jiminy -ish
rather than
Behemoth in TelePresent -Interface

a crackhead likes the methodical process of preparing the pipe..
much like a child enjoys playing with blocks..
the playing with blocks is more important(to some children.some DUMB children,he adds than the envisioned structure of their labors)

the crackhead enjoys the details of creating their self destruction
an anti social personality
often enjoys breaking things,even their own mind--

the anti social crackhead enjoys the childlike nods to his own dexterity
concerning bandying the copper wire to make a suitable screen and 'stopper" for the glass pipe,,,,Jiminy Cricket says ....removing his hat and un -folding his umbrella,"so the liquefied "product" won't eak into a lotion-ie laquer that will coat his mouth ,throat and lungs....
IF the screen is not well made  and well placed within the stem
the smoking of "product" may well become ...
a wasted effort..
made 10 times more dangerous than "need be"

"ften"Jiminy Imparts,"the Christmas morning Feeling " of
finally having
the rock
after minutes or hours of calling,waiting...and finally procuring the tiny packets of self abuse (that the anti social type enjoys)
the crackhead often tears apart the packets
like an eager ,MEAGER child nearly destroying "the gift"inside

EVAN ,again "as" the bust of Gary Rainy Imparts,"the Obsessive Regressive  Corresponding NEED for a pipe in one's mouth (for SOMETHING in one's mouth)....Is a Revertive Strategy the Unresolvable Type may use to
again and again re experience
early childhood "feeding"
....

Ignoring Jiminy Cricket's QUICK CHANGE to a growing real insect ...
I suck hard on my "revertive strategy"(yes already primed for most effective delivery)
to feel the wonderful scary and scintillating Damage
of the Nothingness of Being that the crack provides

but the sense Imparted soon enough became the dreary judgement of my judges and Tele-cu-tioners
that "the dummy cannot say 'when"-
also my Mandlers were excited for my teeth to fall away
so my choice of edibles would be limited to
soft food ..yogurt,ice cream...
any edible that is not jarring concerning a "Mind to Mind"interface
the crunching of food
they claim I "use"
to "fuck up" the Brain Computer Interface..with  Purposeful Intentional
"Digressives'
the worst thing supposedly "on their end of ....-the line"
are
everyday
essentials
such
as
mastication

Reaching My Autistic Son Through Disney

In our first year in Washington, our son disappeared.
Just shy of his 3rd birthday, an engaged, chatty child, full of typical speech — “I love you,” “Where are my Ninja Turtles?” “Let’s get ice cream!” — fell silent. He cried, inconsolably. Didn’t sleep. Wouldn’t make eye contact. His only word was “juice.”
I had just started a job as The Wall Street Journal’s national affairs reporter. My wife, Cornelia, a former journalist, was home with him — a new story every day, a new horror. He could barely use a sippy cup, though he’d long ago graduated to a big-boy cup. He wove about like someone walking with his eyes shut. “It doesn’t make sense,” I’d say at night. “You don’t grow backward.” Had he been injured somehow when he was out of our sight, banged his head, swallowed something poisonous? It was like searching for clues to a kidnapping.
After visits to several doctors, we first heard the word “autism.” Later, it would be fine-tuned to “regressive autism,” now affecting roughly a third of children with the disorder. Unlike the kids born with it, this group seems typical until somewhere between 18 and 36 months — then they vanish. Some never get their speech back. Families stop watching those early videos, their child waving to the camera. Too painful. That child’s gone.
In the year since his diagnosis, Owen’s only activity with his brother, Walt, is something they did before the autism struck: watching Disney movies. “The Little Mermaid,” “Beauty and the Beast,” “Aladdin” — it was a boom time for Disney — and also the old classics: “Dumbo,” “Fantasia,” “Pinocchio,” “Bambi.” They watch on a television bracketed to the wall in a high corner of our smallish bedroom in Georgetown. It is hard to know all the things going through the mind of our 6-year-old, Walt, about how his little brother, now nearly 4, is changing. They pile up pillows on our bed and sit close, Walt often with his arm around Owen’s shoulders, trying to hold him — and the shifting world — in place.
Then Walt slips out to play with friends, and Owen keeps watching. Movie after movie. Certain parts he rewinds and rewatches. Lots of rewinding. But he seems content, focused.


We ask our growing team of developmental specialists, doctors and therapists about it. We were never big fans of plopping our kids in front of Disney videos, but now the question seemed more urgent: Is this good for him? They shrug. Is he relaxed? Yes. Does it seem joyful? Definitely. Keep it limited, they say. But if it does all that for him, there’s no reason to stop it.