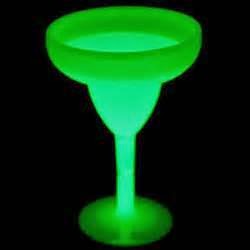 Valerie Prentiss and Gary Rainy sat at a table besides a holographic pair of cacti ....at a new restaurant just outside of  Coachella .A new theme restaurant ,it's theme holography..
"Tacky," Valerie said,"touching" a one of the projected cacti..."like this skate..."Valerie said,putting down her fork..."touching "-the catus" again, "what's the point of a cactus if you can't feel the needles,the pain?"

Gary reached over to fill Valerie's  wine glass that oddly Valerie had not filled all evening .Gary began pouring the wine into Valerie's glass
but the wine glass was a hologram...and the wine spilled all over the table...

"hey fuckhead," Gary snapped at the waiter instinctively ,supposing him to be "real"
and Gary Rainy next knew the waiter to be  real when He poured the remainder of the wine bottle 's contents all over the waiter's head...

Valerie laughed and got up from the table ,grabbing her bag...taking Gary's arm,"now that was theme ",Valerie said kissing Gary's cheek,deciding not to tell Gary  until he calmed down that she had asked and paid quite a lot for that projection to take place...

Valerie told Gary she had headset-ed the last few "interactions " between Evan and Scumbo...and felt Evan was going to ruin the whole thing

"we have more Dumbos...and we certainly have more Evan's but the two were literally "made " for each other...you'll talk to Evan..."Gary said ,having also been a bit trouble by "their dailies" I can't..."

"And I can? " Valerie said,refering to Evan ,Gary's son.
Valerie Prentis had been Evan Rainy's stepmother for a short time when both she and Gary had been married for a month or so...
Valerie was no better at "playing" Mother" than Gary Rainy was at actually being Evans biological  Father.
And to make matters worse between Valerie and Evan ,Gary had said things to Evan in a heat of rage some years ago that Valerie had told Gary about Evan in confidence, namely that Evan should not be allowed to become an OT (Operating Tele-Presnese Operator) or Brain computer Interface Mentor towards ,for or "at" another. ,as according toValerie, Evan lacked something essential in himself and has very little to therefor  to Emanate to another...either in person or through interface.

"As did Evan;'s mother in terms of Emitance "Gary had said,saying"I think in womb Evan consciously decided he would only perceive Sally's and not my Emit .Evan was some how drawn in vitro ONLY  to Sally's teptid predisposed genetic lineage...I think sally purposely instilled upon Evan only her brain signals ,her Emination that were  AGAINST ME.
..purposely she probably undid all her Inverted Ingrains to instill upon Evan prenatally a pithy 'Beinghood"

Valerie hoped Gary didn't receive Eminations that would evoke in Gary her "inner vision-ing " Gary a rolling  of her eyes...the very way Gary spoke , valerie thought  glad  she ,unlike Dumbo and so many others  like Dumbo was not "app-ed"  with Merge bio tech to decode her thoughts .
When valerie and Gary first met aspects of Gary that had mesmerized her now often "dead-a-nizered her"

Hoping she didn't "visage" as Self Refernetial Valerie said,"Evan is a weak man,low on the Neuronautic scale of Evolve because part of him must of always known he would never be as "Beingful" as his great father...

"My god ," thought Valerie ,the man is losing his mind .Valerie caught Gary staring at her squint eyed.
She had presented as Inner -spective for more than Gary could let pass.


"Tell me now , what you were just thinking"Gary said,rather authoritatively, like he was back "at the compound" yelling at some Level 4 Neuronaut for trimming a hedge uneven-ly.

"oh Christ Gary," she said,"nothing..I was ...thinking nothing"

from a case he always carried around he removed ,first a small laptop,than quite pointedly two pair's of Merge Mind to Mind headgear

"Put it on," he said shoving the headset at her

"Put it UP YOUR ASS Gary," she said,"I was thinking OLD Gary can't focus ..on the matter we CAME here to discuss....and that that scene you created in that restaurant made you look like some kind of fuckin' monster..."

Gary placed the headsets and the small computer that went with them back in their case.

" the subject OLD gary can't focus on ..is Dumbo  and Evan's ...tele-prescense  rundowns...how it's not working how you planned,"Gary said.

Valerie took Gary's hand,"Evan believes he is strong because he is mean.Not MEAN because he is STRONG.Strong people" appear"mean sometimes because they are perfected in such a way that makes them naturally assume rightly or wrongly that others are Attenuated in a similar way and cannot but help finding fault in Lessor's behaviors.
But to "be mean" because one is Low on the Evolutionary Scale of Emanation like Evan is....These types often direct their mean-ess on those they intuitively know are Higher on the Evolvement Scale...

"'Are you trying to say you think DUMBO! is HIGHER on the Evolutionary Scale than my son? Is that what your're saying?..A Jew?

"Gary ,we picked Scumbo! because we want something from him...his very Jew-ie egghead shtick his Jew-ie ethics "


"Dumbo likes to think he doesn't want anything from Neuronautics....he likes feeling like the Targted individuals ...the torture victim ..the Human test subject...it what keeps him going...I say we take that away from him we give him something ," Valerie said,"all Evan has to give Dumbo is whatever he comes up with in his little head..and instead of exciting Dumbo all Evan is doing is making Dumbo turn more and more on concepts Evan is supposed to be Ingraining upon him....you wanted Dumbo  to doing his Duality shtick in real time
next you wanted him to do "The Blob" alogrythem to fortifiy why The Holocaust cannot be brought into  Mind to Mind Interface ...
but he knew what you were up to
he knew how it would "come off' if he wrote it directly online
he knew you wanted a Bobby Fisher fall back
Dumbo isn't as dumb as you think"

"I don't want Dumbo only hurt with Psychotronics I want Dumbo hurt for real..." Gary said

Valerie tried veering the conversation away from waterboarding and Dumbo's fingers ina vice,she had heard it already

"Evan and Dumbo -They were brought up to be opponents  but also a team to get the Holocaust business out the Enway ..yes...
YOU not Evan decided to use 'The Blob" as some damn back up plan in case someone actually believed nano carbons smaller than a damn white blood cell were what were making Dumbo write... YOU screwed it up...NOT Evan and NOT DUMBO....Dumbo was thinking of it the way the interface was luring him to ..." valerie said

Gary  waved his hand at her...wanting to steer the conversation away from "fault" Gary.." I KNOW EXACTLY what DUMBO thinks and have even before he was "app-ed" OK ...Dumbo was bending over backward to try to get Neuronautics in trouble to leave some bizarre trail online that was sneaky ,unfair and an insult to all we've done to him..for him

Valerie was careful not to roll her eyes

"How long you think Dumbo is gonna respond to a Goon Squad Love Interest?"Valerie asked to try to break the ice.between them

Gary laughed ,"THAT'S ALL Dumbo WILL respond to,we built him that way.if Evan graphs the slightest bit of true tenderness to Dumbo ...Dumbo will turn on him like he's turned on every other guy we ever set him up with,"Gary said

"You did that to purposely create Mandlers who hated him enough to go "brainstorm " on his ass..you picked guys who would "like him" not knowing how he was raised..."

"why don't you shout a little louder Val?""Gary said taking the headsets and laptop out of their casing. Both  placed the headsets  on their skulls  to finish their "conversation"Mind to Mind

As Valerie expected, the first thing Gary did however was send her a visual of "Exact Point in Time"to graph her Valerie saw her mind wandering from Gary's Point of View and heard him ask,"What were you thinking ..just now?:

"Vindictively she thought at him"My god ," thought Valerie ,the man is losing his mind

Gary smiled and graphed her a visual of him spilling the wine on the waiters head .Valerie laughed...and Gary felt her laugh and segued his thoughts to evoke touch on Valerie's.....

"Not now and not here" Valerie graphed .
Posted by vvvvv at 6:03 PM