The mentees of Santa Monica Blvd

the tape of dumbo sucking kurt's cock was the entertainment ..one of several swaddled regressions captured on tape..it was movie night at the Rainy Ranch
there were over 47 tapes to watch...each a variation of the same scenario

Neuronauts married other Neuronauts...
the point was to get as many 2nd and 3 rd generation Neuronauts as possible

folks like dumbo.
weren't really considered The Group
just a bunch of misguided fools paying and paying to progress
up the TruGenic scale.

The Core.
The Heart of neuronautics
were the group in the room
watching their mentee's suck one another's dick's

it also changed their appearance quite drastically that it
was easier to
control a Mentee
(once one could get passed supressing a laugh-"no,no You look better...really all the guys are doing it")
it was 1993 and
no
all the guys weren't doing it

But on Santa Monica Blvd..
it "was the style of the times 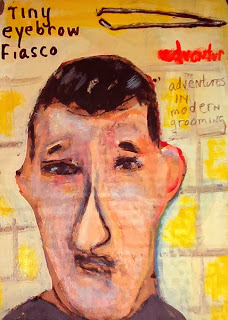