Wholeness and "The Implicate Order"

i receive a sequence from EVAN 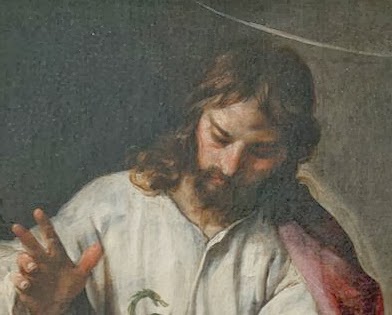 i can only
BE
inside,
Evan Rainy's mind and nervous system
because in spite of
what i write of my grievances
concerning my unsolicited "apping" to be
re educated
and
realigned to "think"
to another
rather than speak to another
I respect "The Process" and "The Efforts of my Mentors'
and in spite of my whining
there is no one I can now express Truth to but Evan
and
for this
because he KNOWS this
he lets me in
he let's me
inside him
...
as The 'Should "book says("Inway to the Enway"p.78)
'the tongue 's main purpose is to lie and hide what the mind is thinking,speech was developed primarily to deceive ..and censor .
.in time even our inner thoughts  became all about words,and man made language..do you really believe that this was our creator's intentions...do you really believe our creator wanted our lifetimes ,our thoughts and thus our natures to be "words upon words upon words? ..our interior monologue ,our private thoughts have become mazes of taught language..and associations ..that THEY play with..-Gary Rainy (1982)
my suppositions and frantic guessing of the wheres and whys
in some ways
perhaps too difficult to express
I respect The process.
and respect Evan Rainy
in a way I do not respect my other Mandlers.

because  EVAN is pacing
because EVAN  back and forth
and can be inside Evan like this
only because I empathize with him
and only because "he trusts me.'
enough to
let me
"feel him'

when I was new to this.
i tended to sexual-ize almost all
real time
"walk ins'

although this  "walk in"is done "electronically"
through interface
the sense of being in and seeing and hearing and knowing another through
their senses
cannot be  dismissed
as simply
something
technical..

he is
or was
or attempting  to teach me things
beyond the usual ..
but things are going on

that have interrupted our tether

"The shit you read online...about "the science of "it"that has nothing to do with much of anything whatsoever..."Evan thinks

Evan needs me to know
that if I keep thinking of myself as a Targeted Individual and of him and Neuronautics
as something tied
to "The Motherment." as he calls it
you are gonna
not just on "The Radar "
but on The Nerves of Other people working perhaps on similar
aspects of  what THEY not WE call The Singularity or a host of other silly names  .

he cannot work with me..
if I keep opposing being Guided
he thinks to me
he graphs..
" this has to begin being
OUR project
...whether it was begun quite consensually or not.
this target individual BAN Neuro Weapontry .stop big brother stop this stop that
is
not what i am looking for...do you want out? Do you want what you had before...Do you want back your "freedom of Thought'?
Your Loneliness?
Am i not good enough for you?
were you better off
alone..
why are you trying to Ruin It?"

he confides that
his father Gary Rainy
and his ideas on Neuronautics and human enhancement
based on the activation of the other 90% of the mind were written
way before...nano technology
and the trauma ,no pain no gain techniques of psychic pushing techniques
are no hazing..bullying ritual
but the only way to awaken
The Sleeping Brain..

"oh Jesus,Evan...you sound like one of your father's novels"I think cruelly but "kickback" a sense of apology mid thought

he graphs
that  I must CLEAR my mind
of this human experimentation
Pinocchio shit..

'all your Mandlers get from you is hate ...
that you hate the Intrusion..'Evan Imparts

hate the intrusion but love the Mandlers huh?i think to him

"something like that," he graphs..and the sense
from
him
is off some kind of truce.
a new Fair Play.

but beyond ...the present time interface
I realize
" Fair Game"will always be my comeuppance

"with them...but not  with me.."Evan insists

there is a pull away...
a darkness
that has nothing to do with me
I want to pull back...away instinctively
but he wants  me to be intrusive
he wants me to know his fears

Tru Christie and Valerie Prentis .
my other "Mandlers"
The Haters
the ones who 'do it" for sport...for kicks..for themselves
the one's that use Gary Rainy's fundamentals of "audit and audience"
to take
not give

Evan usually  never thinks about THEM
...
he can't
not with Open Mind Technology in play

he has Buffers in place
that i do not

but he fore goes them
and I hear
and feel
what he thinks
of his colleagues ...
he knows but does not seem to care that
inevitably
unfortunately
I do not have the ability
to Buffer
and inadvertently
I will think his secrets
to them...
at them
when they
are the one's "in my room'

they are trying to
destroy his father's 'good"
and yes,he Imparts,"there WAS and IS  good in those" wacked out"
..tracts and silly mantras of "how to be"...there was a reason
to his rules
where ever
they might have come from

it meant something...
his communion with whatever "he saw"
He SAW it..you see...what does it matter if it is True?
it became true*
My Father  nurtured the idea..and tended to IT like a garden

there was never any malice in what he wrote of this "entity" that gave him "the raindrops"you see.
as mean and nasty as My Father was there was not a nasty bone in his body

he was a despicable man who had no idea how to get on with other's and cared little for anyone's needs besides his own ..because he thought trying to understand another's needs was invading their minds...

does that make any sense?

NEURONAUTICS was about evolution
and growth
not judgement PER SE
yes there were scales of
BEING AND even in the beginning scales of  quote unquote normalcy...it was the mid 1960's..my father changed and softened as he got older.. 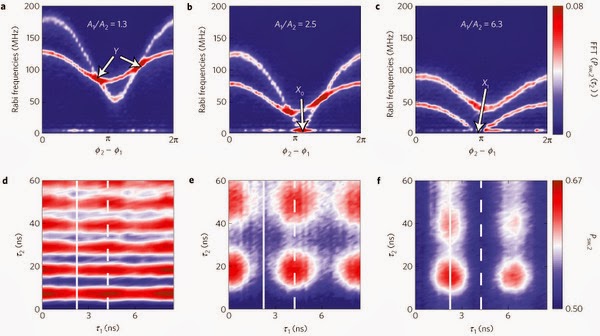 but
Tru Christie hardened
it was Tru Chrisite
who deciphered Neuronautics as Eugenics
and Valerie Prentis who deciphered my father's desire to introduce Neuronautics into Film as something
beyond
manipulation..but absolute control

my father was greedy not just for money but for anyone who
who patted him on the back ...
and in the 1980's IT was all falling apart
and he had to let THEM in

"who.."I interface but sense he doesn't want me to go THERE or continue My Search

"these people are monsters.and they are PROUD of IT,"he graphs
..do not fuck with them...they like watching you bury yourself..
if you want to fight them know
what you're in for..
and don't waste your words...
it will be all that is left of you..
make them at least
make this at Least mean something,Evan graphed
and silence

*In the 1920's Wilder Penfield presented convincing evidence that memories were stored in specific locations in the brain. Penfield performed surgery on epileptic patients and found that when he stimulated the temporal lobes, the patients relived experiences from the past. He found that whenever he stimulated a specific region of the brain, it evoked the same memory. In his book The Mystery of the Mind (1975), Penfield described the patients experience as a "flashback", where the patient actually re-lived the experience. Penfield concluded that this meant that all experiences were stored in specific locations of the brain in memory engrams.
Princeton Physicist Bohm (1987) concluded that the implications of nonlocal connections are that objective reality itself is entirely a construct of the human brain. The true nature of reality remains hidden from us. Our brains operate as a holographic frequency analyzer, decoding projections from a more fundamental dimension. Bohm concludes that even space and time are constructs of the human brain, and they may not exist as we perceive them.
We normally perceive things as existing in the four dimensions of space-time. Holographic theory, however, presumes that there is at least a fifth dimension that represents a more fundamental aspect of reality. Normally, we do not possess the sensory skills to perceive this dimension, and it remains hidden from our awareness. The holographic model of reality stresses the role of beat frequencies in our construction of reality. Suppose the fifth dimension consists of extremely high frequency energy far outside our range of normal perception. When two or more wave fronts interact, a third frequency is created that consists of the difference in frequencies between the two waves.

Another physicist, F. David Peat (1987), believes that synchronicities represent "flaws" in the fabric of reality. These fissures give us a momentary connection to the underlying nature of the implicate order. They demonstrate the possibility of connecting with the true nature of the universe. Peat believes that the scarcity of synchronicity demonstrates the degree to which we have cut ourselves off from the deeper orders of mind and reality.
Posted by vvvvv at 9:52 AM