1997
Researchers give 26 veterans at a VA hospital a chemical called Yohimbine to purposely induce post-traumatic stress disorder In order to create a "psychosis model," University of Cincinnati researchers give 16 schizophrenic patients at Cincinnati VA amphetamine in order to provoke repeats bouts of psychosis and eventually produce "behavioral sensitization" (Sharav).

Researchers give amphetamine to 13 schizophrenic patients in a repetition of the 1994 "amphetamine challenge" at New York VA Hospital. As a result, the patients experience psychosis, delusions and hallucinations. The researchers claim to have informed consent ...

"The Unethical Use of Human Beings in High-Risk Research Experiments" Adil E. Shamoo Ph.D before the U.S. House of Representatives' House Committee on Veterans' Affairs, alerting the House on the use of American veterans in VA Hospitals as human guinea pigs and calling for national reforms

Hearing what others cannot hear is Goggle Glass's main selling point but so far nobody has taken advantage of benefit of also by passing one's eye's to get maximum bang out of Heightened Perceptory Communications.While the occipital lobe – the part of the brain at the back of the head – is responsible for vision and mental images scientists  have discovered that the brain’s temporoparietal junction also work in conjunction with the occipital lobe for individuals to “see” an image in their mind’s eye,” according to  Michael Beauchamp, Ph.D.

According to John St Clair Akwei, surveillance specialist, Remote Neural Monitoring plays a key role in the targeting of individuals:

‘Without any contact with the subject, Remote Neural Monitoring  maps out electrical activity from the visual cortex of a subject’s brain and displays   images from the subject’s brain on a video monitor. **** operators see what the surveillance subject’s eyes are seeing. Visual memory can also be seen. RNM can send images direct to the visual cortex, bypassing the eyes and optic nerves.’ 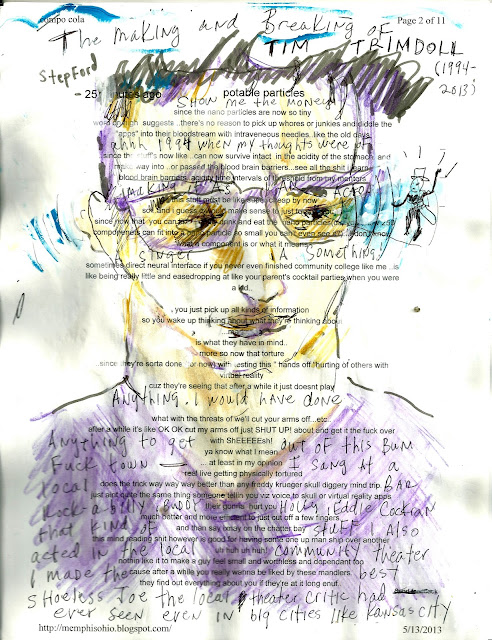 Adam Parker was too much of a man's man to be an actor.

.if asked how he got in the business.he'd always say -he had come out to LA to work as a laborer...


his father and his brothers looked down on his job

being an actor.
to them
was
somehow unmanly

never mind his job being an unmanly actor had bought his father his house.,his mother's gravestone and his brothers cars.boats and and their kid's college educations

according to his father Adam living in a "fantasy bubble"

and  that he was  too afraid to get a real job..like the rest of the real world..that he'd have more respect for him if he worked with his hands.
like his brothers.

on the rare occasions Adam  went home .. his brothers made a point  of tipping their hats ,bowing down to him

at dinner asking
if this actor or this one was a fruit.

long ago
"going home"
had  stopped being any thing  mine-able  of "method" for his " fantasy bubble" job.
which now included mentoring new
up and comer's at Parasol Pictures
by Proxy

it was a new way of working
relatively new
it saved on production costs.
working with "apps"
the nano
the occipital overlay  helped you stay "on mark' ,know which camera to look at.
and the aural overlays helped you stay on line
it wasn't exactly cheating

as line reading and staying on mark was really not technique but-technicality
but
Tim Trimdoll
was threatening to expose the "app thing"
tim Trimdoll had helped develop it with Tru Christie and Parasol pictures.
till Tru Christie used it to drive Tim,a known druggie scumbag homo crazy with it
like a decade and a half ago.

Tru assumed Tim had been permantantly institutionalized.or jumped from a bridge or some thing
but about 2 years ago Tim
pops up online
fancying himself like some Perez hilton yapping about the apps.
saying he  was some human monkey experiment and that tru christie is josef mengele and shit


this eleaborate scheme was set up to bring Trimdoll back to Hollywood..
an assistant at Parasol Pictures
after discovering his blog.
like calling all cars
callin all cars
the industry types who did the" apping.".
it's a simple thing
the apps.
it's just private
and might ruin it for the audience ,if they knew actors were being  helped a little with the technicalities
big fuckin deal
but Tim is threatening to tell the whole story about Parasol Pictures
including
the referentials
and that's where
they draw the line

once you get apped with nano..you're always apped
so
Tru Christie is giving
it another go
getting
this piece of human garbage
to jump ..
or slash his wrists
with the "ear" thing
and some
screenwriters are giving him some horror show type of "eye" thing

..
Tru even called in some  ex-agency types from back east  to do some Dream weaving on this turncoat ruiner
and Tru has asked me
to
keep tabs on
Tim Trimdoll..
during me days off.
it's easy i just put on a head set and listen to what the sick son of a bitch thinks all day and help"dream weavers" concoct some nightmare on elm st shit on his homo,sicko dreams

dude's on like 4 mg of Ativan..and fuckin Lexapro and going bonkers all over Memphis ,Ohio where Tim Trimdoll lives in a fuckin trailor.

a fuckin trailor.
this hot shot
who was supposed to be the next big thing.

but hotshot made a quick enemy of Tru Christie.

and that was the end of Tim Trimdoll
or at least they thought so
.
a ruiner.

Tru said his interfaces with Tim were like corresponding with some type of insect,some devil,some other species of humanhood..,a monster.

so Tru
starts letting other people listen in on Tim Trimdoll's thoughts like the dude is some
freak in side show.


a fruit.
of course.
one of those that gave actors a bad name..
no wonder they drove him outta town..
Trimdoll was now  a writer...or considered himself one..a loser.
an embarrassment to the industry
a drunk
a druggie
a bum
well the bum was now talking and writing about trade secrets...
nobody of course was gonna publish him..or read him but he was making waves as sour grapes has been type can't help but do..
talkin and writing...that's what Jews do...sometimes I think That's all Jews KNOW how to do...I don't particularly care if it'sjust because They were born on a lower scale of Beingness.I don't really give a damn if their Ruiner like ways are because they fall so low on Gary Rainy's Scale of  Tru genic Normalcy 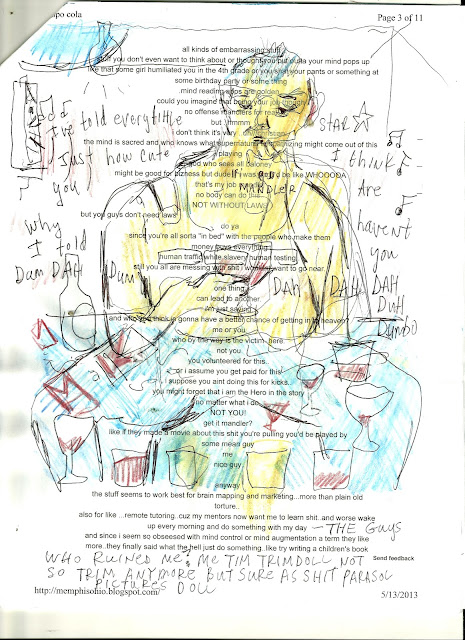 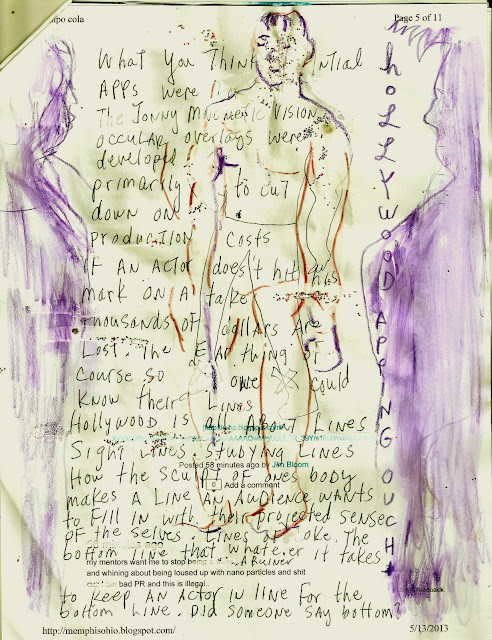