Last night I dreampt of Oliveview.Again

. Donald Ewen Cameron (24 December 1901 – 8 September 1967),[1] commonly referred to as "D. Ewen Cameron" or "Ewen Cameron," was a 20th-centuryScottish-born psychiatrist involved in the United States Central Intelligence Agency's (CIA's) MKULTRA mind control program.[2] Cameron served as President of the Canadian, American and World Psychiatric Associations, the American Psychopathological Association and the Society of Biological Psychiatry during the 1950s.
Cameron started to distinguish populations between "the weak" and "the strong". Those with anxieties or insecurities and who had trouble with the state of the world were labeled as "the weak"; in Cameron's analysis, they could not cope with life and had to be isolated from society by "the strong". The mentally ill were thus labeled as not only sick, but also weak. Cameron further argued that "the weak" must not influence children. He promoted a philosophy where chaos could be prevented by removing the weak from society.

Cameron believed that mental illness was literally contagious - that if one came into contact with someone suffering from mental illness, one would begin to produce the symptoms of a mental disease. Thus, this group would have to be studied and controlled as a contagious social disease. Police, hospitals, government, and schools would need to use the correct psychiatric authority to stop mental contagions from spreading.

Mental illness as a social contagion

Although society had established sanctions against the spread of infectious diseases, Cameron wanted to extend the concept of contagion to chronic anxiety. He warned that people

with mental illnesses could spread and

transmit their diseases. He warned that

measures against such potential liabilities.
In the late 1940s, Cameron presented his ideas in a lecture entitled Dangerous Men and Women. It describes various personalities that he believed were of marked danger to all members of society. The personality types are as follows:
Cameron stated, "Get it understood how dangerous these damaged, sick personalities are to ourselves - and above all, to our children, whose traits are taking form and we shall find ways to put an end to them." He spoke about Germans, but also to the larger portion of the society that resembled or associated with such traits. For Cameron, the traits were contagions and anyone affected by the societal, cultural or personality forms would themselves be infected. Cameron used his ideas to implement policies on who should govern and/or parent in society. The described types would have to be eliminated from society if there was to be peace and progress. The sick were, for Cameron, the viral infection to its stability and health. The described types were the enemies of society and life. Experts must develop methods of forcefully changing attitudes and beliefs to prevent the authoritarian overlord.

Cameron is best known for his MKUltra-related and other behavior modification research for the CIA.Cameron was President of the American Psychiatric Association in 1952–1953. He lived and worked in Albany, New York, and was involved in experiments in Canada for Project MKUltra, a CIA-directed mind control program which eventually led to the publication of the KUBARK Counterintelligence Interrogation manual.
Cameron had been hoping to correct schizophrenia by erasing existing memories and reprogramming the psyche. In addition to LSD, Cameron experimented with various paralytic drugs and electroconvulsive therapy at thirty to forty times the normal power.
His " psychic"driving" experiments consisted of

putting a subject into a drug-induced coma for

weeks at a time (up to three months in one case)

while playing tape loops of noise or simple

statements. Cameron's experiments were typically carried out on patients who had entered the institute for minor problems such as anxiety disorders and postpartum depression; many suffered permanent debilitation after these treatments. Such consequences included incontinence, amnesia, forgetting how to talk, forgetting their parents, and thinking their interrogators were their parents.[ His work was inspired and paralleled by the British psychiatrist William Sargant, who was also involved in the Intelligence Services and who experimented extensively on his patients without their consent, causing similar long-term damage.

I had moved to Sherman Oaks CA to try my hand at writing.Someone who "loved my work" said it might be a nice fit,me being out there..she worked at one of the studios..I had sent her a short story I had written for children about a boy who had a tusk instead of nail on his right pinky finger.of course by the end of the story the tusk that all the boys and girls teased the boy about saves the day .when a field trip hot air ballon ride goes awry...."oh they love that kind of shit" I can introduce you to alot of people who 's job in life is "connecting" people with other people..
I arrived the night before Charlie Sheen first spoke of Tiger Blood
it was as surreal on tv as it would become in real life

I chose not to write about the little boy with the tusk on his pinky finger
although my ?friend said that such light fair was "sell select"
but being back in CA
my mind drifted back to my first attempt to relocate
in 1994...and The Gang I met in Hollywood
who spoke in funny ways...
i didn't know what MK Ultra or anything whatsoever about things like"Mind Control"
or Voice to Skull Technology
that was the shit my little brother spoke about when he was stoned
and trying to explain to me the Game of Dungeons and Dragons......Cole Cohen 3/12/13 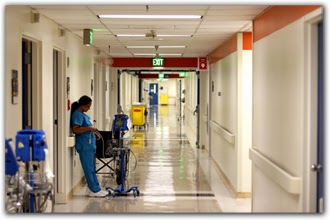