professor Nader Jalili
2010-At about the size of a ring box, nanorobots have revolutionized surgical practice
“Precision,” Jalili Nadar said, “is one of the most important aspects of a surgical procedure
Guided by image-based information, the computer guided nanobots pinpoint the exact location of fatty tissue,bone,cartilage ..making cosmetic surgery not so much going under a knife ,as going under a lattice of pixel size adjustment of sculpturing techniques previous impossible for even the most skilled plastic surgeons,
As with all surgeries on the face the first step is subtracting (cutting away the sections of tissues ,bones and cartilage etc that intercede with one'both society and one's own "measurement of 'beauty"
After enough extraneous sections of organic matter have been removed or readjusted thanks to the swarm  nano scaled bots working in tandem to "subtract' enough 'stuffer"

Addition  acb begin with the bots themselves"filling in" areas of the face that need a new shape,composition or structure
the bots have been specially made it  adhere to the precise places to fortify and cement  facial enhancements; be in the cheek bones ,the nose,the neck or everything "all at one"

The Nanoboy now in place as buliding block can remain there un changed for up to 75years..although small adjustments can be made to the bots as one ages as the bots themselves are adjustable in that they  are,even when in place able receive transmission that can maneuver the swarm to addendum themselves  further to create  "that special look"

{although unseen the constant induction of microwaves,EMF pulsations begins to show quite visibly as a number of rather rare facial abnormalities begin to occur as much of the directed energy is sent  to the "host" husk being used for the experiment ...occurs close to the skull and thus the face of the victim...waves (scalar MAZAR and ELF etc..)can also be used to not only send sound ...and or visual  conscripts towards the temporal lobe ..but the waves used to "light up" the nano carbons which are now sprinkled in the 100 thousands through the cerebellum of the "Proxy' can also be sent (at an higher setting)to punitively hurt the Subject by using the equipment deliberately wrong (as if there is anything right about using the equipment at all) to heat up the thalamus etc so that there is a "boiling" up of calcium ions  that can cause irreversible problems to one's limbic system Parkinson's ,dystonia 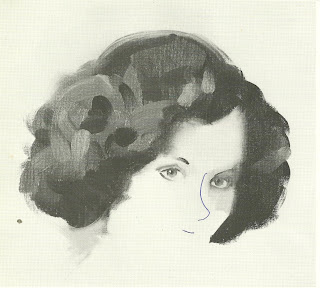 and" the waves "used to "light up" the nano carbons which are now sprinkled in the 100 thousands through the cerebellum of the "Proxy' can also be sent (at an higher setting)to punitively hurt the Subject by using the equipment deliberately wrong (as if there is anything right about using the equipment at all) to heat up the thalamus etc so that there is a "boiling" up of calcium ions  that can cause irreversible problems to one's limbic system Parkinson's ,dystonia and also disfigurement of the subject's face} 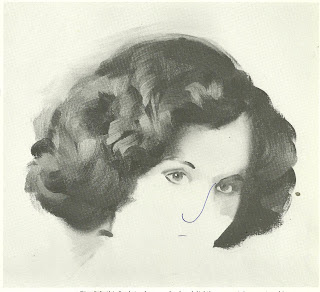 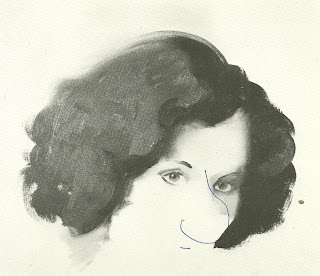 Much in the same way that one's intra-neural mentor  could turn synthesized 'telepathy" into "synthetic insanity" if one's neural readings were presumed "mutinous",confrontational or simply "too weird"

"Don't fight it
After all
you have signed on
and paid
to be sculpted  by  your Bettors
to transcend your  current state*
to Be One
with the teachings of Gary Rainy
who you knew despised this contrived sense of "Me"
"the reigns"
that alter
appearance are a gift.

as man's most ingrained primal fear
is disfigurement
and dismemberment
when they hunted "the beasts" for nourishment in the plans and forests
The Reigns,the looks adjustments
are but one  Gary Rainy
"psychotronically induced "Evolutionary Redactions"
to  induce the amygdala to regress to primitive states of altered consciousness.

the psychotronic trauma
of
disfigurement
which I remind you is temporary
is but another  gift
from Gary Rainy's bag of tricks
to harden you
and remind you your thoughts are as ugly as your outsides.
and your outsides thanks to the "dots" as beautiful as your
mentored thoughts

ORIGINALLY PUBLISHED FEBRUARY 8, 2006
ONE YEAR LATER, THE EXACT CAUSE OF VIKTOR YUSHCHENKO'S DISFIGUREMENT IS PINPOINTED
The Ukranian leader in front of a picture of his former, unblemished face. Credit: Graeme Robertson/Getty Images
In September, 2004, Ukrainian President Viktor Yushchenko had been poisoned. His blood samples did indeed contain an abnormally high level of dioxin, 1,000 times the accepted level. One year later, Yushchenko’s face—with its strong jaw and movie-star features, perfect politician material—remains badly pockmarked.
Dioxins are normal byproducts of industry and waste incineration. Most people have been exposed to them in small doses. For example, anyone who eats animal fat has a little dioxin in their bodies. But, in higher quantities, the chemicals can cause cancer, organ disease, miscarriages, menstrual ailments, low birth weight, abnormal hair growth or a severe form of acne called chloracne. This same skin condition plagued the locals exposed to a chemical spill in Seveso, Italy, in 1976 and now Yushchenko suffers the same fate.
Most experts believe Yushchenko ingested the dioxin on the night of September 5, 2004, in the midst of a neck-and-neck presidential race, after dining with General Igor Smeshko, the former head of Ukrainian intelligence. Shortly after dinner, Yushchenko complained of sickness and vomited. Bad sushi, the state-run media claimed at the time.
No one has been charged with the president’s poisoning and, like most criminal cases in the former Soviet Union, it is unlikely to be solved. But that has not stopped scientists in the Ukraine from assembling their own version of events.
In the days following the dinner, Yushchenko fell gravely ill.  He underwent three weeks of detoxification treatment while being sequestered at an Austrian clinic. Doctors diagnosed him with acute pancreatitis and symptoms of edema. But, two weeks later, his face developed pockmarks.
“We knew right away he was poisoned because his skin symptom was very symptomatic of this kind of dioxin,” said Mykola Prodanchuk, one of Ukraine’s top toxicologists and the director of the Kiev-based Institute of Eco-Hygiene and Toxicology.
Tasteless but highly toxic, the dioxin Yushchenko ingested was administered in a dose probably less than 1 mg. A drop in a bowl of soup would have gone undetected, said Prodanchuk. Yushchenko was served a rather large dose, roughly a quarter of the lethal quantity for rhesus monkeys.  Once ingested, the dioxin—a fat-soluble chemical—moves from the blood to fatty tissues. The body then tries to eliminate the dioxin through its sebaceous glands, which are what causes skin to grow oily or pimply. Half a dose of dioxin gets eliminated every few years but never completely rids itself, Prodanchuk said.