Where The Wild Palms Are 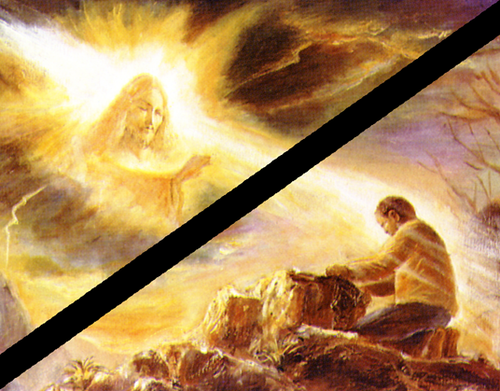 once the the 'apps' get through the blood brain barrier
you're fucked..
for the rest of your life..
and if you believe in Neuronautics ...long long after that..

my boyfriend at the time
was "into" Neuronautics
he hung out at the annex auditing classes...and his only job was
seeking potential "joiners'
he was a sweet talkin guy
and as  Neuronautics had recently changed their policy "on gays'
not being "sickos' on the lowest tier of the Trugenic Scale of Normalcy
a handsome guy like Avery
was an asset
all he had to do was hang out in west hollywood at bars
carrying Gary Rainy's 'inway to the Enways"
we had moved to LA from the east
because he wanted to be an actor

and now he was
"his job" to read "Inway to the Enways" in an unobvious obvious way
while drinking ginger ale
he even wore glasses as a prop to look both more approachable
and less like the whore that he was..
who else but a hustler
agrees to
lure innocent people into "the Tribe"of Gary Rainy?

I do not think Avery read one line of "Enways'
he just wanted to
move up the ladder
so he could wear "a uniform' and perhaps meet some celebrities
which i suppose he supposed would find him so
REAL and adorable
that they would immediately drop everything and
make him a star...

and if we got angry at each other we each had our own mentor
to help us 'work it out and stick together"
i worked during the day and painted at night
the mentors liked artists...especially
if they thought the art could Be Successful
and thus attributed to the "help" i got from Neuronautic "Guided Living'

2 times a month a "mentor" who we kept 'check " with ..which  meant essentially
we "checked" with him before we did nearly anything
it was before cell phones
and each of us kept a beeper on us..
The "Checkers' and Mentors always seemed to think Level one's were up to something
if we moved to another motel for instance without
telling a checker.
we were "trying to hide' or be sneaky..
if we spent too much money on beer or food we were
trying to "get out" of saving and paying for Level 2 classes

we were told not to trust our own impulses
which in retrospect meant we should not trust our own judgements..
which according to them
were almost always based upon resistance to Our Bettors
They set us against each other by the end..
saying we were regressing each other's "programs"
and it would be more financially beneficial if both of us stopped paying for our own hotel
and instead joined the other level ones
at a dorm like motel..
as a cloistered life of service was expected of those new to Neuronautics
and most of all..
the homo stuff...had to go..or at least be ...not acted upon...
unless it was to bring in either money
or joiners..
or really ,they told us,"what purpose did it serve?"besides detracting our focus from our studies

we both moved into the motel where up to six people lived in bunk beds in one room..
we were on different floors
and eventually Avery moved "to the Ranch" in Riverside County where he could go "fast track' to uniform wearing "club cadet'
and my artwork was not "checking' out so well..with the checkers
in terms of "wholesome" or "sellable'
and I was told that i had a streak of "Ruiner' in me
that was disturbing the Neural Highway..

and that's the night
the Voices began