she had seen Jack smile when she told him something was wrong.

Darlene described to her Dr
that her eyes

"funny how ," the Dr. asked,distracted,literally looking at his watch,she was "one of the girls" who came "in the van"
from the shelter...
shelter 'girls"(as they were called around town,
never mind
that 'the girls ranged in age from 19 to 58)
often got
'shelter diseases"...
fungal,strep oe dermatalogical infections that "got around"  especially in an ill maintained,un hygienic living situation 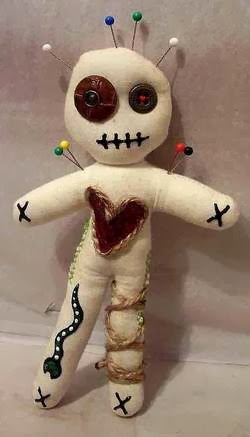 a "Living Situation" is what Darlene called it
not a Home
not a shelter
as she had always thought of shelter as something comfortable.clean.and nice


The Doctor picked up a smallflash light and brought it close to her face.
"what do you mean by your eyes are acting funny exactly?,"he said shining the light ,asking her to not blink
she shouldn't have said anything..
she didn't care for this new Dr
nor for much of anything that had come her way
since jack split her lip in  half and she had to move to the shelter...
she didn't fit in there.she did not adapt

she had once believed was adaptation and flux were her best attributes
but she was not the
same
"she was not Darlene," she heard a voice,not quite her own ,mock...she had begun thinking in 3rd person.Referring and gaging her actions from a distance
Like a mean set of high school queen bees
at a lunch table
speaking just loud and softly enough so she could hear...but not be entirely sure
"she was not Darlene,; she heard again herself ?
thinking.
simultaneously the Dr. asked if Pink Eye was going around the shelter.again.
"she was not Darlene .."she heard ,but a pitch higher..
The Dr. asked her again what she meant about her eyes,asking if she wore corrective lenses


The last time she remembered being Darlenet was a half a year ago
having drinks with Jack...

Jack had been so sweet...she was so relieved ,she could have sworn that Jack knew about Grant,a man she had been seeing..a man she decided to stop seeing
that night
for Jack had seemed to 'turn a page" she could not remember the last time he had seemed so attentive

the attentiveness changed to 'study'
watching
as if he were waiting for something...

she could have sworn she had seen
Jack smile when she told  him something was wrong.
that her head felt all wrong...

that her thoughts  were someone else's
she confessed to jack she sometimes heard a voice.

the Dr knew she was in a shelter for women
it was the same Dr who put the stitches in her lip.
the night Jack beat her and told her he knew about Grant
and told your
her "the Voices" were there because he had gone to a Psychic.who had agreed to put a curse on her...


the  Dr's office was dirty.
there was no mirror in the bathroom
as if
the dr suspected a mirror might make his patients "stay "or fix themselves up..
or wash or something
Jack had drained her bank account
sent pictures of her and Grant to her employer
who apologetically let her go
as he had 'been through " this with irate husband and
didn't need the hassle.
"and to be honest," her employer said after seeing these photos I don't know how to ,"think of you,perhaps it might be better if you began somewhere fresh..'

which might have happened
if she had a place to live
a car to drive .the car that was bashed and battered  to non functionality the night of the beating and warning,"oh  baby....that curse will grow stronger...they told me they use voodoo..and a voodoo doll.."

Jack said nothing about nano..
or bone conductive hear and occipital over rides*

..nor being called, a white cunt who brushed her teeth too long
or a

Darlene elaborated
described to her Dr
that her eyes
"were  acting funny,seeing things that weren't there

* much like bone conductive audio  used in Google Glass ) that bypasses the ears occiptial stimulation with EMF waves can excite and stimulate electrical signals in the brain that percieve imagery ,in this way "vision" can be sent to the “relay station” in the visual parvocellula and  magnocellular  pathways to cause ' a person to if not SEE,but visualize.

Because previous studies have shown that electrical stimulation of the visual cortex in blind people can elicit visual sensations because the structure of seeing is "in the mind's eye" bypasses the eye entirely - John Pezaris and R. Clay Reid
Posted by vvvvv at 3:10 PM