Some claim "foul" With the Google Glass device, 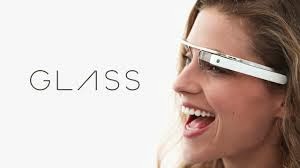 Everything you do could be recorded and uploaded to Google’s cloud, and stored there for the rest of your life.and you won’t know if you’re being recorded or not; and even if you do, you’ll have no way to stop it.

But there is more than "foul' being called by some people who have already been cut by Glass.

Recently more facts are coming out that some citizens  claim they have been used by the makers of  Goggle Glass to help create the next phase of "I am a camera" which is predicted to be the consumers going "CLEAR" of face,eye and ear, by skipping the wearable computing entirely and waiting for the day a consumer rents or buys either an E Tatoo or  a small implant that does everything the headgear does now..Some speculate the technology is 5 years away but some claim (in federal courts inAmerica and Europe and Australia ) that they are already Guinea Pigs for these advancements.That they were coerced or uniformed when either subdermal or intravenous injection of very small chips were entered into their nervous system.

Most cases were dismissed by judges in the mid 90's from claimants who claimed that corporations who had contracts with "higher ups ' who were  testing the auditory uses of bone conductive transmission without "the testers" being aware ,intentionally of the technology of hearing with out "ears"..some in fact were nearly driven crazy by the "off the grid" testings of "other uses" of the technology well  out side of the private sector..If these cases get re-opened who knows if the companies will be able to  stay fiscally stable..As for the new cases especially in theU'K. that some people are literally being made into "cyborgs" without consent to test the viability of a "organic" based interface via a new type of micro processor specially made to intwine with neural networks in the brain.

This may sound spooky but the results might be worth considering ,granted you too are not a Guinea Pigs as   nano particles allow not only sound to directly enter the mind but visual imagery as well that can bypass the visual cortex,the biosensors less the size of the width of a human hair also are primed for something called "synthetic telepathy" or the ability "to talk" to another with thoughts and volleyed visuals..leading to eventual leaps and bounds in The Virtual Reality Industry which has always claimed that one day we can all experience a mutual 5 sense interaction with another or groups of other's