Direct-Response Objectives can be realized by using an  application of research from the area termed “psycho-traumatology”, which examines factors that enhance psychological resilience in the face of traumatic experiences. Growth through adversity is a term that describes the positive adaptations and adjustments that can emerge in the process of living through traumatic and threatening situations including the possibility of Psychotronic Intrusion either by invasive means (implants ,biochemical,nano particle carbons (2).
1) the recognition of and ability to operate under conditions of uncertainty, i.e. "Voices from nowhere,"visions" from nowhere
2) the development of a sense of connect- ed detachment (‘integration of affect and cognition’) and
3) the recognition and acceptance of a Dual Mind /"Hive Mind" scenario Our challenge is to design interfaces to convey many  views regarding Neuro and Psychotronic Torture Techniques
If executed correctly, such a simulation platform has the potential to serve as an inductive teaching tool to others who may be put in such situations

he seems
friednlier than usual
judging by  his interface

relatively OK
with me writing about it
as is....as was

They work hard
nobody knows what they do
but them
and their
victims
it must be difficult...i can bet part of THEM wants to appear of Jesse Ventura or some such rot to explain
what it's like Manning another man
through brain computer interface
explaining the Ins and Outs of Psycho Cybernetic Push /Pull Tele-Presense Systematics
and the grey area concerning NON-consensual A.I. "tripping"with a victim who's been "apped"with transmittance and inception 'wetware'

"Targets..not victims" ,Evan Graphs."Isn't that what you call yourself now..A Targeted Individual?...will we soon be going to Anti Neuro- Weaponry Rallies..do i see Anti Psychotronic potluck picnics in OUR future?..is your life not boring enough..that next we can look forward to you going all Karen Silkwood on the project..isnt you going all writerish bad enough... 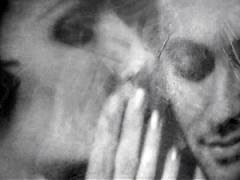 on the opposite wall I see the briefly the face of ...

IT stops.
the picture goes away

"two can play this THIS way "EVAN barks "..no more pictures..no more seeing..that what you want ..to go back to normal? huh...THAT
THAT is what will drive you mad Dumbo
if it stops..
if we stop playing with you...

so let's move this
clusterfuck you call a blog
to a safer place
huh
after all
didn't your acting teacher once tell you to never use the source
of emotion
for Method?
to never get THAT close.

we certainly don't want
some CLOSE RANGE here do we?

a friendly picture of Hong Kong Phooey appears...
and EVAN suggests a go for a cigarette and  a long walk ....