i kn0w dear reader.you may find it hard to believe,,,that
THEY
don't go shovin" not nano carbons up the wazoo in "pre-production"research and development
of some super duper agenty type of
type
who goes to the Himalayas and shit takin a swan dive into some stream off a high cliff. 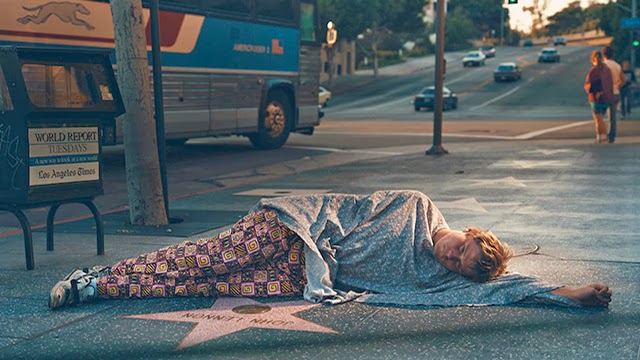 the beautiscious lick- able likable agenty argent
may one day
be able to leap off Himalayan cliffs
and bump ,byte and brimble into some compound housing bad guys of all races and creeds and such up to no good hi jinks.

but first
that chip
is tested on
"the warehoused set"
who receive a tiny check from the "motherment" as for all common purposes
they are unable to function in ,at "a day job" -
well
they sure as hell can't now can they?
Bossman
as
now
the
duped
imbued
junkie
vagrant
mis demeanor-ifided
supposed "scumbag"
who had got in the wrong car
on one of those miserable" boy do i need a "lift off "mornings
ahhh to be young again when all one needed was a donut and a hit of the ole crack-a roon-ie..
(and when was  suitably sexual
enough
and alot of the guys preferred
a guy who was regular lookin..so they didn;t have to like compare themselves to them..
the younger than them thing was enough
thank g-d
not some model type
for a quick one in the car
or behind the Ralphs or some shit motel in Studio City


well
these guys
unawares to me
that there was an even "these guys' outside of film and tv...
are always on the look out for "game boys'
as
"game"
is very expendable..
and supposedly homos are very malleable
and to do rundowns with Mind Manipulation Procedurals
what else did one need? huh?
it wasn't the 1960's or 70's
no LSD -25
nah
it was the 90's
right after clinton gave his apology for humsn testing..

alter states through drugs NO
altered states with
sound.yes
with chips
yessssir.
as if
there was something clean
and safe about neuro modulation done with microwaves and frequencies..and eventually i shit thee not
The Dots.
or what they call nano

long story short.
as i had seen some smooth stylized mind fuck of some chipped dude leaping across buildings and cliffs.

no way
they "app up" the guy who comes up to use askin" if you "got a fucking quarter bitch"
I was never very good at be homeless.
i have or had issues of entitlement see..
after some big guys drug you put a gun in yer mouth and shoot you up with nano particles that make you Pinocchio with a presumed Thought Disorder
yeah you feel entitled
oh yeah..

these guys that drug people and
and test microwaves and Extreme Low Frequency Mind
manipulations of your cognitions and temporal senses
not to mention thresholds of mental deterioration
don't care much what you think
in spite of them literally reading your every waking ,baking thought.
and they make it clear how little they care about some faggit crackhead scumbo
when they turn the transmit  around
to "write" their ideas of what it means to be a "husk" for science
on your Monkey mind..
I liked being called a monkey in the beginning
liked the voices...and all the nasty talk..and kickin around..
it was cool..
like submission to some alpha hot shot can be till you wake up not quite tweaked enough to
be some cartoon character in this Mind Fuck called Psychotronic Testing

"you got yourself into this mess<' is the "party line'..
and I do mean party line..
they don't care if you want out..go jump out a window.you want out..or accept the New Normal
and you be sure to "cover this "new Normal " up with a visit to the spin bin  see...and dontcha go mentioning.
US..
but you gotta find a way to "fold in" this machinery in some logical way .i.e .get yourself a nice stand up psych eval..that states you're a loony tune who hallucinates..

fuck you I said..
i'll write to my congressman...and shit..
they laughed and told me to get the writing done quick and they'd mail it themselve's
cause they were gonna PUMP up the Volume
and whether i liked it or thought it or not
they guaranteed I'd be in the ER cryin like a  streetfag with out a fifty dollar bill