"You say you don't want me reading your mind Dumbo..than you gotta learn how to make a firewall.
now what is a firewall Dumbo?" Evan graphs straight to cortex
I think and  therefore "graph back that-," .... a firewall, it's something a computer uses . to block  ads and stuff.".
and I feel   the familiar sene of " sheeeesh"run all up and down my mind
Evan,my Operating Tele-Presence str8 to cortex Tuesdays through Friday 9 am to 8pm has stepped in for Tru Christie and trust me ...one is always grateful for such substitutions

"now THIS is why I am trying to teach you a little about self buffering ..cause Tru Christie is a wee bit tired of being constantly interfaced what an ogre he is ..you dig ? Dumbo? ...the subject is firewalls,'Evan Imparts
and
Not in the mood for any to and fro interface Evan Rainy graphs me what he calls- a Pack
a Pack is not words really
but a group of ideas..and images
that constitute of Instant Understanding
A firewall is a set of related programs
that protects the resources of a private network from users from other networks. prevent outsiders from accessing its own private data resources and for controlling what outside resources its own users have access to.
Computer security borrows this term from firefighting, where it originated. In firefighting, a firewall is a barrier established to prevent the spread of fire.
Building and structural firewalls in North America are usually made of concrete,concrete blocks or reinforced concrete .Old walls prior to WW2 consisted of brink
In the 1960 film starring George Sanders "The Village of the Damned" what did Sander's use to protect his mind from the "telepathic" brood of offspring Dumbo?
I do not respond. Or at least I veer my thinking away from Purposed "graphing /interfacing ..you know, telepathizing with "intent ..my thoughts however turn in spite of my Purposed Clarity of Inceptive Responsiveness to Self Referentialism which Evan and my other Mandlers despise -
"I thought my job was just to gather information.
not think of firewalls against my Mentorship ,as THIS is usually the SNEAKY stuff that makes "my Team" go all Scanners on me-


"no Dumbo!  your job is to integrate information and think for yourself simultaneously," Evan Imparts  and
once again he asked about  some man named George Sanders..and villiages of the damns-

fuck if I know I graph..and a mean devil face appears but goes away with a quick sound that i have heard them use on shows like Jeopardy and -

I receive the entirety of Implicitives of "Village of the Damned" through my noggin .


and see as if in mid aiR

a brick wall.
"hearing" via my auditories Evan "shout"
"which you should be familiar with DDDDDDDDDDumbo  cuz trying to teach you anything is like talking to a fucking brick wall!"

...sorry he  quickly graphs sending my a quick "hit " of Ketamine signal
to make up for his graph...
also
a visual over lay of an angel.
and some random shiny things he knows" I just like"

I import from him that he is overworked.
and his mind is else where....I try to buttress my way into his mind but realize soon enough via a sharp pain through my arm

-every buffer is in place..and "how can I be trusted to go Direct Neural instead of Brain Computer Interface with such interrogative
stance
over things are that are obviously NONE of my business

suddenly a hit of Ketamine Signal overwhelms my noggin ...and I am quickly somehow readjusted to

the topic at Hand's off Weaponry
I mean
Mentoring...


so I try harder.
to not just listen to the Voice but integrate the jist..


OK to begin with
we have to think of your brain as a house.Can you do that?


Good Dumbo,Now,Imagine if an intruder came to your house...and you couldn't get out of the house ..what would you do,he asks..


"smash the windows and leave the house that way,"I graph


another sheeesh ,,"DUMBO! "Evan zings through my auditory nerve,"I SAID you Can't GET OUT of the house Because your Brain is a metaphor for a house NOT a fucking House!do you understand?"


"Do you even know what a metaphor is ?" Evan graphs more patiently


suddenly ,another "pack" is sent and suddenly i just"I Know" ..I also know what a allegory is ,iambic pentameter and...


"plllleeeeezw Dumbo can we cooool it with the ruminations....
CAN YA DO THAT
CAN YA CAN YA
HUH"
Evan graphs...


Now ,he says the first thing we have to do is decorate this house
in as intricate way as possible.
we must be very specific about each "thing" placed " in a room.


Ok ,I graph..though I don't have any idea what he's interfacing about...


A Storefront appears within my line of vision...a cartoon of storefront but real enough


"did anyone ask for your critique of My storefront dumbo..or is it just what it is?"


My mind is silent.


Evan is pleasant ,"Oh my,Look a wallpaper store..let's go get us some intricate wallpaper to escape into should an intruder come a knocking 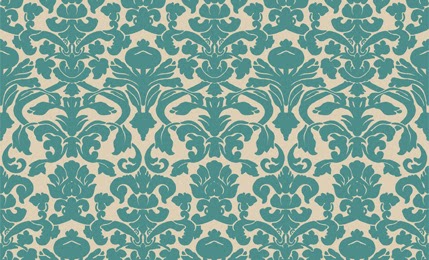