how was she to know this type of thinking
would be exactly what they wanted
.

How could she not ,she thought,as someone had turned up the temperature in the room
to near 90 degrees
or so it seemed.
The men had removed their suit jackets
(and this gesture made her afraid,,,oh this again she thought)
but that was all
no shirt removed
or smiling glances of "Knowing"...

she took a large gulp of the water.*
some poured down her top
she wondered if this awkwardness
could be considered what they called "a certain gracelessness,a certain lack of style"
that according to THEM
was what she needed to de-poise herself of.

"did she drink it?" she over heard a man say

'it will take 5 days for us to get an initial reading"she overheard the man said.
Maybe they were talking about something else....she didn't feel any different...

The same man who had just been talking about drinking "it'
banged on the table and told the 5 or so men and women
it was time to get down to brass tacks.

the chairman of the meeting was handsome..
friendly..
he looked her in the eyes when he asked
"Do you know what the term "to meet cute" means?"

Rebecca had seen enough photos and videos of Ted to recognize him
even from behind. 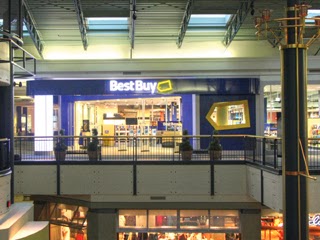 he was a nice looking guy
short cropped hair.
an LA Fitness 3 times a week Bod.
no skinny jeans(thank g-d she thought)
.

when she approached him she saw a young man with a smile so wide that she could not help but notice he had braces on the back of his teeth
She
asked
in  a take on 'I'm pretty but  shy ,don't know what to do with my hands,girlish sexy  deliberately dum voice,"Do you have any griddles?"

"what type of griddles"Ted said ,literally spreading his arms out ,so she would know the spnace of the griddles the store had AND the expanse of the knowledge he HAD of these fine griddles"we got...pancake griddles,waffle griddles.sandwich making griddles all kinds of griddles"Ted explained.

"my mother's birthday is in a week" she said ,on script,"her waffle griddle ...

"Hey," Rebecca said,"maybe we can get some..",she began but stopped herself, or more so the 'thing" they put in her ear  stopped her from asking Ted out for waffles,told her,' to slow down and just look at the griddles....'

"hey maybe there are some griddles that can also make sandwiches..."Rebecca said

"sure there are" Ted said,"follow me"

The Mic in her ear said,good ,good,look at the griddles ,compare prices and leave....he'll surely want you to come back

Rebecca wondered if Ted thought her odd
coming back to the best buy 3 times in one week
to finally decide on a griddle..

she told him as instructed by the mic
in her ear..
that she was a comparison shopper like mom..
never mind that the only thing her real  mother comparison shopped for was methamphetamine
she not recall her mother EVER cooking a pancake let alone a waffle

she had removed the mic
knowing how to "date" someone one her own
but there was still some odd sensation
that someone
was telling her
how to "play the date"
Rebecca put it down to nerves,as she really
(not method acting-ly) was beginning to like THIS TED

The men in headset yawned their way through a "eat cute"
discussion of
"did your mother like the griddle"
"oh she loved it"
'did she make you any waffles?'
"Oh she made like five million dozen for everyone the next morning"

The Man in Charge tapped the headsetted Reader
on the back
"we're gonna tell her tonight..bout the nano in her temporal lobe..we'll give her an extra 20 thou...no way to do this without telling her...not this one.."

"How's she gonna take it?"the "controller/reader asked removing his headset,sick of the talk of griddles...although he did now Jonesing for some matter of carbohydrate..

""what do I spy with my little eye" A handler said,noticing syrup on Ted's lips.

we can teach her
to Mind's Eye
the scene by thinking in two shots
this way we won't always have
a Point of View shot.

'what if she freaks."a Mandler said.

"what do you think happens if she freaks"
*
In its neuroprotective role, the blood-brain-barrier (BBB) blocks agents from entering the brain. This protective mechanism has been in place since man first walked the earth. If this mechanism was not in place, the brain would self-destruct within a few weeks, as invaders, including natural sugars, foods, and amino acids, would cause a biochemical implosion capable of killing the host (the human body).
Getting nanochips  nano scaled bio sensors to cross the BBB without allowing dangerous agents access to the delicate brain-balance was a very intricate process involving many years of specialized research, including extensive trial-and-error methods to allow the sensors to attach themselves to very specific areas of the brain that have been programmed to either decipher , enhance or augment many cognitive and emotional functions....
Nano particles possess a diameter small enough to penetrate through diminutive capillaries into the cell's internal machinery (3) and create a pre-programmed response, thus the term Edible Computer Chip.
NANOPARTICLE PATHS OF ENTRY
There are only four distinct paths of entry that allow Nanoparticles to enter the human body. The four entry routes for nanoparticles into the body are:

1)  Inhaled
2)  Swallowed (oral entry)
3)  Absorbed through skin
4)  Deliberately injected during medical procedures (or released from implants)
Posted by vvvvv at 8:29 AM