I listen to what Rebecca thinks.
it's my job.
it might seem a peculiar job to you, dear reader.
it certainly seems like a peculiar job
to those who I read
many cannot take it
they jump or cut themselves
or worse.

there are too many OTHERS around anyway

if you haven't noticed

tell me
without my having to spike your dendrites with biosensors
what DO
YOU think of
the OTHERS
who are not like you..

you probably do not think of them at all

unless they take YOUR parking spot or YOUR favorite table in a what you've come to consider YOUR Coffee House..

I have just begun encoding the thoughts of "our girl at the mall"
she probably hasn't  yet notice that someone's
broken into her house.
broken into Her mind.
oh
I want to get close to The Girl
I want to know her
and see her when I see her completely in ways we have nevr been able to see people before.
I am not the only one with a headset on.
we work in teams .I look at my team reading the same thoughts I am .I bet  Patrick is  angry that she isn't thinking
and thus visualizing her "2 Days in The Valley" porn shoots..all we see on the monitor is Ted ..not even the back of Rebecca like we've been trained to assume POINT of VIEW
it's disturbing
sometime I blink when Rebecca blinks
when she hiccuped
i hiccuped as well
I smell the waffles ,as if I am there,,,
Ted 's eyes aren't on Rebecca ...
soon if Rebecca "does her job" I will be able to see out of Ted's eyes and be able to read what Ted's thoughts..
for now I cannot see who Ted is looking at.
but I  hears  Rebecca's inceptionof the conversation
"Look at that guy,"
I sees Ted point
and I "hear" Rebecca hear Ted

..I saw three more in the last week,they look absurd...show offs...look what i spent 1500 dollars on...they record nonstop everything ,everyone they see...they're like little tape recorders,that's all..intrusive isn't the word 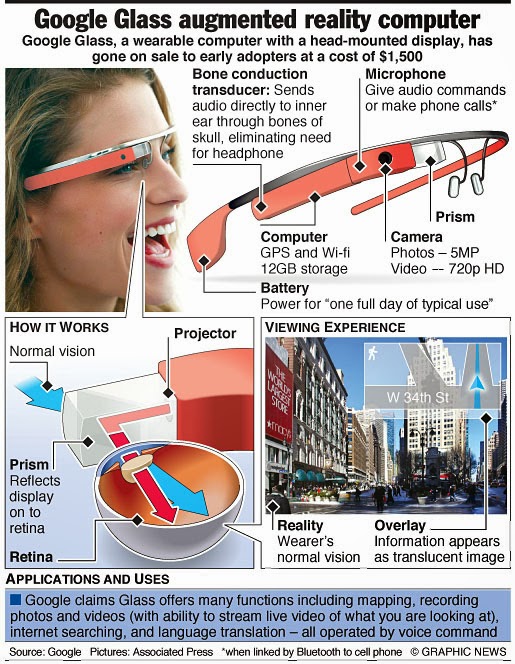 I laughs .and tell Patrick
"my god if they only knew."*

*Scientists Successfully ‘Hack’ Brain To Obtain Private DataBERKELEY, Calif. (CBS Seattle) – It sounds like something out of the movie “Johnny Mnemonic,” but scientists have successfully been able to “hack” a brain with a device that’s easily available on the open market.Researchers from the University of California and University of Oxford in Geneva figured out a way to pluck sensitive information from a person’s head, such as PIN numbers and bank information.The scientists took an off-the-shelf Emotiv brain-computer interface, a device that costs around $299, which allows users to interact with their computers by thought.The scientists then sat their subjects in front of a computer screen and showed them images of banks, people, and PIN numbers.They then tracked the readings coming off of the brain, specifically the P300 signal.