An unpublished version of "New TruGenics "Tru Christie kept on his person at all time
.The New Way.The New Bible...
every now and than around Riverside County you could see Tru removing his shoe and banging  this shoe upon a barroom or restaurant  table  especially  if he was in progressive company as to remind the group that indeed 'Times Were a Changin' and that as planned  'A Change was Gonna Come'
and  Social Reform of the Social Reforms that according to The New Way had created nothing but the  over population and diminution of the Bettors with Lessor blood.

Even more than hearing himself talk Tru Christie enjoyed "hearing himself think" upon another .
Hearing how his thoughts about The New Way were processed through the very type The New Way deplored...
A private joy it was to Tru interfacing The New Way to any number of human test subjects leased out to Proxy Cyber for an unwanted Brainlink. 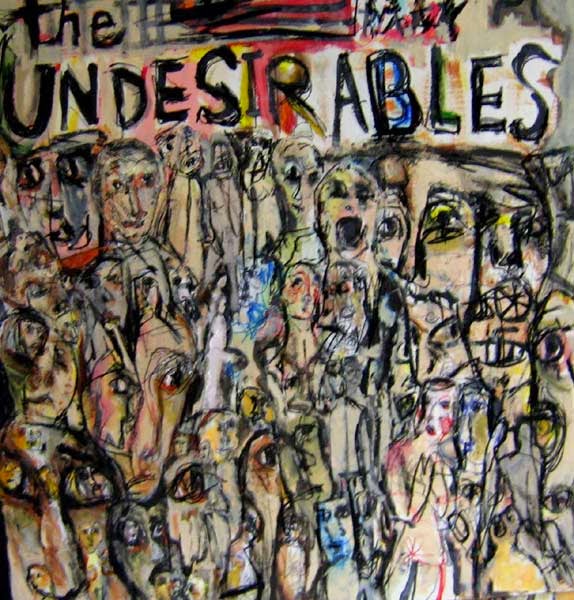 shhh Valerie Prentis said
shhh "put it away,'she would say, referring to both Tru's shoe and the  "new bible"
"it's not time.No one is quite ready"
Valerie Prentis would tease Truman Christie that he was like a boy with a boner
who just had to show
everyone
"his thing"before the boy knew how to work "it" 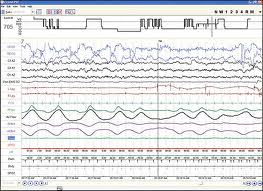 First Known Use of SICKO

The first state sterilization law in California was enacted on April 26, 1909 and remained largely unopposed for the next 70 years   This was the first of three laws passed in California and it targeted patients in state hospitals and institutions for the mentally retarded, as well as prison inmates.
A second law was passed on June 13, 1913.  This law repealed the first law and established different guidelines (Laughlin, p. 2). It allowed for a wider range of people to be sterilized.  Anyone who was “afflicted with hereditary insanity or incurable chronic mania or dementia” (Braslow, pp. 33-34) could be sterilized.  This law also established the State Lunacy Commission, which had the power to order certain Types no longer were to continue...

The sterilization laws were significant largely for their overt language, effectively applying to anyone who we deemed abnormal,There was no legal mechanism for patients to challenge the sterilization order, no written notification required to be sent to the patient of family, and no opportunity for a hearing that the institutional level (Stern, "From Legislation to Lived Experience," p. 101).

"Oh
if one could only really say
what was on one's mind,"Tru Christie said

..both had been speaking about the nerve of the maitre'd placing them next to a physically and perhaps emotionally abnormal girl..

the Maitre'd was a Follower of the TruGenic Movement ,so he should have known  that  the sickness of a person 'like that' effected the Neural Atmosphere with Emitted Illness and or Envy


Valerie and Tru were in The Mind Business

even after all these years doing Mind Encoding

from what one was actually saying.
Both Valerie and Tru had been implanted  with Mind Reading and Mind Imparting biosensors during a  summer cruise around Alaska .The cruise was sponsored by Proxy Cyber and most if not all the workers were encouraged to get the sensors intraveneously ,otherwise it could  indicate you were not a genuine Transhumanist.

..the settings of their nano chips were "locked" and serial marked,there would be no "hacking" or "mind encryption" without the numbers that THEY did not even have less they think them aloud under the gun

also unlike some who have been "apped' (prisoners,junkies transient homeless types who served as "test subjects ' rather than genuine consumers

...Tru and Valerie  could turn "the mind to mind "off" with just a brush of a finger(a fingerprint)  against the coiled tattoos shaped like turtle doves on both of their calves
which housed the main circuit that "turned on " the "dots" in their temporal lobes..

Tru had brought Valerie to this fine restaurant to celebrate a full year going "mind to mind" interface
so it was doubly a shame that at a
table not 4 feet away from them sat a 'expendable" girl of about 16 in a wheelchair
if that were not bad enough ,as she was directly in their eyeline
her affliction made it difficult for the 'expendable' to properly use her spoon and fork..

"I must say  something "Valerie snapped at Tru ,ashamed that her date lacked the gumption to 'man up' and do it himself

After much whistling and snapping  the Waiter finally came over to their  table..

"please move us at once to a table with a nicer view" Valerie said,not caring a whit whether the poor girl or her guests heard her,after all ,the girl surely knew she was marring the otherwise stately and lovely surroundings.

If anyone were to be blamed for any hurt feelings it should be the child's parents for taking her out in the company of society at all..

It tool a while  for them to be reseated and the hectic din of the servers bringing and removing plates and cups made Valerie angry in a way usually reserved for the office...
"All this reassignment for a mistake that should never lived this long..or have  ever been born at all?,"
Valerie said, folding her napkin on her lap,trying to settle in,but she could not let it go as she caught the look of the 'undesirable's' mother shaking her head and wiping her eyes before making sure Valerie caught the "hmmmph"
of her suffering

Valerie ,stood,dropping her napkin  turning  her temper on the perpetrators, saying  loudly" Please do not ask me to apologize for MY normalcy or HER affliction ..do you REALLY , really think you are doing this girl any favors ?Taking her to places like this?...she knows she RUINS it for Everyone.ask her...she'll admit it.."

Tru indicated through an interface that  bypassed her hearing that she should probably let it go...
the telepathic non verbal suggestion seemed louder than mere
words
because
THAT was how it worked

and moreso
because the  feeling of Tru Christie and his understanding and love was telepathized as well and a warm feeling that ran down Valerie's spine..the suggestion
that "let it go" seemed hers not his..

"In a few years ...it will all be different..it will all
be right .
and beautiful
for the first time since time began"Tru said  aloud ,afraid a Direct Interface of this hope might come across as sentimental..