"well Dumbo...I'll tell ya what they KNOW about Human Testing.*they know enough to keep their fucking mouths shut about it...and some think of  Participants in the Program as quite lucky to be part of this project...which will help people with dementia,alzeimers and all sorts of neurological diseases and brain traumas...we think of ourselves more like "kids in the AV dept .in high school" and you as something of a wild new kind of TV set.. your a moody man ..you thoughts on "it" change..but lets make sure they do not change to much...or you might get quite a change in your Mentors...who might wish to give some of that good ole' Threshold Testing another whack..those who look backward rarely can move forward...and just because one is basically a lab rat doesn't mean they have to be a rat as well...if a lab rat bites a technician. That technician's automatic response will be quite likes yours seems to be these days ....Or to put it another way, if a vehicle stops working...one simply junks the unusable piece of garbage ...and finds another one  ...perhaps ANOTHER ONE close to you..and as you've often written..YOU..wouldn't wish this upon your worst enemy...It won't be...your worst enemy punk...and you'll know YOU made it happen...so get into spirit of it ..chum...FAST.....or we'll beat the living shit out of ya"-in Real Time .Boyfriend." 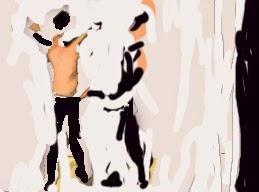