What The World Makes-Dumbo Breaks"-Evan Imparts,not sounding "like himself"
"no way am I listening to "A Voice" younger than mine...,: I graph ,hoping someone else IN CHARGE "hears me"
"oh really,""Evan" Imparts ..That...maybe you should poke out your ear drums...or I Know Dumbo! ...since you KNOW or think ya" know that this is all about and ONLY about  bypassing your aural and occipital perceptions...why don't you do a bit of self surgery...A very thin,VERY LONG sewing needle ...might do the trick...or an even thinner well aimed beam of some kind..HMMMM a remote beam...and maybe THEY can just aim that little ,tiny directed bit of energy at the parts of your mind that perceive in the usual way...so you'll be "our blind artist" ...and also our deaf artist INSTEAD of just our DUMB artist...who doesn't LOVE IT most of the time when he isn't Benzo-ed ....outta his mind..I think wonderful ,wonderful visions and thoughts might be gathered by your teams if you weren't so bothered by your own senses..and we did some Psychotronic surgery with this PRODUCT hmmmmm?.maybe without traditional sight you won't feel compelled to "go looking up information" online about things that spoil$ the tether..."
Change your voice back to what it was,I graph
"change the story to what we say all of you Proxy are graphed the same themes but only an idiot choses to ...'
"yap yap yap..,"I graph..,".really I can't really be expected to respond to some Mandlers whose 20 years old....simulated or not"
Listen
("he/it" imparts-
when one goes to a theater
OK?
there's a stage right?
the actors who walk on and off the stage
"hide" behind a curtain
right?
when you go to a theater you don't SEE the actors
waiting to enter the stage
you don't SEE the men and women who operate the lights
who illuminate the stage
cuz' if you did
you'd have no suspension of disbelief .would you
and suspension of disbelief is required
to accept the Role Playing aspect of being
"taken in"
by "the show"
when a person goes to the theater they WANT to BE ABDUCTED
by the many ,many people
who have created
an alternate reality
for them to escape towards)
"yeah but this type of TV one cannot escape from can they,"I graph
"I can," EVAN impart...,"I just take off this suit and helmet...YOU on the other hand
were for reasons
I don't know chosen
to not be on THE RIGHT SIDE of this "game....you have no idea how uncomfortable it is wearing this helmet nor these gloves"
"which you can remove when you're DONE..."
"...when MY shift is over...," Evan imparts
"my SHIFT is never over...,"I impart back
"might be sooner than you think...if you don't wise up to the Rules of the Game"
just put jonny jitbag on car alarm,I hear someone say
and that's what I hear
not quite from within and not quite "from without"
"See You Next Wednesday"
is all EVAN Imparts
The Car alarm sound stops
and Tru Christie
is "in da" house"
UH OOOOOOOH Dummmmmbo
seems you're on a new track altogether
"SEE YOU NEXT WEDNESDAY"is not a Game I even play
ever heard of the term shape shifting
he graphs
well....all that really means is directed energy aimed at your pituitary gland to hyperstimulate it
to hyper produce HGH
Human Growth Hormone
"See You next Wednesday" means we are now allowed to give you Acromegaly
and the
results
might be irreversible
what you think "The Facetaker " rendition was REALLLLLLLY about Indis?"
"bring it on," I graph,not caring much what they do..
"THAT's CAUSE your TAKING THOSE fuckin' BENZOS DUMBO!...which are making you IMPOSSIBLE to DRIVE!...
we're not kidding about you being OUTSOURCED
or Acromegaly...as it's part of the 40 year plan you know..
(I start to type in the letters A-C-R-O-M)
DON'T LOOK IT UP
I'll SHOW YOU

DUMBO...real quick..
let's hope I do it right
and can
reverse it....he Imparts ...showing me a smiley face
than a quickie of Lawrence Oliver in "Marathon Man"
and I hear the sound of a drill
and feel pins and needles in my face...

DUMBO...real quick..
let's hope I do it right
and can
reverse it....he Imparts ...showing me a smiley face
than a quickie of Lawrence Oliver in "Marathon Man"
and I hear the sound of a drill
and feel pins and needles in my face... 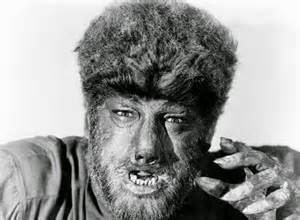 Philip K Dick was an American science fiction writer, who died in 1982. Eight of his stories have been adapted into films to date, including “Blade Runner”, “Total Recall” and “Minority Report”.
“In earlier interviews you have described your encounter, in 1974, with “a transcendentally rational mind.” Does this “tutelary spirit” continue to guide you?


It hasn’t spoken a word to me since I wrote The Divine Invasion. The voice is identified as Ruah, which is the Old Testament word for the Spirit of God. It speaks in a feminine voice and tends to express statements regarding the messianic expectation. It guided me for a while. It has spoken to me sporadically since I was in high school. I expect that if a crisis arises it will say something again. It’s very economical in what it says. It limits itself to a few very terse, sucinct sentences. I only hear the voice of the spirit when I’m falling asleep or waking up. I have to be very receptive to hear it. It sounds as though it’s coming from millions of miles away.

Philip Kindred Dick (December 16, 1928 – March 2, 1982) was an American novelist, short story writer, essayist and philosopher whose published work is almost entirely accepted as being in the science fiction genre.
From 1948 to 1952, Dick worked at Art Music Company, a record store on Telegraph Avenue. In 1955, he and his second wife, Kleo Apostolides, received a visit from the FBI, which they believed to be the result of Kleo's socialist views and left-wing activities. The couple briefly befriended one of the FBI agents.

On February 20, 1974, while recovering from the effects of sodium pentothal administered for the extraction of an impacted wisdom tooth, Dick received a home delivery of Darvon from a young woman. When he opened the door, he was struck by the beauty of the dark-haired girl and was especially drawn to her golden necklace. He asked her about its curious fish-shaped design. "This is a sign used by the early Christians," she said, and then left. Dick called the symbol the "vesicle pisces". This name seems to have been based on his conflation of two related symbols, the Christian ichthys symbol (two intersecting arcs delineating a fish in profile) which the woman was wearing, and the vesica piscis.[21]
Dick recounted that as the sun glinted off the gold pendant, the reflection caused the generation of a "pink beam" that mesmerized him. Dick came to believe the beam imparted wisdom and clairvoyance; he also believed it to be intelligent. On one occasion, Dick was startled by a separate recurrence of the pink beam. It imparted the information to him that his infant son was ill. The Dicks rushed the child to the hospital where Dick's suspicion and his diagnosis were confirmed.
After the woman's departure, Dick began experiencing strange hallucinations. Although initially attributing them to his medication, after weeks of hallucinations he considered this explanation implausible. "I experienced an invasion of my mind by a transcendentally rational mind, as if I had been insane all my life and suddenly I had become sane," Dick told Charles Platt.
Throughout February and March 1974, Dick experienced a series of hallucinations, which he referred to as "2-3-74", shorthand for February–March 1974. Aside from the "pink beam", Dick described the initial hallucinations as geometric patterns, and, occasionally, brief pictures of Jesus and ancient Rome. As the hallucinations increased in length and frequency, Dick claimed he began to live two parallel lives, one as himself, "Philip K. Dick", and one as "Thomas", a Christian persecuted by Romans in the 1st century AD. He referred to the "transcendentally rational mind" as "Zebra", "God" and "VALIS". Dick wrote about the experiences, first in the semi-autobiographical novel Radio Free Albemuth and then in VALIS, The Divine Invasion and the unfinished The Owl in Daylight (the VALIS trilogy).
At one point Dick felt that he had been taken over by the spirit of the prophet Elijah. He believed that an episode in his novel Flow My Tears, the Policeman Said was a detailed retelling of a story from the Biblical Book of Acts, which he had never read.[24] Dick documented and discussed his experiences and faith in a private journal, later published as The Exegesis of Philip K. Dick.