"take it all down...the blog...the posts," the. doctor says.",it will be your therapy. not all at once..but little by little... and realize each entry
was written when you believed this technology existed
when you were sick and  your mind made up elaborate explanations for
things that all came not from somewhere out side your mind but
from inside your mind now that your better
there's no need to document anything
either in semi fictions or with so called "facts"
we discussed that you sought out these facts" ONLY to
search fro explanations for the things you were hearing and seeing and feeling
but now that we know,Now that you accept
that "it was all just some kind of misfiring of certain chemicals..
a chemical imbalance
there's no need to keep searching or writing. anymore
I don't want anything triggering you...
back to old thought patterns that caused you create these intricate
delusions again
the mind does funny things "he says,
"and I guess our mind must make up
elaborate stories to assimilate thinking disorders..in some way
now that  hat we now that this type of technology doesn't exist. We can begin discovering what stressors may have caused your mind to "run away from itself"

"yeah,"I say ,
"You do realize ha you can get into big trouble if you continue to write about this technology,"
the dr. says
"why ..if it doesn't exist?""I ask
"Because ," he smiles,"...you know something?...when I was a child I used to always ask questions like that...and my Father would say."why?"..because I said so.....I used to hate him for that...but sometimes...it's the best thing not only to say but to accept..do you understand...?'
"yeah,I think so"I say
"The Haldol is  working..it''s been 2 months, no worrisome side effects....,":he says looking at my chart.
"I haven't heard or seen anything for weeks and weeks," I lie
"You're doing so much better,I can tell" he say standing, closing my chart
"Better all the time," I say,shaking his hand and grabbing my script.
"See you next Wednesday,"He says
"can we,,,,do you think?--we can--- change our appointments to-- Thursdays?" 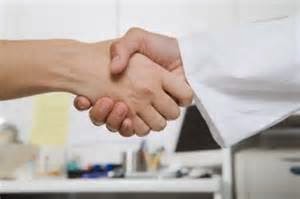