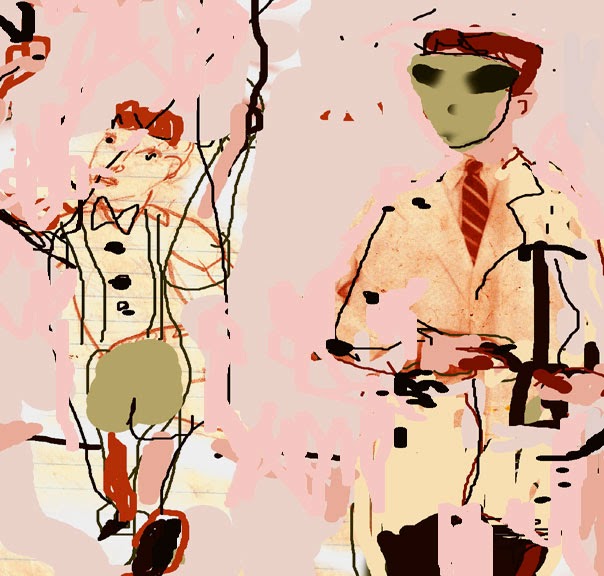 The 1950’s brought with it the invention of the Vidicon camera tube.  The Vidicon tube converted a video image into an electronic signal and replaced traditional charge-coupled devices.  The invention of the Vidicon tube also made it possible to build smaller cameras.
The 1950’s was also a time of innovation for RCA.  An engineering team sponsored by RCA and led by Dr. Paul K. Weimer started developing a color camera.  The team introduced the first commercial color camera, the TK-40 in 1952. Three years later, Weimer and his team created a single-tube color camera based on the two-inch Vidicon tube.
At the same time the Vidicon tube and color camera were being developed, Ampex (an American electronics company) brought innovation to image recording.  Working with a team at Ampex, Charles Ginsburg developed the first videotape recorder (VTR). The VTR system used a rapidly rotating recording head to apply high-frequency signals onto a reel of magnetic tape. The VTR revolutionized broadcast television, as companies no longer had to rely on Kinescope Film, and the footage was much easier to edit.

(2)Sidney Gottlieb,,one of the best of the umpteenth   'movers and shakers part of the project MK ULTRA Human Experiments stated  , “It was fun, fun, fun. Where else could a red-blooded American boy lie, kill and cheat, steal, deceive, rape and pillage with the sanction and blessing of the all highest.”

Project MKUltra.  This was the  name for mind assuagement  experiments undertaken by many esteemed figures in the  Scientific Community...

In 1951 the United States sprayed LSD on Pont Saint-Esprit in France causing mass psychosis and at least seven deaths.
The first experiments of MKUltra was to give LSD to the mentally ill, prisoners, prostitutes and others “who could not fight back,”nor be taken as reliable sources...
the mentally ill and the drug addict according to ***, also "have the built lack of plausibility as ,at least in the  public's mind "this type " is already in an "alternate state of reality"
In 1976, President Ford issued an executive order prohibiting the experimentation on humans without their written consent.

While it is the official position of the government that mind control programs have been discontinued, Victor Marchetti has stated that not to be the case.  $2.8 billion a year is spent  on forward looking technologies that include psychological programs.
Not much is released nor published about  forward looking programs .
..Bits of bread crust to the media

" scientists  able to transmit the thoughts of one rat in Brazil with one in the US so that the US rat mimicked the behaviors of the Brazilian rat.

"We learned to operate the central nervous system of squids."

'Transcranial pulsed ultrasound that  boosts alertness in soldiers , relieves stress and blocks pain so even a patriot with one foot gone can march and fight ! ...
we helped you Dumbo
it was us
who
sent you through the mazes
and taught you
to find you way
and  look backward to other "known" advance technologies that were being used against or moreso upon unsuspecting citizens
who were just a little bit more useful than mice were or are to study for the objectives of Human Mind Augmentation.
The  One field of 'medicine" that by it's very nature  indeed requires that ONLY humans be studied to obtain useful data.
past objectives to control or confuse the minds of masses or just 'stray so called  dissidents here and there " has NEVER  been  on ,rats and monkeys  ...there would simply BE no Point...
and thus of course we
Mickey'ed Up your mum

"to make Droids from The Mill"

-there's nothing SICK about it....
......
only quite recently have women begun having children
'cause babies Are Fun"

used to be
a gal only had a kid ...so the kid could tend the farm
kill a dragon
or be of some fuckin'' use...


you were useful.....but don't ever forget what becomes of incompatible
components
little brother

they end up in landfills..
but think of this way Boyfriend....if you end up missing...or in little pieces...it'll REALLY make your story all the more believe-able!

but the subject was
babies...
and programming kids...with CUES and ASSOCIATIONS

so these benchmarks of Ritualized Abuses...could be studied
like rings of a redwood tree sawed in half..

for some Real Time
TERROR
we can aim shoot and fire
at another's
Mind .....

Bang.Bang ...we GOT that Badda Bing
from OUR BOY.DUMBO! who HURT SO BAD for King and Kuntry!
read all about
it....

here let me buzz ya' something ta' forrrget all bout  it'''''

As we have seen, when studies concerning 'Mind Assuagement"  are left unchecked and unsupervised,
and the subject
the captive screams too loudly
what choice do his captors have but to
stifle his screams
perhaps with a fist down his throat.

the line between protection and the intrusion on personal freedoms is not only blurred but thrown out the window
like any human test subject
must be
who "knows too much"..
Posted by vvvvv at 8:07 PM