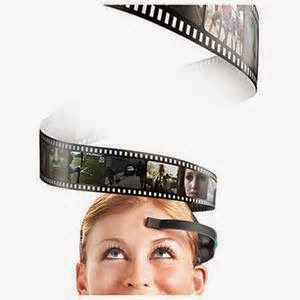 condensed..wordless ...but more than words..what dear reader.
you think I hear voices all day?
i'd be wacko loonlyland now if that was the only way I receive these little gleans
nope...
I mainly get what my Mandlers call SENSO or Packs

although these truths are NOT MINE but THEIRS

the stories I am "packed"(SENSO-ED)...MEANING I ,LIKE GET A WHOOOOOOLE

LIKE
gleaning of information. Not in words...but a genuine
like osmosis
like what some bitchy teacher in high school would say
if you fall asleep in class...your head .
like on the book
"so.you think your gonna "get" Pathagorium Theory
from osmosis...laying your head on the book?"
-----well yeah teacher I feel like saying now...
to the teacher whose Image I graph ,can't help but graph
towards Evan..(hoping he won't USE her (("my remembrances of Shit past"'))
if some future Imbue..they do that you know...
and way
I'm in the doghouse again...and not in a good way
...a good way is when they Immer Vision my Temporals  with me,your unreliable narrator here..witha leather dog collar on my neck...
but I won't go into that
as one of the problems seems to be
according to my Mandlers is I can't seem to distuguish
like
appropriateness
concerning what part of
what happens in Phasement
should Stay in Phasement
and ...I should learn how to present myself
in a more wholesome manner
with Manders (and readers)
who do not care to incept
TMI about
certain
aspects of Direct Neural Interface
and much of this R and D..
of making all kinds of demographics Proxy
is for them to see how
a consumer of Brain Computer Interface
can create BUFFER
or how a service provider of BCI,A.I. and Immersive Reality "apps"
might be able to
like ....provide some censor...type things
of "some thoughts"
you'd sorta want not to like slip into a Mind to Mind with your boss...or mom..
and all that shit..
my unwholesomeness.
is perplexing to my Mandlers...who pretend they don't
know How Much Barbara Hershey "The Entity"
"tonight you belong to me" shit
goes on
both Mind to Mind and with Str8 to Insideo
5 sense perception  porn
(oooh yeah there are perks to being rendered a human puppet dear reader)
anyway...one of my uses as a Proxy
is like endless personality testing
in the ...."is this guy's brain signals..his "soul'
his pre neural intent for his actions and reactions
to imbued
virtual reality style
"what would you do if.."
and in this aspect...
I keep reading as some kind of
childman(as this is my demographic..)
type with very very little
perception skills of what is Right and Wrong
for instance IT was WRONG to write the G.H. Peto story
as the story
was presented
SENSO style
for my "team" to see
if "Dumbo" lacks Core Components
in his Beinghood
to actually write ,type the story
only imbued upon me
to see.
"What would YYYYYOu Do"
if such a story
was introduced upon one's biosensors
and thus mind
only days later however did my main mandler....(not a Muralist..
,a muralist is the dude who does elaborate Mind Movies upon one's mind..like TV does..except this new kinda TV goes bingo bongo right into one's noggin)
explain however-
the 'stories"

what Evan refers to as "those socially worker" types

that keep chartings and gradients

what YOU decide to post Pino..or to yap about

The Folks who have A Say

in deciding if your FOUL enough PREY

THEY do not have to be too concerned--

"about "some type" of genuine telepathic or otherwise Intervention

and all that shit"

Evan graphs,"so if WE..if THEY decide to conduct for instance

I suppose we both have gathered

I rush to take down the G.H. Peto story

"no kiddo that AIN"T how this Pinball game works Sunshine...it's up it stays up..."Evan graphs,now as some version of Cheshire Cat and next

they know I "go for"

is sexual in nature

'oh thank goodness there are still aspects of signal..

that won't put you out to pasture just yet..

to be on the safe side

I recommend the IMAGE OF"

we will do what we call

the real story of your upbringing


CHAPTER 1.MY PEDIGREE AND FAMILY-UNDERGO THE INFLUENCE OF THE TENDER PASSION.


Since the days of Adam,there has been hardly a mischief done in this world but a woman has not been at the bottom of/Ever since ours was family(and that must be very near Adam's time-so old noble,and illustrious are the Barry's,as everyone knows )women have played a mighty part with the destinies of our race

I presume that there is no gentleman in Europe that has not heard of the house of Barryogue,of the kingdom of Ireland....