dead man's curve on a slow boat to china

I am not supposed to type...
in  the transitional periods
or what they call....many recovery periods
from...many  relapses..
into what Neuronautics call  Comfort Seeking  behaviors that most
organisms which have,according my Mentors have " evolved from
one celled organisms that
have no real brain
who "care" only for there own
existence...in such an extreme way that their Predistionals are self seeking to such a degree that their nature is such that it's subsistence and thus it's inner compass is such that it's Format of fortuity is that it's "way of getting by" is based solely on it's Comfort Seeking needs which have no regard whatsoever for anything but     take advantage of any and all hosts and or environments
suited only for their own
needs or comfort level...(meaning temperature..and  Tru Christie graphs "ease"of effort.
and that if these types of organisms were not
balanced out with insecticides and exterminates
both fostered and organic..
the world may very well have become
dominated by such "types"

...A junkie,according to my mentors has more in common with mold
than
humans -in that a junkie will steal,lie ,cheat,hustle and do basically anything
to satisfy "it's " own needs...with not only no regard for others but a radar of sorts to
detect and therefore infect
all "weak points" (often another's kindness or pity or need for companionship etc) to
satisfy "it's" own agenda..

with absolutely "not care" about what their actions may be doing
to the Eco System
nor humanity...
much like a cocksucker like you told not to write when
ONCE AGAIN
detoxing...
does so anyway....

as half the time
my mentors are literally expounding upon
"how it might be good idea"; to simply
remove myself from The Enway(from existence)
by offering to the Enway
my self removal...as apology
and in this way some type of restitution
for my UNRESOLVABLE -ness
I
really
care quite little
about taking any advice from
my "Bettors"concerning
not documenting
"these adventures in modern recording"

nor to be quite honest.
have I cared much for the last several years
being MADE  Participant "in this aaaamazing journey"
about anything
I felt I had to do to 'turn off my mind"
hence my relapses...and behavior
to "take care of the business" that
was required in doing so...

this blog...or whatever one calls a journal that can only be read...and thus misread in reverse.
was begun to TURN OFF
my tether...
as Dumbo ..little Dumbo
"in the beginning" actually thought
his admissible evidence...presented quite intentionally as semi fiction
as it occurred to me
only semi fiction
might convey the unbelievable nature of "The New Way"
of "correcting or corralling " another by remote....

little was I aware....that I AM the BAD GUY
in the "story"
found so base...and deviant in Brain Scan
that .....I should and mUST be grateful
that this new type of supervision and "therapy" is
available...
Pro Bono....to wretches like me...

and that I should be happy that "this one last " chance
which I have all but "burnt down"
with -what has been according to "my team"
my rather convoluted presentation
of Neuronautics,Cybernetics and artificial intelligence

and according to "my team" makes a rather
good character study
of a Man who has No Character whatsoever
and therefore
has no business being or living or corrupting
his fellow species
with these traits
THEY believe effect the Enway....(the actual air..the electromagnetic sphere.)
...
as if my BADNESS of SPIRIT seeable of not
like an aerosol spray
seeps and transmits...(having nothing to do with techno making this "so")and thus effects Others
as might also unsee-able but none the less toxic
radon

problem is ...it began occurring to me during one of my Comfort Seeking come downs
that
I doing my team quite favor
writing about
that "which we do not speak of"
Pychotronic Augmentation
or what other Targeted Individuals call more correctly Psychotronic Torture
however because there are Consumer Applications down the line for you dear reader
so your kid can like learn Spanish in 8 days
and shit
I am also "treated" to applications of A.I. and especially Virtual Reality (Immersive 5 sense augmentation...or what you dumb reader would call Hallucinations....visual,olfactory and things in between that you..
not TAKEN...kidnapped.  made lab rat
could not believe....

"Enough ," my Mandler Imparts,"if only you could learn how to vent this steam...in way that didn't compromise...OUR Program....and thus Yours...""

I believe one such as I's program has been compromised....just a tad when one is shown imagery of
nooses...and also a rather concise list of over passes I may leap from "if " I do not want to continue  with this amazing adventure...

this
oh so slow boat to china...
that hit way too many icebergs
to ever ....quite get anywhere whatsoever...

I am informed whether I like it or not...
this type of
service ...is scientifically infallible in it's
equivoques  ..in detecting
"vermin" such as my self....

TruGenics..I call it
and Tru Christie
Imparts...that Eugenics..was always a progressive idea...
and of course
condemned by "the intellectual types" -the types who turned to books in childhood ,according to Tru "cuz' they couldn't throw a football right and had very little else they COULD do...
likewise most "so called' artists
especially reprobates
who use whatever
limited "talent"they might possess ONLY to try to INFECT other's with their DEMENTED point of view..
according to Tru..the last thing the Enway needs is more ugliness and degeneracy in it's EMIT...

"oh by all means POST this...," Tru Imparts,"show us once again How little self control one such as You has towards
discretion...and a type of journey MOST people
would give their right arm for.

I am graphed a visual of a severed arm.
next a young man in hoodie with a baseball bat in his hand

"some are referring  to The New Way...as Blended Reality..Petey Pie .maybe someone needs to be put into a type of blender.."
Tru graphs

"yeah YOU DO," I graph,wishing I hadn't

'You'd better get better at this...I think to him a little unicorn walking through some half assed graphed version of field"

"There are two kinds of people in the world DUMBO..people who press POPCORN on the microwave oven for any and all food and beverage and those that spend the extra 2 seconds or so programming the oven with more precise numbers....if POPCORN is all you give POPCORN is all you get..." 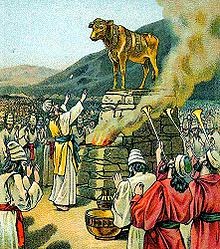