The Coalition for Humane Health Coalition

Olivia Banks ,who was talking to her daughter on her cell phone first saw  the blinking light and next heard the sound of the "other phone"

Olivia never called "it" a phone. For "it" was something entirely different .For it needed no words to communicate to whom ever was on the other end
"of the  line".

Olivia said a hasty good bye  to her daughter  and placed the bio sensor speckled headset upon her skull.

The headset worked with it's own special computer laptop and soft wear.
to translate  thought into speech
that could next be transmitted  directly into another's mind.
Try Christie ?Olivia thought . Or was it Valerie Prentis?
It was important for Olivia to have  some idea  who it was
so she would best know how to comport her 'signaling"
to whomever she would be thinking toward.
The headset and wordless communication known only about but a very few
was rarely used at the Humane Health Coalition except
for the type of  business few wanted "read" by just any server .
The ever  skipping  frequency of the Brain Computer Interface
thanks in part to the use of  "free air" on the
Wireless Medical Telemetry Service (WMTS)" made this not a problem one concerned themselves with.

According to a long winded  tele-pa-vise by Congressman Ken Wallinsji
A very important reformatting of a  financial global security exchange referendum  in February of 2016
everyone
both "on the hill "and off
had agreed would  be too complicated for the public to understand
and because of this -
Congressman Ken Walinski was asked to make" a call" to Olivia Banks
who was head of The  Coalition for  Humane Health Services  which was  responsible for keeping tabs  on the"mentally challenged' individuals within it's Data Base.

The Coalition for Humane Health Services didn't deal with providing financial or psychiatric care to anyone whatsoever
but was more of a Central Casting resource for
many corporations and the various senators  and constituents
who often needed to
'get certain bills passed' with as little intrusion or fuss  as possible with a little help from
people already discredited .

The Coalition for Humane Health Services, no more than a small windowless office just outside of Georgetown was often the "go to guy" to create "fuss" and "fire"
to help the American public not 'over -react' to situations concerning
difficult policies that might be misinterpreted .
Every could of weeks it was  Olivia  Banks' job to peruse the names and faces
inside the computer's  Mental Health Data Base
to select suitable candidates with suitable , charted mental health histories
who might be "up for " being tag-ed with Merge bio tech to be conditioned
to perform  what Congressman  Ken called  " or graphed-"Event Planning "-
usually to be "performed "  1 or 2 days before a very important law ,bill or contract  was signed
that the Powers that Seize all agreed  needed as little press coverage as possible...
as was the  case concerning a  "reformatting' of certain  aspects of a  security exchange act over a year from now.
Olivia's  "job" was  to  select
a future "person of interest"
to  provide a  "proper diversion" for the public
who might otherwise focus on less immediate actions beyond the scope of their understanding.

Ken didn't need to tele-pa-thize to Olivia Banks "the type" he needed to provide fodder for the  running scrolls of the  all news/ all the time networks during the first week of February next year.

-Didn't need to explain to Olivia the 'look" he wanted the "perp"to have
nor the "made to order" or devised "loner" backstory
the "Person of Interest" needed for resonance ,
and something tangible to solidify their reasoning for performing a  violent act of some kind besides -synthetic telepathy .


It often took over 5 months ,even with Direct Neural Interface and bombardment of Neurotronic based Displacement
to  "set ' the often  already ' troubled mental health "consumer ' up with enough online  chatter, bar room patter and "on location" elocution of "crazy ways"
to realistically "set the stage"" for the presumed  fallout from the predicated "event" the "person of interest" would be instigated into perform  by a version ,thought Olivia ,of  this very same technology  sans headset. The bio sensors would literally attach itself  to their neural tissue.The "person of interest" would hear things ,see things with out the possibility of removing any headset.

Congressman Ken reminded Olivia that they needed more than the usual  "Oh he kept to himself so much...and " the "oh I always knew there wasn't something right about that guy" or the old reliable "He seemed like the nicest guy in the world" from  neighbors  and such for "this one"-


Olivia "pathed" Congressman Ken if 'this one" had anything to do with changes in gun laws
or was this to be something that relied more on  creating  more terror inspired surveillance  or curfews...?

'Actually we need something totally random ...and almost surreal ,'Congressman Ken 'path-ed back' via the headset " BUT -He  was sure they could find a way to  \kill  several innocent civilians and focus media attention away from drab financial concerns with one stone  "

"Are we talking about a shooting here something more complex?" Olivia graphed  Ken.

"Remember that incident in Ohio?...." Congressman Ken graphed" when that man let  50 wild lions ,tigers and bears out of their cages all at once.."

'That's a lot to ask ,concerning creating a feasible  backstory...with documentation both  on and off the computer...in just over a year's notice " Olivia "path-ed"  Ken

'Ok..Remember  that incident on a Greyhound bus, in Canada a I think it was, when someone literally chopped a passengers head off." Congressman Ken graphed , his brain signals sounding almost little a little boy's  to Olivia "

"How about an Andrea Yates  type thing but done by a man? "Olivia Banks telepavised Ken

"Your're absolutely  amazing Olivia "Congressman Ken graphed  ,obviously removing his headset  without so much as a "graph' of "see ya"or "Bye"

Olive had a more difficult time selecting women than men to "app' up for 'Event Planning " because the tv audience by now (in no small part thanks to Olivia herself ) had a preconception of what a deranged man "going postal " looked like . 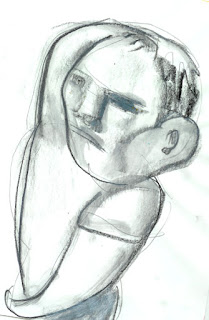 *The Wireless Medical Telemetry Service s a wireless service specifically defined in the United States by the Federal Communications Commission  (FCC) for transmission of data related to a patient's health (biotelemetry). It was created in 2000 because of interference issues due to establishment of digital television. The bands defined are 608-614 MHz, 1395-1400 MHz and 1427-1432 MHz., I\On addition to WMTS, many manufacturers have created devices that transmit data in the ISM bands \ such as 902-928 MHz, and, more typically, 2.4-2.5 GHz, often using IEEE 802.11or Bluetooth radios.

To ensure that wireless medical telemetry devices can operate free of harmful interference, the FCC decided to establish the WMTS. In a Report and Order released on June 12, 2000, the FCC allocated a total of 14 megahertz of spectrum to WMTS on a primary basis.
Posted by vvvvv at 1:41 AM