The experimental film  created to attempt to cull quick change neural pathways was not than called "The Big Littles"
but only
Operation Blue Screen
there was never supposed to be a 'The Big Littles 2" or 3 or 4..
it wasn't -that kind of movie-
as many of you are aware..
most of you not involved in some of this Human Brain inquisitive "project"  only know part of the story saw in magazines
or Youtube videos or The Huffington post.

No reporters actually were ever invited to the initial screenings for security reason of some kind
thus anything  most of the public heard about  operation Blue Screen
now called "The Big Littels One" was and is of very little relevance in terms of understanding
the 'caal to arms" by many mothers who most depicted as in the media as either "litigious" or 'hysterics"
several important people in the Department of Interior Intent
made very sure the main stream media was kept-just enough- in the loop
to not be able to say
anything too derogatory
or alarming about  what by than had begun to called simply "The Big Littles Experience"
meant to attempt to use some of the qualities of cinema
to stimulate and speed up the developmental phases of children ages  one and half to 2 and 6 months
concerning rousting areas of the child's brain responsible for 'fight or flight" alterations of adrenal a,d limbic systems as well as the area in a child's brain that produces DMT.

If you were not there
in the theater
you haven't a clue ...

many journalists un- sactioned by the mainstream media  claim they sat in the initial screening surrounded by children and their mothers during Project Blue Screen
but their explanations  of either the dynamics of the special technology used to create 'The Big Littles Experience"do not resonate with anyone
who was part of the actual testing .
Many "late night " talk show hosts and such  claim they have gotten hold of the technology  used to project this new type of film
in the very special way it was presented
with the original algorithms and light and sound 'tracks"

talk of diodes..and Direct Energy Beams
and 'The woodpecker signal' and Holograms
some speculated that the entire theater was "gassed ' with some far out hallucinogen..

Edwin McGregor stated that "The Big Little" Experiment
was not about film
not really
and certainly "The Big Littles" was not made
not meant to make money..nor was "the test" meant to entertain"


(2)  Only a very  few
in very  few zip codes nationwide
actually participated in "The Big Little" experience
and those who participated.
had ,in fact consented not only not to sue but also not to disclose the details of
"The Big Littles" Experience
all agreed to sign papers that they would not discuss
the nature of The Big Little Experience
except in various follow up sessions with researchers. in brain studies and psycho cybernetics
as  the small child
seeking suit
and being
consensual subjects
it is too early to tell

as most all children chosen to participate in the project
were asked "to participate" because they could not yet properly  understand language
or use language skills they had yet acquired.

The use of film and Neuro technology to enhance the effect of narrative purposed to be terrifying
and virtually
as dangerous as "being there"
was proposed to certain foundation and clinical research groups in the early 1990's
and than  quite a few years after that
In the first week of January 2002
Parasol Pictures  with the backing of Proxy Cybernetics and The New Way Movement  decided to begin the Project post haste
choosing to use as it's platform  'The Big Littles" books written by a unknown writer  at the time who was living either in or out of half way houses or behind a tent set up behind a mini mart in Memphis, Ohio

it was all just so - very risky
and to this day ,as I have written
nobody is quite sure IF the children exposed to the original " Big Littles Experience "
are different than those who did not see,hear, and feel
The Test-

the film ,as I have said was about reactions
and trauma
and terror being purposely shown to very young children
in a theater
with only their caregiver ,preferably a mother
to be part of the trauma..
a description of the movie ..concerning plot...by it's very
theme ...
of course makes one stop and consider 'this type of material" certainly is not for children under 3 years old
yet each color ...each sequence ...each musical interlude
was scientifically based on both the limits and also the acuity of certain pre -language
sections of the infant brain
as the film, according to the Department of Interior Intent and the Trugenic Trust Foundation
was made specifically (the angles, the lighting, the pitch of sound, heightening and dimming of radiant light ,the pace of  film speed  ...) to over whelm a child's psychological and physiology threshold
before a single word or shot was filmed
a Team of neuro scientist at Edwin Cameron College of Experimental Developmental Evolvery
in Southern California
graphed out the film
from a mixture of harmonic pulses and microwave based "silent sound hearing" algorithms
a symphony, Edwin Cameron called it, of neural spikes and  gradient p300s signals

the texture of frequency ebbed and flowed ,started  and stopped  .banged  and boomed
with  Frey Effect Direct Indirect sound  systems
meant to evoke potentials in the neural synapse
and to  send emotional and microwave signals of extreme low frequency not into "just"  audience's eyes and ears except as after thought  but straight to cortex.
first and foremost "The Big Littles" wanted to place a narrative directly into it's audiences head.
not with old  wives' tale sublimations but literally upon the audience's mind and nervous system with  frequency , pulse and wavelet. 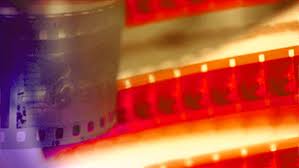