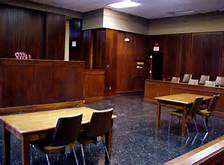 "I think Patrick knew about what was going to happen...Patrick is a Neuronaut .Gary Rainy ,the founder of Neuronautics believed children must be induced with traumatic abuse before the age 3 to force their minds to schism. Compartmentalize..and according to Gary rainy  REACH past themselves to what he calls The Eminations" Mrs Pace said in the courtroom,trying to look away from the Neuronauts that had come to protect her soon to be ex husband from her 'Enrot"..Already Patrick's protectors had done everything they could think of to make her feel as little protected as possible. Placing photographs with her eyes scribbled out in her mail box, phoning her at all hours of the night to blow a whistle in her ear,  pouring dirt into her gas tank, sending her parents sexual suggestive photos of her she Patrick had taken of her during better days.

'That's enough Mrs.Pace," the judge had told her ,"unless you want a libel suit brought against you by the Church of Neuronautics.I must confide in you Mrs.,Pace I am a Level 4 practicing Neuronaut and can assure you any such "doings' you assume or delude yourself into thinking were done to your child...to cause what you sau is a "schism' now makes me question if you are fit to care for a child. If we all need to take a "Time Out" in the proceedings and have your mental status evaluated. I myself have read the many lies and deliberate  misinterpretations  of Gary Rainy's "Trial by Fire " Steps to Child Raising . Most interpretation of Gary Rainy's science based ideologies you might have read about ,online I suppose are written by ex -members and Ruiners with nothing on their minds except blasphemy and rumor ..You say Mrs Pace you believe your husband KNEW ahead of time what was going to happen to Denny on May 7th ...a happening that ONLY OCCURED in your mind ..Does this often happen Mrs. pace you letting what goes on in your mind ,some piece of urban myth and whatnot becoming your Inner Guidance System?...Mrs. Pace have long have you felt that secret cabals and covens lurk behind every babysitter and every babysitter's boyfriend?,,By the way was this babysitter's boyfriend a Neuronaut?"

"But you do know what this babysitter's boyfriend DID to your son..although as far as I know the very reason you got a babysitter was to NOT be in your home..Are you psychic or telepathic Mrs Pace? Is that what I am missing..were you Remote Viewing your child's crib form the restaurant you and Mr. pace had gone to eat? IF something occurred concerning purposed Induced Trauma upon Denny why would anyone leave evidence of a plastic dry cleaning bag or a so call-ed Voodoo Doll?..
I find it particularly odd that YOU Mrs.,Pace concocted this bizarre tale  as so called  Ritualized Abuse  or Satanic Ritual Abuse is often something The Mother invites into her life and therefore her child's .Not the father.
Are you a witch Mrs,Pace?' The judge asked before Mrs. Pace's lawyer cried "Objection"

"The point of what you brought up not me as Satanic or Ritualized abuse has really nothing to do with Satanic worship but induced trauma and fear based on myth...so the child is forced for his sanity to disassociate..so the child in later life has alters..that a controller can trigger"

"Is that why you tried suffocating your own son Mrs. Pace? to cause Denny to disassociate..well you very much succeeded didn't you?" the judge said

The case was soon  wrapped up/ at Mrs.Pace's lawyer's urging .Patrick Pace was forced to send the now ex-Mrs. pace child support payments so long as Mr. pace did not have to see the child or the ex-Mrs. Pace again.

The judge called Mrs. pace to his private chambers to suggest that it would be her's  and Denny 's best interest never to speak of the things she had in the courthouse and furthermore NEVER to imply that Neuronautics nor any group or organization ,department  private ,secular would ever do anything to hurt a child .

"Do you understand?"the judge said rubbing the voodoo doll of Mrs. Pace's son in his pant's pocket.

Denny had been sold by Mr. Pace to the Trugenic Rational Laboratory for Reverse Brain engineering while Denny was in Layla's womb
Posted by vvvvv at 12:20 AM