touch of a button 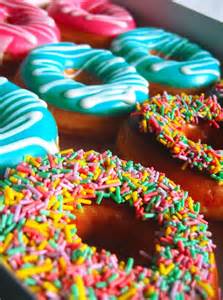 Kate assumed correctly (according to some of neural reads Layla's  ex
let her see,let her hear )
that Layla only presumed herself to be found an' Oppressive Depressive 'by Patrick
and not by others in the  Neuronautics Group
as Kate had never joined the group.

'You know the type,' Kate thought 'too much the" individual" too "special" to "just be" one of many.

Layla ,so self involved never bothered reading Gary Rainy's "Inway to the Enways"
and thus didn't know( according to what Kate knew) that Layla's condescending remarks about Neuronuatics were duly noted by many
and Layla's standing or lack there of in the Neuronautic's community
was a full on - Ruiner.

Ruiners projected their Ruinerous thinking into the atmosphere ,into  rooms .The Ruiner's energy seeped itself into plants  and animals alike..
A Ruiners Emanations latched onto neurons  as much as they settled into creases of curtains and groundwater.

Seeing Layla's  neural spikes present on Patrick Pace's computer
which was specially geared to garner Layla 's thoughts
only confirmed to Kate that Gary Rainy and Neuronautics were absolutely correct that
a person's feelings, concerns, loves and (with Layla) her hates
were not just intangible 'thoughts' inside one's mind
but measurable energy-

and energy  released as energy must.

Kate could imagine Layla looking at her own encoded moods ,perceptions,  little voice in her head on Patrick Pace's computer
and telling her that-" it was only the bio tech
they had spiked her tanning lotion with
that allowed for a person's private signals -emotions-feeling-
to actually transmit into the atmosphere.

Layla. who claimed that Neuronautics was nonsense
and one  's thinking doesn't Emanate into the air? Thought Kate

'Than who are you praying to?' Kate wanted to ask Layla
----Who is it
Up There
you wish to absolve your bad thinking...

A hypocrite, thought Kate of Layla
presuming there  was a Lord billions of miles away
unseen
who could somehow collect and read her thoughts
yet

Right Here Right Now
on this plane
does  not
COULD NOT travel around and effect the" Electromagnatics of it All"
as Gary Rainy said .

Kate told Layla that the next round of drinks was on her, expecting Layla to tell her she had had enough
and was worried about Denny and wanted to go home
but Layla simply said thanks-
as if Layla knew- how much of her "Emit" Kate felt latching upon every molecule of her Being..
eating away at her much earned de- patterning
of the decades
and eons of Emit and Enrot
that Ruiners spread like disease.
with their every waking and dreaming thought

Layla kept 'that subject' close to the vest.

Kate than removed herself to ladies room and took out her phone
and set it
the phone
to an "app' that Neuronauts used ,as well as many researchers at Proxy Cyber -
that altered the phone's  built in features
to silently ,invisibly release a small "dose' of extreme low frequency"
an ELF wave
that Neuronautics had taught Kate  could "attack" the Enrot that Layla (or any Ruiner) emitted at least until she could get to a Neuronautic's Annex in time
for a "full de-patterning ' Census Session with an accredited Mentor
for a small tithe.

Kate used her phone as one might a fumigation device
running it up and down her legs and arms ,her head ,hair ..everything.

the Ruiner's actual brain could be beamed  with enough frequency
to alter a Ruiner's emotions..make them suddenly suicidal sad or suddenly ecstatically happy.
literally with just a touch a button

One reason we needed Denny and kids like Denny 'raised NOT on Happen stance
was to control the experiments
better knowing 'what past" creates 'what present" concerning personality and so much more...

Kate ,always got bored with Patrick when a lousy explanation of something he did at Proxy Cyber turned into a damn lecture hall
and snapped Patrick out of himself
with a tight grab of his backside

"...it might change  after  we can get  her to take Denny to the "Trugenic Rational Laboratory'Patrick had said before her lips cut him off.

Finished using her phone to "de -latch" her self from Layla's "Emittance " Ingrains Kate rejoined Layla at the bar.