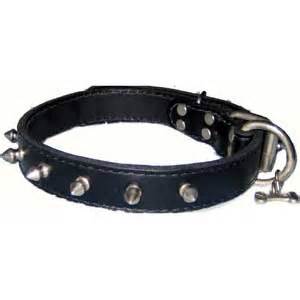 "Heath is missing again,' XXXX says through my door.

"How can Heath be missing he was in your room" I say, closing the laptop opening the door on XXXX who says ,

'Dogs like to move around' XXXX says " .Since you didn't want to be with him I let him walk around the house. Can't keep him cooped up in  one room all day.
Maybe Heath started going places he wasn't supposed to go ,opening doors he shouldn't have and stuff. "

XXXX makes a point of looking down at his phone and next making a point of reading what I suppose I am to take is written on his phone " Heath probably somehow got outside ..went his own way.. Heath I think wouldn't take any direction." XXXX stops reading his phone and looks at me ," Why should Heath care about his health or safety  ...He SHOULD BE FREE TO DO  ANYTHING HE WANTS . Maybe Heath knows what he's doing and SHOULD be able to just come and go as he pleases ...maybe in fact EVERYONE ,EVERYWHERE should just be able to just do and say whatever they want..put down anything and everything  be cause  even if they've been "gifted" and trusted with 'The New Way" nice warm home ,food  and companionship AND protection that I think is very much on the ebb.." XXXX said

"What are you talking about" I asked ,putting my jacket on to go look for Heath.

"No ,the question is not what I am talking about Dumbo  It's what YOU'RE talking about Ruiner" XXXX says following me down the stairs.,". Obviously Dumbo only cares about Dumbo .Heath's safety is  of no concern  is it? so long as Dumbo gets to vent his crazy online
because fuckin DUMBO doesn't respect for  all we do for him."

"Are you coming to look for Heath or not?" I ask XXXX, surprised  he doesn't care about the dog suddenly "Being missing". Again.

I go outside and see Heath tied to a tree .The leash deliberately tied  too small that Heath is basically unable to move without choking himself.

While untie-ing Heath from the tree
a guy wearing a hoodie comes up from a bush next door  and says "Sometimes they get rabid and need to put down  -.A shame -but some dogs
-some of a certain kind in particular-
can't!
be trained not bite the hand that feeds them."

I can't see the guys face in the hoodie and there's something so calm in the way he just spoke that is scary .He lights a cigarette and walks slowly .like purposely slowly across the street  to the passenger side of a car I hadn't seen parked there.
The lights of the car turn on and the car zips away.

XXXX comes out on the front porch seeing me undoing  the leash but not coming off the porch to help.

"See Dumbo ...see how much control you have of things
and  the way things work out .."

I put Heath under a blanket  because he's shaking ...but he soon calms down when I hold him
I don't want him to expect to be held though
but when I stop
he starts shaking so I do.

'We had a complaint that you tied a dog to a tree...is that true?' the female cop says looking at me

"It's not his dog ..It's not our dog ..we're just watching the dog for someone else" XXXX says

"Studying to be a Level 5' XXXX says/suddenly ...it's like nothing at all matters

'He's having a some troubles with his Mentoring," XXXX says.

the cop looks at me,"Hey aren't you the guy who got in trouble last year for shouting all over the streets you were some Human test subject ...'

"I should hope so...all that talk about hearing and seeing things could get a guy locked up somewhere. ALSO a guy can get in trouble writing certain things online that may INDICATE that Fella' is A DANGER to HIMSELF or OTHERS...do you understand?" the cops says.

"So how is this dog of yours.  this part time dog of yours? Is he Ok now that you decided to untie him from the tree?" The cop says to me.

"I didn't tie him to a tree someone did" I say

"hey" the cop says " ..I understand sometime some Mutts need to be trained and trained hard..." I'm not here for any other reason but to see if YOU are OK  and to  see if the dog needs to be taken..or tranquilized .. DOES HE ? OR HAS HE calmed himself down..because it seems to me THIS DOG was behaving in a very AGRESSIVE MANNER..

I don't understand what the cop is saying

"Is .the. ANIMAL. behaving STILL in a AGRESSIVE MANNER " the cop says to me in a SLOW SLOW way "OR has the ANIMAL settled himself DOWN is all I am asking"

The female cop pats me on the top of the head and says 'Well..Let's be sure to keep it that way yes?'

"Maybe your boyfriend needs to spend some more time at the Annex for some face to face Mentoring" The male cop says..he's a bit of wise ass. STILL"

'You'll see him at the  Neuronautics Annex  ..he's  also going to be on the town watch committee" XXXX says

XXXX laughs ,as does the female cop
XXXX says in a semi whisper "he's autistic"

"ahhh" the cops says,"aren't you lucky to have so many people looking after you..Little Man"

I don't know why the cop  is saying  what he's saying .The cop  he gives me what I guess is supposed to be a friendly little punch on the chin.


"well i'm glad everything is settled ' the male cops says

(2)
so who was this guy ..this guy with the hoodie..the cop laughs.

I don't know just a guy with a hoodie. I say

it is XXXX says..

was the guy with the hoodie white, black or what-the cop asks me

I think he was white I say

was he old or  young ..the male cop asks

you used to be a young  guy in the hoodie . OOOh yeah the  male cop says to his partner and to XXXX .I met this guy many times
..on the street ..soliciting ..  smoking crack//JUST DOING ANY DAMN THING HE FELT LIKE DOING

"used to do a lot of things when he was younger ..now he can't even keep a dog in a house."
the cop says  waving his hand  at me "THIS   is what drugs DO to a guy"

Don't get smart with me OK ? the cop says  Don't forget someone called US saying they thought you were tie-ing a dog to a tree.

so you were doing what to this guy with the hoodie . the male cop says .doing what you used to do.
.having sex with him
maybe not
for money
..you're a bit old for that now
but I've seen worse.

..let me see your teeth the cop says to me
see if you have meth teeth
open your mouth

I just want to know if you're being honest.  About Being clean

so you 're were having sex with this guy in the hoodie outside. Which is against the law as you know but don't care 'the male cop says
"and you didn't know what to do with the dog so you tied it to a tree."
the cop says taking his gloved finger out of my mouth
when he sees XXXX and the other cop come out of the kitchen

I didn't tie any dog to a tree I say

does he often act this aggressive the cop asks XXXX

so,
you're having sex with the  guy in the  hoodie
and you either are worried your boyfriend will see you're up to your old tricking
OR  you he probably rub the guy  the wrong way
oral sex
right ?
the cop says

No I say getting angry

I didn't rub him at all

come here with me
the cop says  holding my shoulder taking me further from house "and show me how you rubbed the guy in the hoodie"
I go with him
"rub me" the cop says
c;mon rub me first the wrong way than the right way\
the cop takes my hand and puts it on his fly
C'mon rub me.

Inside the house
the cop says to XXXX " he admits now he saw no guy in the hoodie
but I don't think he himself would do that to a dog.

must have been some false alarm ..maybe some neighbor didn't know what he was seeing

"I think we all have to make sure that we all keep our doors shut a little tighter round here is all" The cop says ,giving me a look that looked serious.

'Everything is settled " XXXX says .

"ya know' the male cop says " ..they have these chips now they put in dogs to keep track of dogs that run off at the mouth  and don't know  how to settle themselves. The chips also  allow one to give the Bad Pup a quick little jolt of shock if they get too random"

"Already got one in my husband" the male cop says than says 'ZZZZZZing"  poking me in the rib,smiling
'Joking . Joking "the cops says ,smiling and shaking his head at XXXX,while still smiling,

'Well...Everything's up to Date In Kansas City" the female cop says, coughing ,opening the door
And they both leave.


"THINK EVERY NOW AND THAN ABOUT WHAT YOU'RE DOING OK. " XXXX says ,all mean ..pointing to his phone "i need this shit like I need a whole in the head sometimes"

"it's your Job asshole ..You made watching over a grown man your JOB " I say

"YOU DUMBO " XXXX says making a gesture to poke me in the chest "Are NOT nor ever will be A GROWN MAN  but a science project Mr. Freak"
Posted by vvvvv at 12:38 AM